In the Middle Ages, the village of Zérubia Vechja was devastated by the troops of Luccheto Doria at the end of the 13th century, during a punitive expedition against the Count of Corsica Sinucello della Rocca (1221-1306). It was probably after this event that the two Lucchini brothers founded the village we know today.

This village, which probably was founded in the 15th century and where the pastoral and agricultural tradition is still important, has several bread ovens and chestnut dryers.
Zérubia has 19 buildings classified historical monument. Art lovers can visit the parish church of the Holy Trinity (13th century), which was restored in the first half of the 17th century. Today the church has a side chapel and a bell tower topped by a lantern. If you like hiking, you can run into the ruins of several chapels, which were destroyed at the end of the 13th century by the Republic of Genoa.

Zérubia is located at 34 km from Sartène, at 56 km from Porto-Vecchio and at 73 km from Ajaccio. This village is crossed by the D120 road. 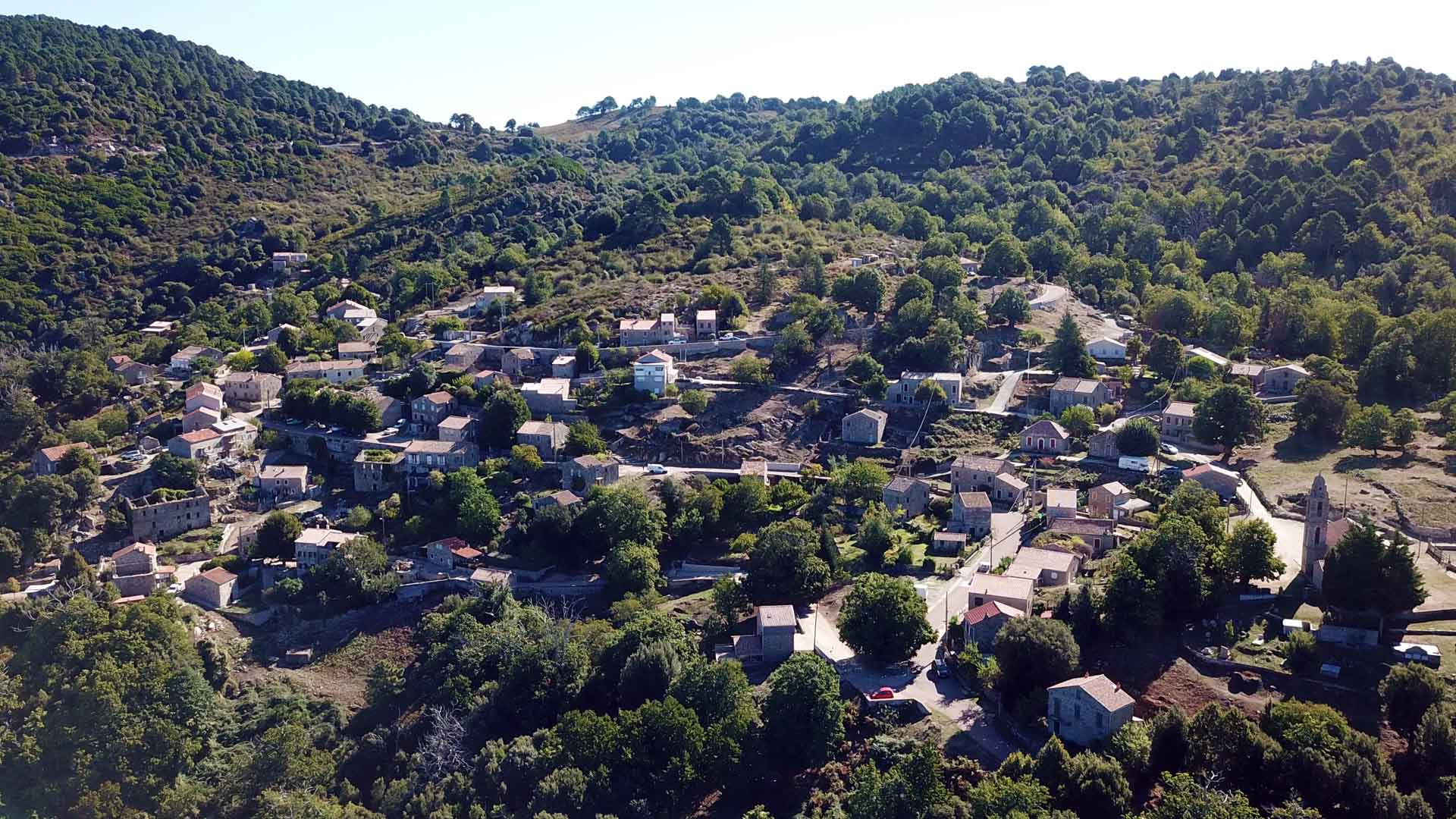