Zalana is located at 675 metres above sea level and is part of the ancient parish of Serra in Upper Corsica. It is a village surrounded by medium-sized mountains, one of the villages furthest from the sea: in fact, Zalana is located at 15 km as the crow flies from the sea and at 25 km from Aléria and from the first beach that can be reached by car. Despite its location and the presence of mountains, this village enjoys a temperate climate thanks to the beneficial presence of the Mediterranean Sea. Zalana is rich in chestnut trees, some of which are several centuries old.

This village is made up of six hamlets: A Belfasca, A Costarella, L'Aghjale, Santa Maria, U Pianellu and U Vignale. All the houses are organised in a traditional way and are built near the olive groves and the chestnut groves. You can see many oil mills and several fuconi, the typical central fireplaces of the houses that were used for cooking food and drying chestnuts.

In this village, you can visit the parish church of St Marie de l'Annonciade (18th century), which is flanked by five side chapels. Its bell tower had to be demolished in 1927 due to the risk of collapse. Some time ago, a group of people restored part of the church and reinstated the bells in the bell tower – after the demolition the bells were next to the front door of the church. Today, the association hopes to bring the bell tower back to its original appearance.
If you love walking, you can run into the Genoese bridge of Alizu, which is located on the road between the village of Matra and Zalana. 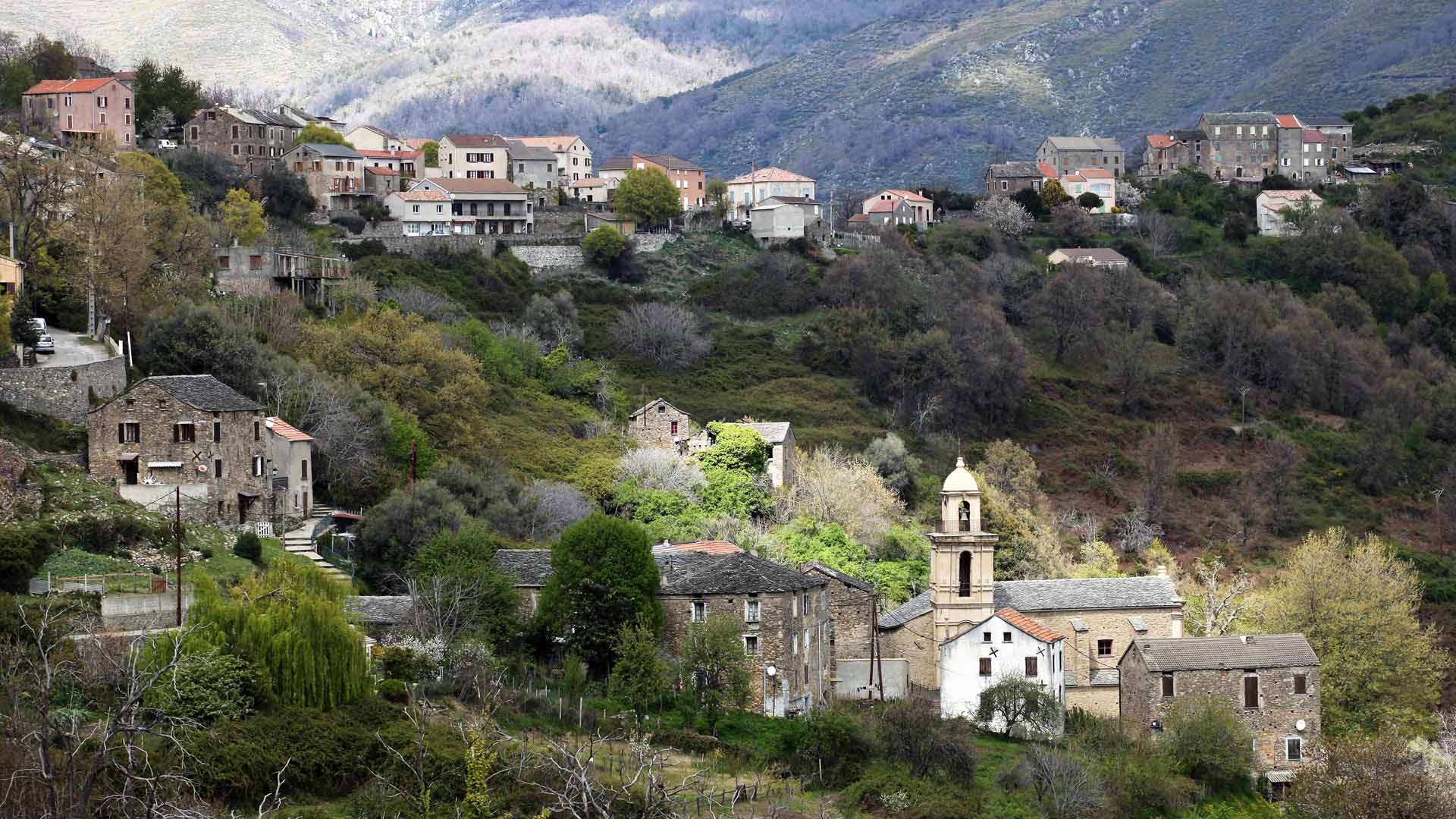