Volpajola is located at 378 metres above sea level and is part of the ancient parish of Costera. The vegetation in this village is scarce because of the frequent fires that have ravaged the Golo valley in recent decades. It is no coincidence that in this village you can find several cork oaks, which are resistant to fire.
This village is crossed by many watercourses, the most important of which are two tributaries of the Golo river: the Noceto stream and the Puretello stream. In the two streams you can find several specimens of the European eel, which is a critically endangered species: Since the 1970s, the numbers of eels reaching Europe is thought to have declined by around 90% (possibly even 98%).

The history of this small village, which dominates the Golo valley, was marked by many battles. In 1564 the Genoese general Negri was killed by Sampiero Corso's troops, but a few years later Volpajola was destroyed in retaliation by Stefano Doria's troops.
In 1740 this village was occupied by French troops who fought against Pasquale Paoli: even the parish church was damaged!

Art lovers can visit the church of the Annunciation (18th century), which was built following the typical style of the Castagniccia region. Inside this church, you could admire several works of art that managed to survive the occupation of the French troops and several fires: the stained-glass window representing St Martin dividing his cloak with a beggar, the stained-glass window representing the Annunciation (you should know that the two windows were restored in 2007) and the triptych representing the Virgin with Child between St Peter, St Vincent, St Caesar and St Martin.
You should also take a look at the church of St Caesar (15th century), which is located in the hamlet of Quarceto and which was built following the style of the Pisan period.

Volpajola is located at 36 km from Bastia, at 43 km from Corte and at 64 km from Aléria. This village is crossed by the D15 road. 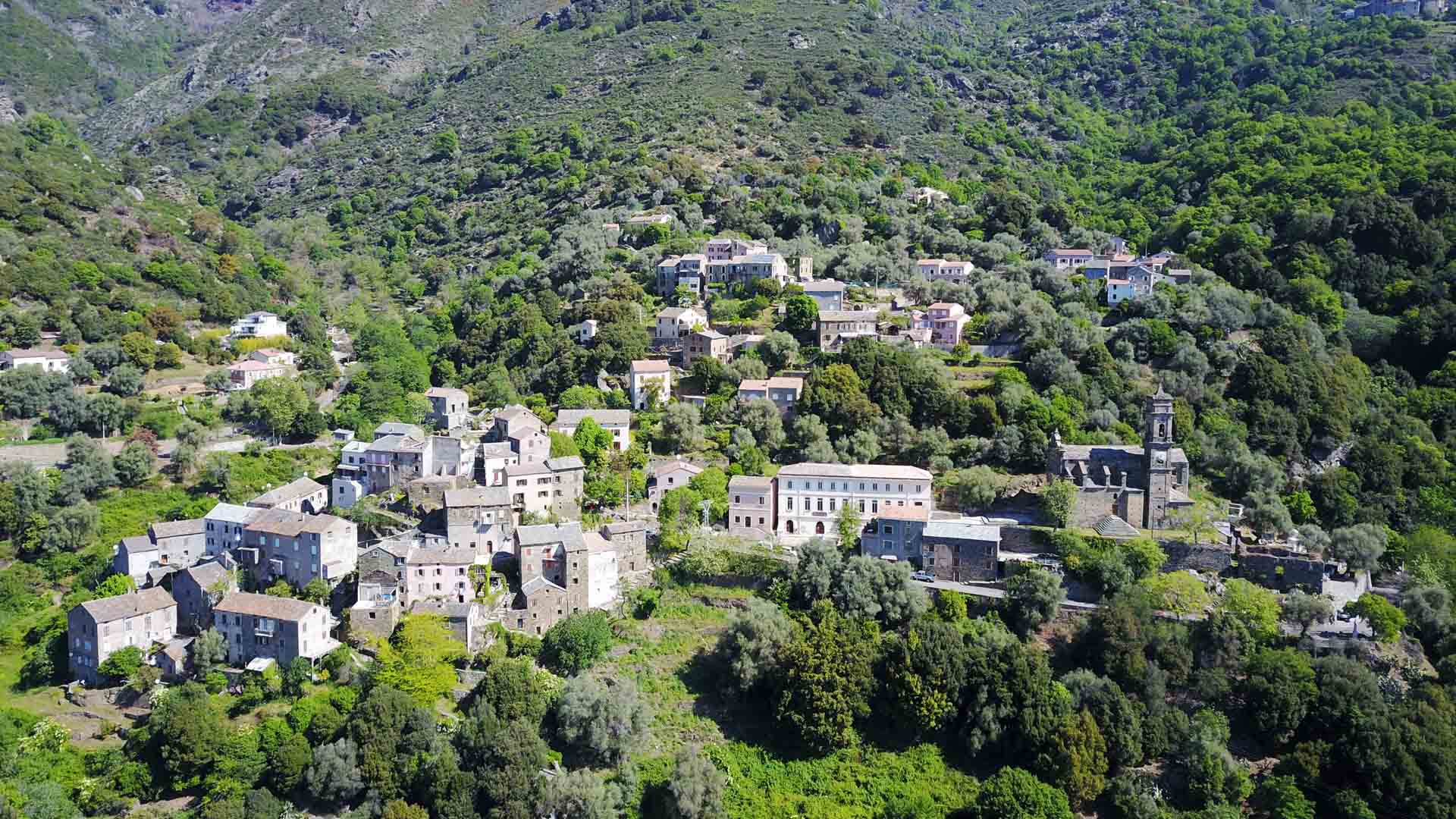