Ville-di-Paraso belongs to the ancient parish of Tuani in the Balagna region. The village is at 346 metres above sea level and its territory is situated on the Monte Cinto massif. The Regino river flows through the village, which enjoys a mild climate thanks to the influence of the Mediterranean Sea. The four hamlets that make up the village (Rustu, Olivacce, Querci, San Roccu) are full of majestic old trees. From Ville-di-Paraso, there are several excursions for people of all ages, but do not forget that the summer is particularly hot in Corsica and that water points are quite rare.

This area has a very ancient history. In fact, it has been populated since prehistoric times and several archaeological excavations have been carried out in Ville-di-Paraso: for example, in the Mutola site many fragments of amphorae dating back to the time of ancient Romans have been discovered.

This village has inspired several artists, including Maurice Utricco (1883-1955), who immortalised the parish church of St Simón and its bell tower in a painting that is now at the Prado Museum in Madrid. This church dates back to the 18th century and is located outside the village, at an altitude of 300 metres, the perfect opportunity to take a short walk. The church is quite imposing and boasts a four-storey bell tower with a clock. In addition, there are two chapels that are still in excellent condition: the chapel of the brotherhood of St Croce and the chapel of St Rocco. To conclude your walk around the village, you can cross the Centu Mezzini stream thanks to an old Genoese bridge.

You can reach this village via the D 71 road. Ville-di-Paraso is located at 16 km from Île-Rousse and at 36 km from Calvi. 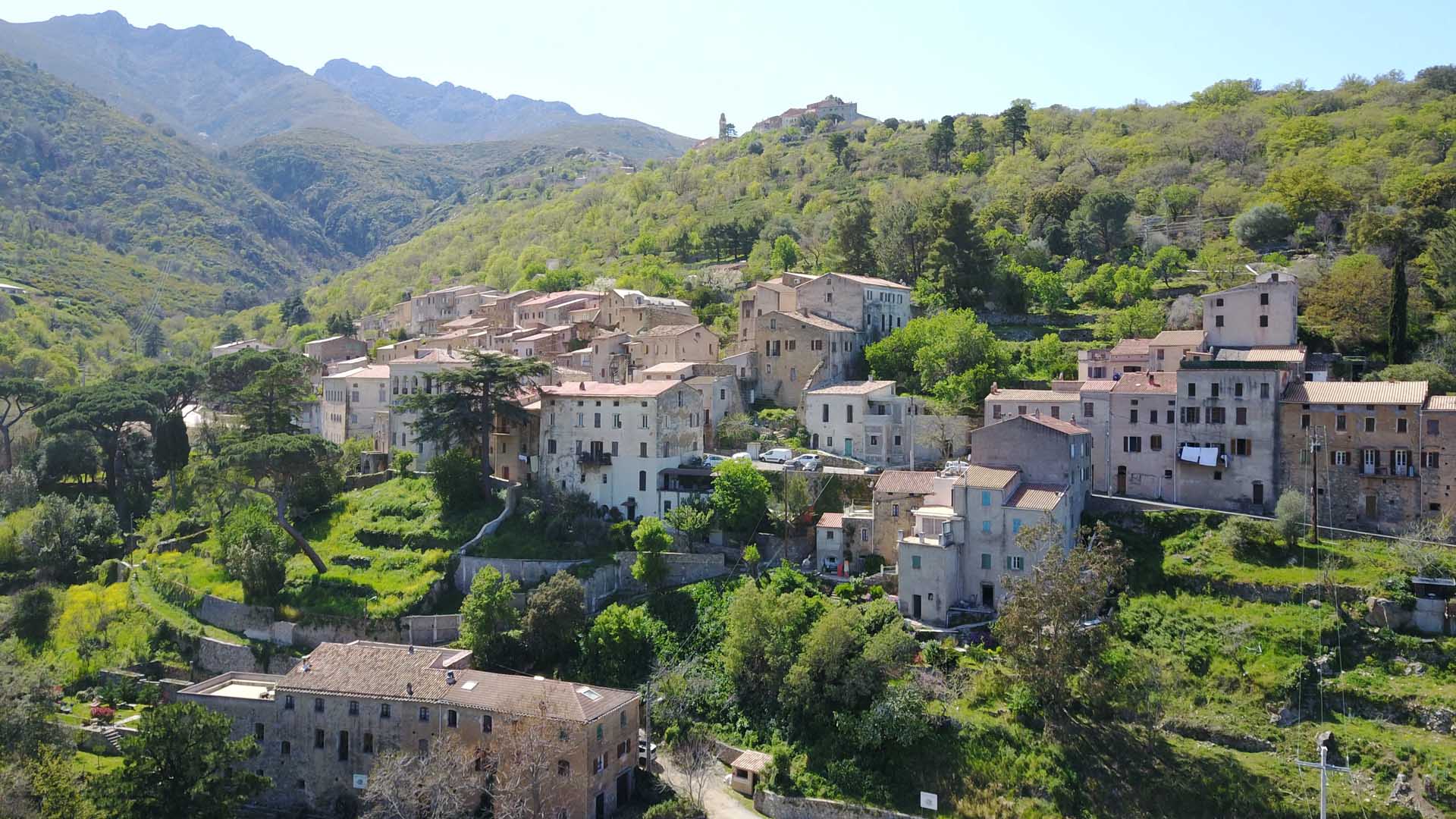