Galéria is a town in the old Filosorma pieve, south of Calvi, at the bottom of the Galéria gulf to which it gave its name, on the mouth of the Fangu and at the foot of the Capu Tondu (825 m).

It is a seaside resort as well as a fishing port and a marina in the south of Balagne. Some small hamlets occupy exploitable lands of this vast territory, which is nowadays classified.

Galéria is located to the north-west of the Corsica Regional Natural Park. The Fangu, coming down from Manso, crosses the town to throw itself into the sea in the Gulf of Galéria and creates a wetland at Pianu di l'Olmu where the cows graze. At the bottom of the eponymous gulf, Galéria is open to the westerly winds, which sometimes blow very hard.

The town is mainly characterized by the presence of wood and its forest, composed mainly of maritime pines and larches, has been protected since 1852 (Blondel agreements). The majority of its buildings and shops are concentrated in the village and around the port.

The buildings are relatively recent, dating back to the 19th century. For centuries, the pieves of this part of the coast were abandoned because of the incessant invasions of foreign pirates, who destroyed everything, pillaged, and kidnapped people to enslave them. To secure the region, in the 16th century the Genoese had built, at the expense of the inhabitants, 4 towers, which nowadays are in ruins, to prevent pirate attacks.

The village offers several tourist activities: water sports, sea trips, scuba diving. You can also enjoy a refreshing swim in the red porphyry "natural pools" in the course of the Fangu river. The marina was built in 2015, offering a hundred buoys intended for mooring boats in the bay in order to avoid individual mooring, which destroys the underwater flora (Mediterranean tapeweed). Its location, in a cul-de-sac, and its major attractions, the Scandola Nature Reserve and the Fangu Valley Biosphere Reserve, make it one of the quietest municipalities on the island. 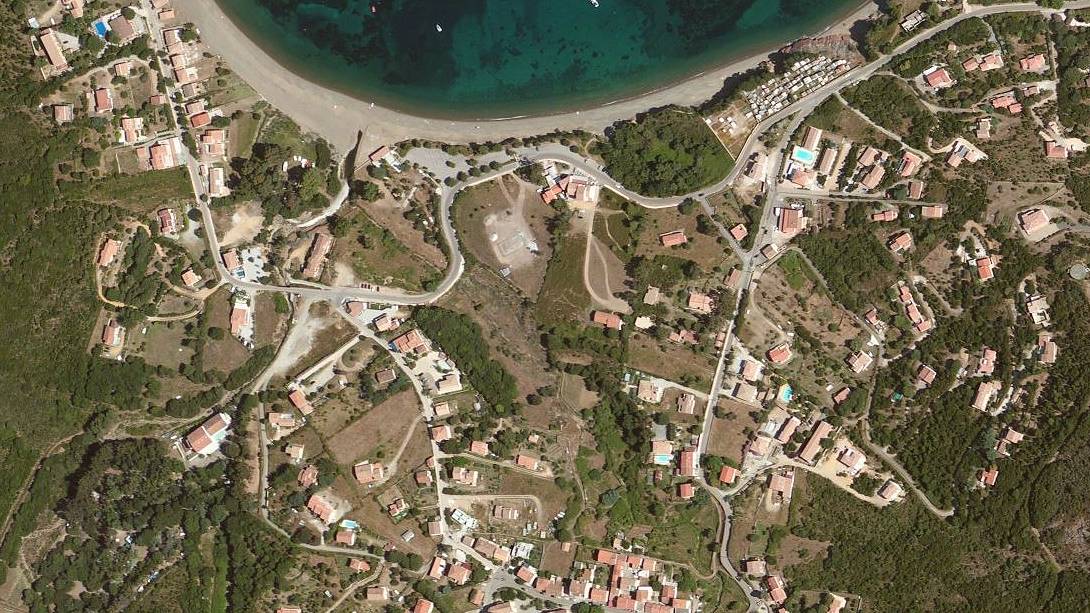