Vallica is located at 815 metres above sea level in the Balagna region, at the ancient parish of Giusanni. The village is part of a mountainous micro-region with Olmi-Cappella, Mausoléo and Pioggiola. The valley floor is rather green and covered with holm oaks while the heights are covered with Corsican scrub: myrtle, cistus, Italian helichrysum, lavender and strawberry tree.

This village is located within the Corsican Natural Park and is part of a natural area of ecological, faunal and floristic interest. It is a real paradise for hikers who can reach Cima a i Mori (2180 m), Traunatu (1711 m), Capu Biancu (2562 m), Monte Padru (2389 m), a cima di a Statoghja (2305 m), Monte Corona (2144 m)... Thanks to its altitude, Vallica is one of the few villages on the island that remain relatively cool even in summer, but make sure you have a good supply of water before setting off on an excursion.

The village is quite close to the Roman bridge that crosses the Tartagine River (480 metres above sea level), which can be reached with 40 minutes’ walk. In the heart of Vallica, you can visit the church of the Nativity (17th century), which replaced the old 13th century church. This is the parish church, which contains the relics of San Quilicu, dating back to the 7th century. This saint is said to have killed a dragon representing the devil, like the more famous St George.

Vallica is crossed by the D 936 road, which here ends in a dead end. This village is located at 60 km from Calvi and at 40 km from Île-Rousse. It’s rather isolated and that’s why is not often visited by tourists. 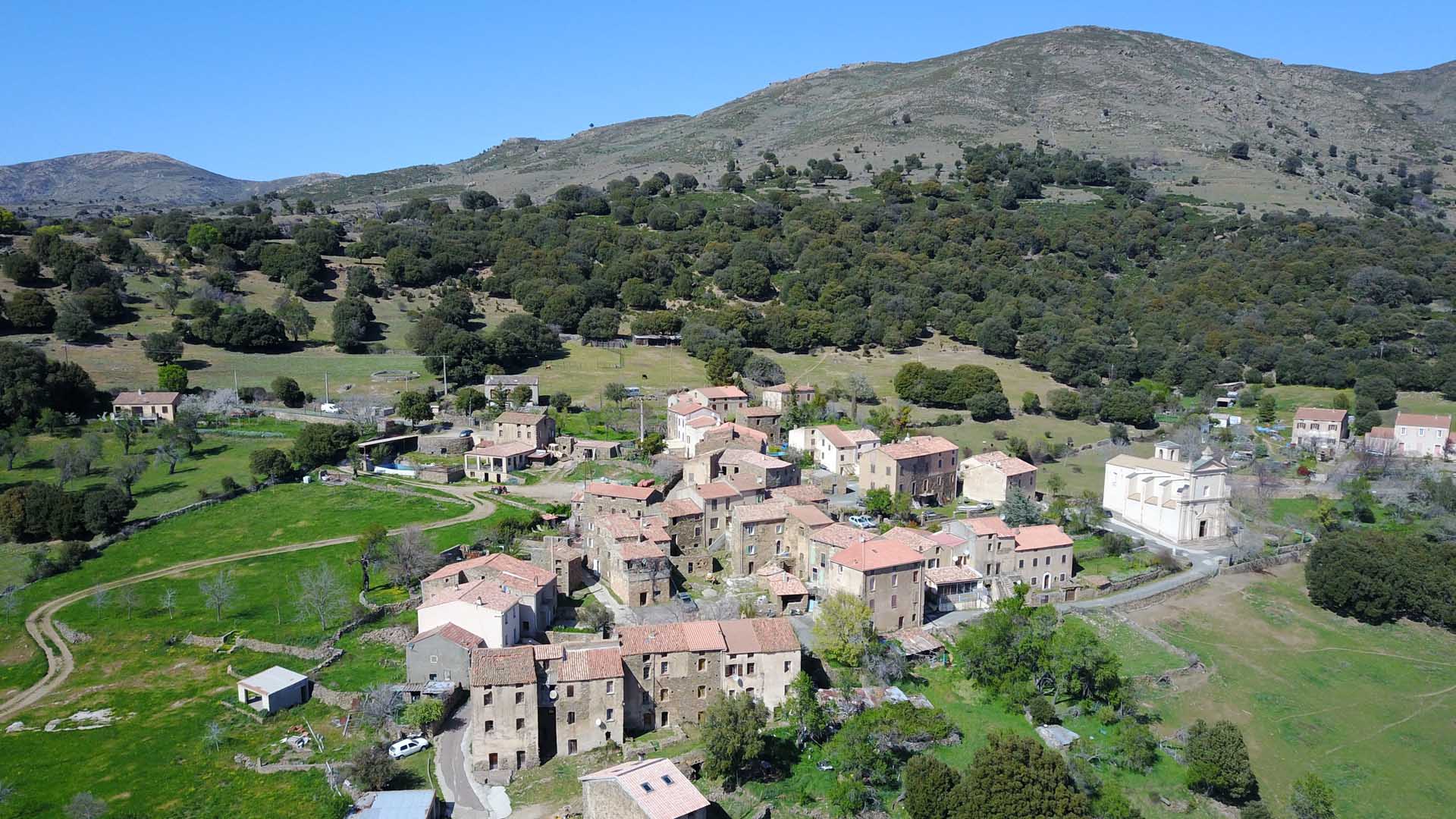