Valle-di-Rostino is located at an altitude of 490 metres and is part of the ancient parish of Rostino. The village is located in the western part of the Castagniccia and its the vegetation is quite varied: on the heights you can find chestnut trees, holm oaks, white oaks and Italian alders. On the other hand, downstream, the vegetation is made up of the typical Corsican bush which can sprout again even after numerous fires. There are also some olive trees and several arable lands. This village is made up of four hamlets: Casa Pitti, Grate, Terlaia and Valle – where the village hall is located.

It is thought that this village was founded at the end of the 16th century, when the inhabitants of the village of Rescamone, which is now completely abandoned, emigrated. There are several reasons to explain this migration: we know that in the 1554 the village was burnt down by Charles V's troops which helped the Genoese to fight Sampiero Corso and his Franco-Ottoman allies. There are also various sources referring to an invasion of fire ants, to the drying up of water sources by the Genoese and to the presence of numerous bandits.

Thanks to the discovery of several pottery fragments, we know that this area has been inhabited since the Iron Age. If you like history, then you must visit the ruins of U Castellu à a Scolca (9th-10th century), which stands on a rocky spur at 500 metres above sea level and from which you can oversee the whole valley. It is a quadrangular tower, built with stones that alternate cubic and rectangular shapes. You should also visit the abandoned village of Riscamone, where there was an ancient Roman settlement and where you can see the ruins of the chapel of St Maria di Rescamone, which was built in the 5th century and renovated several times.

This village is crossed by the D615 road, which ends in a cul-de-sac. Valle-di-Rostino is located at 32 km from Corte and at 47 km from Bastia. 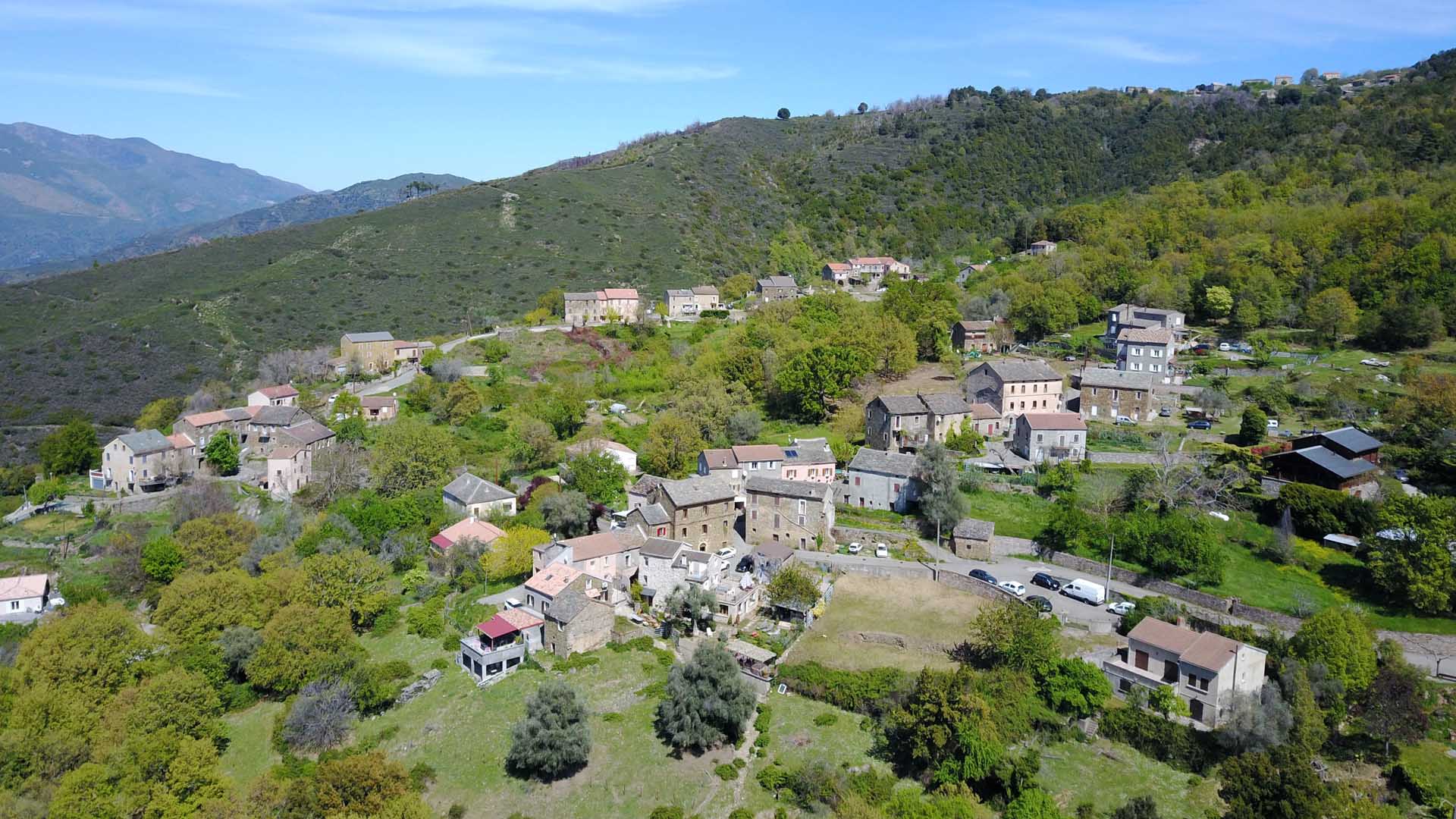