The Scalu Tower (seventeenth century), or Fabiani tower, is located on the Place de la Mairie de l'Ile Rousse. Property of the lords Fabiani, it housed warehouses and shops in the Genoese period. It contained valuables including salt, which at that time was valuable enough to need guards. Taken by the Corsican revolt against the Genoese in 1731, Paoli give the tower a different function: to protect Palazzu. Once taken by the French in 1769, the tower became the powder keg of Ile Rousse. At the end of the Second World War, it served as a prison for people suspected of having collaborated. 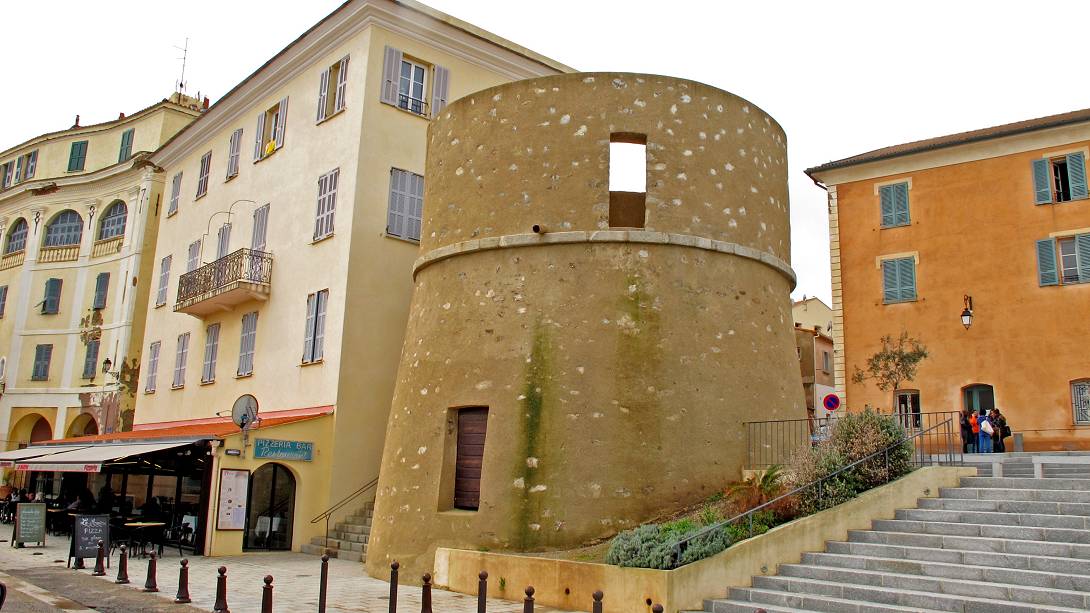