The Losso tower is located in the extreme southeast of the town of Cagnano. This round Genoese tower from the sixteenth century borders the coast. Its name "Losso" to the bones found in its foundations. It was formerly called Torre dell'Aquila (the Eagle tower) or orre de l'Acula di mare (tower of the sea eagle). Built in 1520, it protected the inhabitants from the arrival of barbarian ships. Losso tower still stands on three levels, and ends on a crenellated terrace. The top floor has a walkway with battlements. In the basement, down a stone staircase, a tunnel dug into the rock leads to the armory. At present, the Losso tower belongs to private owners. 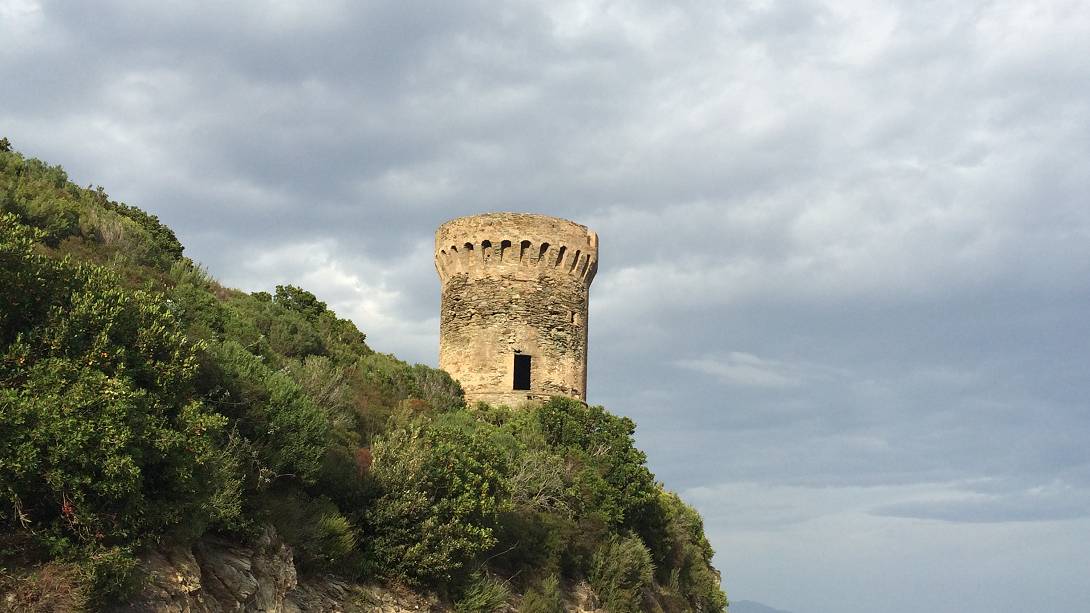