Stazzona is located at 515 metres above sea level and is part of the ancient parish of Orezza, in Castagniccia. A Stazzona means “the forge”: this small village was the most important centre of weapons manufacturing on the island. During the bathing season, this village was known as the little Paris because it had several hotels, many shops and public transport services. There was also a casino, whose the trompe-l'oeil columns can still be seen.

This village is part of the Castagniccia region, where chestnut trees dominated the territory. Today, agriculture is playing a less important role in the island's economy and for this reason the original vegetation is beginning to reclaim the lost ground.
Stazzona is part of the micro-region of Orezza, which is known for its gaseous and ferruginous springs, exploited since ancient times, and declared of public utility thanks to the abundance of iron and bicarbonate.

You can also visit the parish church of the Annunciation (18th century), which was renovated in the 19th century, where on the high altar you will see a plaque in memory of those who died for their country. This church has two side chapels dedicated to St Anthony of Padua and to St Joseph. Stazzona has a very special fountain with several spouts and basins – this fountain was dedicated to the Marquis de Marboeuf and dates back to the first half of the 19th century. 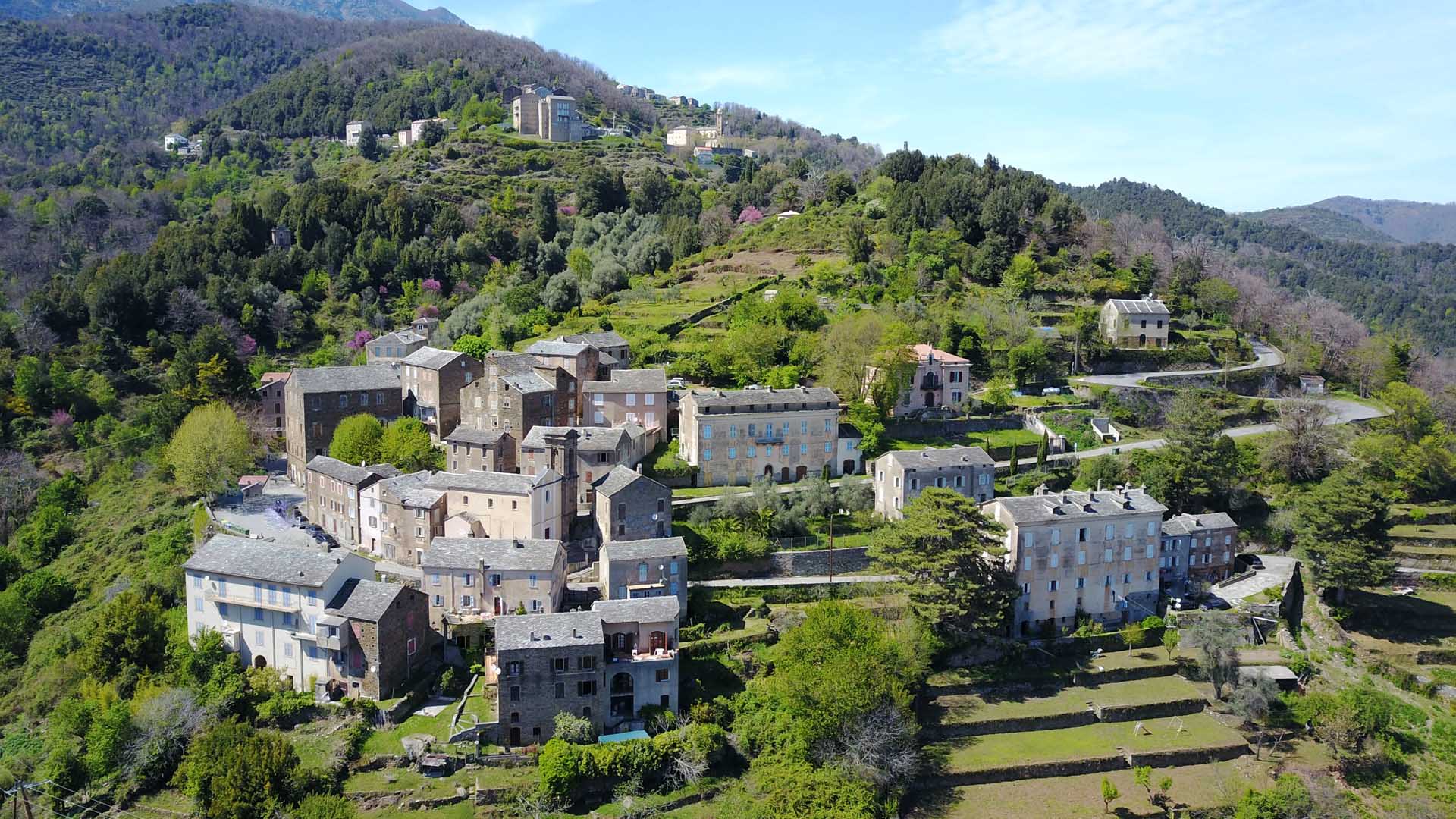