Serra-di-Scopamène is located at an altitude of 868 metres and is part of the ancient parish of Scopamène in the natural region of Alta Rocca. This village is surrounded by medium-sized mountains and is one of the few villages in Corsica that remains relatively cool even during the summer. During the winter, it is not uncommon to see the village covered in snow. It is a little corner of paradise, where you can find shelter from the hustle and bustle of summer.
The main waterways in this village are the river of Baraci and of Rizzanese and the streams of Anovu, Codi and Jallicu.

This village has a very ancient history: indeed, you can find several archaeological finds dating back to prehistoric times. During the Middle Ages, this village possessed an agricultural vocation that is still evident: you can run into the remains of several chestnut mills.

Art lovers can visit the parish church of St Nicolas (17th century), which replaced an old medieval building in poor condition. The campanile of this church was built at the end of the 17th century and was raised in the mid-19th century.
The medieval casteddu, which stands on the Punta di Cuciurpula at an altitude of 1164 metres and which dominates the Alta Rocca, is the pride of this village.

Serra-di-Scopamène is located at 37 km from Sartène, at 52 km from Porto-Vecchio and at 72 km from Ajaccio. This village is crossed by the D420 road. 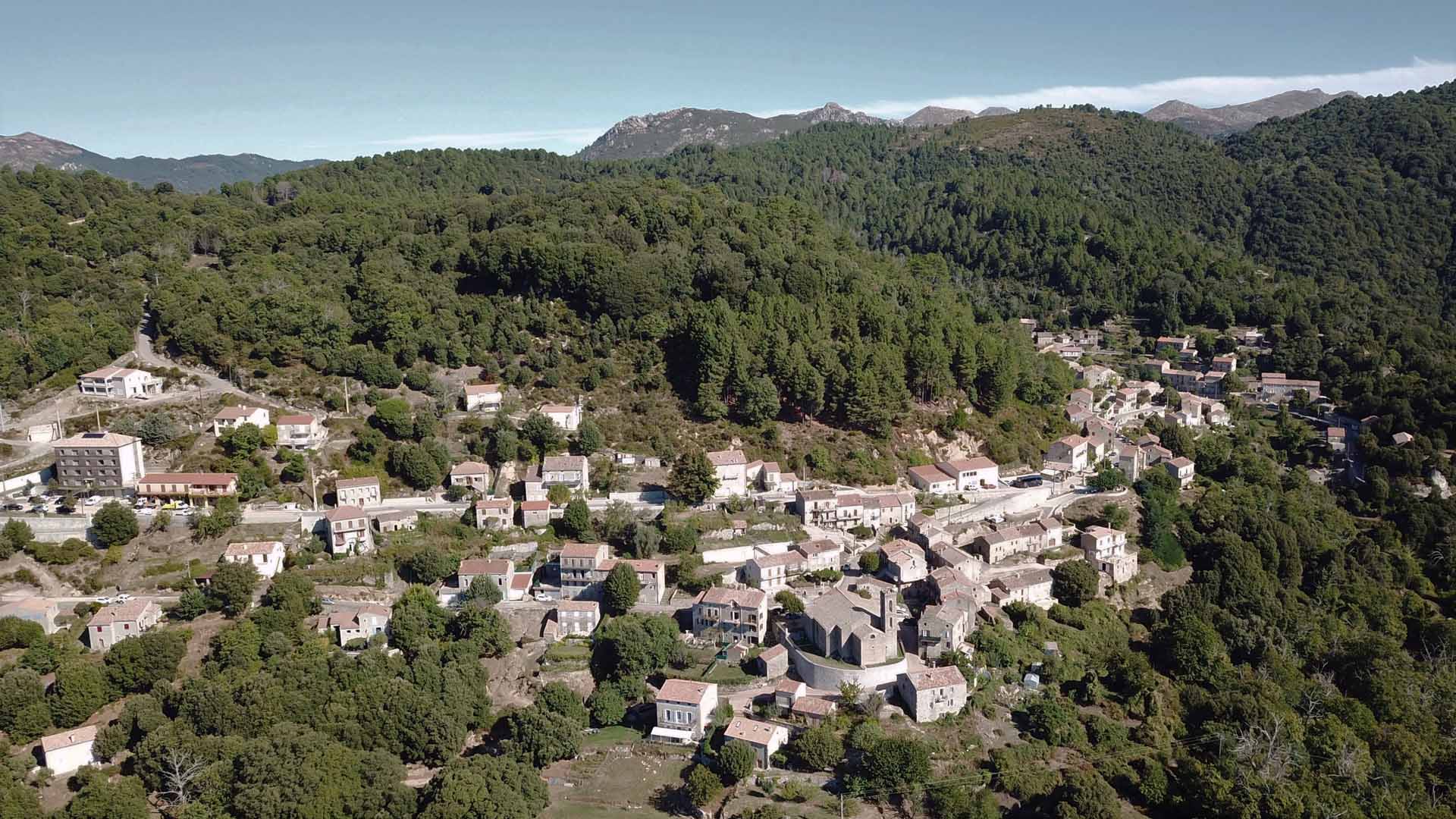