Serra-di-Fiumorbo is located at an altitude of 450 metres and is part of the ancient parish of Coasina. This village is located in the region of Fiumorbo, which culminates at 2134 metres near the peak of Monte Incudine. Like most villages on the east coast, Serra-di-Fiumorbo stretches from the inland mountain ranges to the sea: the contrast between the mountainous area and the coastal plain is part of the charm of this village. The main watercourses of Serra are the river of Abatesco, which has its source at Punta di u Faiu (1568 m), and the streams of Aglia, of Biaccino and of Sindoli.

This village has a very ancient history: the necropolis of Aglia, which dates back to prehistoric times, is located in the hamlet of Nodo. This necropolis, which was discovered in 1927 during the construction of the railway line, contains numerous tombs. Inside each grave, the archaeologists found small multicoloured stones.

Inside the village, you can visit the parish church of St Lorenzo (19th century), which is lit by two high windows. This church was built by Paolo Cardinali, as is indicated by an engraving on the entrance door. Today the church is in excellent condition and the frescoes have recently been redone by some villagers.
You should also visit the chapel of St Mary (17th century) and the chapel of St Quilico (18th century). The St Quilico’s bell comes from the chapel of St Michael, which is located near the castle of Coasina and which dates back to the 9th century.

Serra-di-Fiumorbo is located at 29 km from Aléria, at 76 km from Corte and at 102 km from Bastia. This village is crossed by the D45 road. 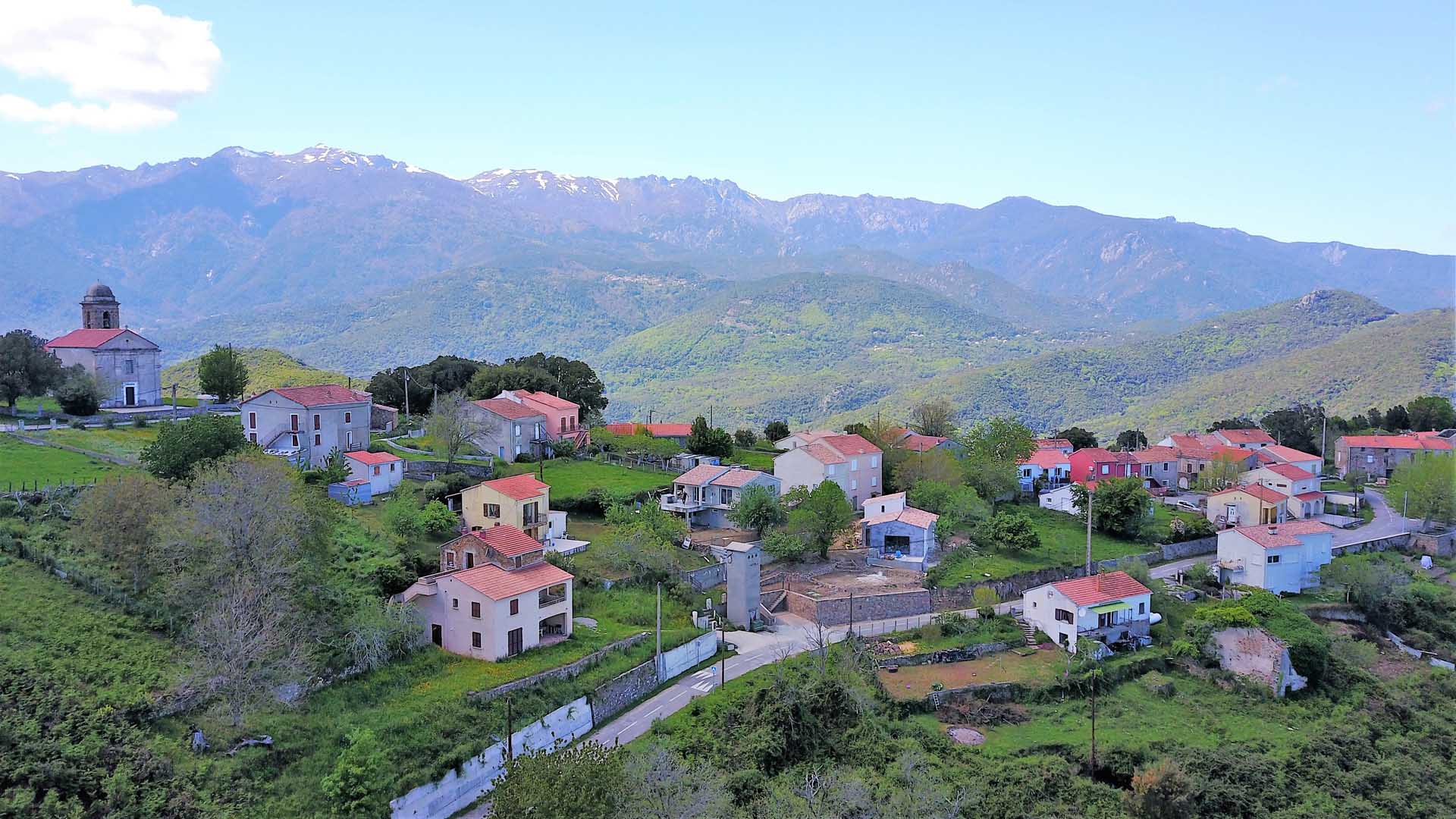