Scolca is located at 530 metres above sea level and is part of the ancient parish of Costera. It is a village surrounded by medium-sized mountains, located between the valley of Golo and the forest of Stella, whose vegetation consists of holm oaks and downy oaks.  The highest peak in this village is Cima U Spazzolu (1234 m), while the main waterways are the Golo river and the Felicione stream.

Petr'Anto Scolca was born in 1966 in Scolca and is the author of several short stories and of several noir novels set in Corsica. Furthermore, he translated the biography about Pasquale Paoli written by Francesco Domenico Guerrazzi (1804-1873), an Italian writer who lived during the Italian Risorgimento. Scolca is also the birthplace of Antoine Mattei (1917-1981), a French Foreign Legion officer who was made famous by Paul Bonnecarrère’s books and who wrote Tu survivras longtemps. Mattei is a true legend of the Third Battalion, the most decorated battalion of the Foreign Legion.

If you love art, you can visit the parish church of St Mamilien (16th century), which has been renovated several times and whose bell tower was built about ten metres away from the church because of the instability of the ground. You should also visit the chapel of St Sebastian (17th century) in the centre of the village and the chapel of St Roch (16th century) in the hamlet of Erbaggio. In Scolca you can also admire some fountains, two of which were used as washhouses.

Scolca is located at 38 km from Bastia, at 45 km from Corte and at 65 km from Île-Rousse. This village is crossed by the D7 road. 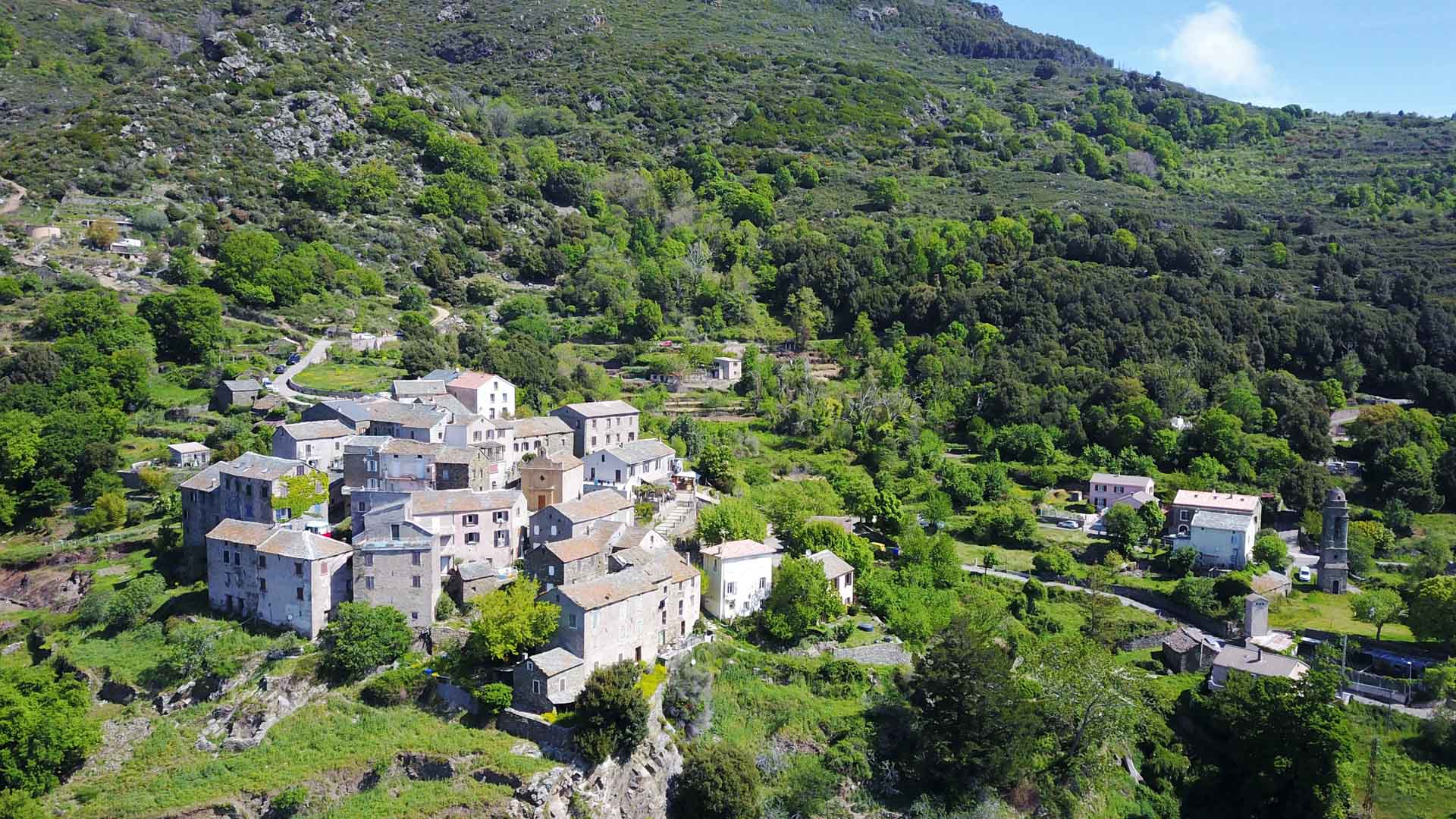