Scata is located at 520 metres above sea level and is part of the ancient parish of Ampugnani in the region of Castagniccia. It is a landlocked village surrounded by medium-sized mountains. The culmen of Scata is at 1767 metres above sea level, near the Monte San Petrone. Several peaks can be reached from this village, such as Monte Croce Riolo (951 m) and Monte Sant'Angelo (1218 m). This village is part of the regional natural park of Corsica.
Scata is crossed by several waterways, but the main one is the Fium'Alto, which flows directly into the Tyrrhenian Sea.

Scala has an ancient history. In fact, this village was founded ten centuries ago and is one of the oldest villages in the region of Castagniccia. Several remains dating back to Roman times have been found, not to mention the numerous devotional niches and mangers dating back to the medieval period.

The urban and the architectural heritage of this village is rather rich, that is why you should take a moment to walk around Scata. Art lovers can visit the Romanesque parish church of St Cecilia (16th century). This church has been modified several times and is now a chapel of brotherhood.
In the hamlet of Lumito you can run into the remains of an ancient castle and into the ruins of the Romanesque chapel of St Martino (10th century), which was the private chapel of the Countess Matilde di Ampugnani.

Scata is located at 48 km from Bastia, at 56 km from Aléria and at 72 km from Corte. This village is crossed by the D36 road. 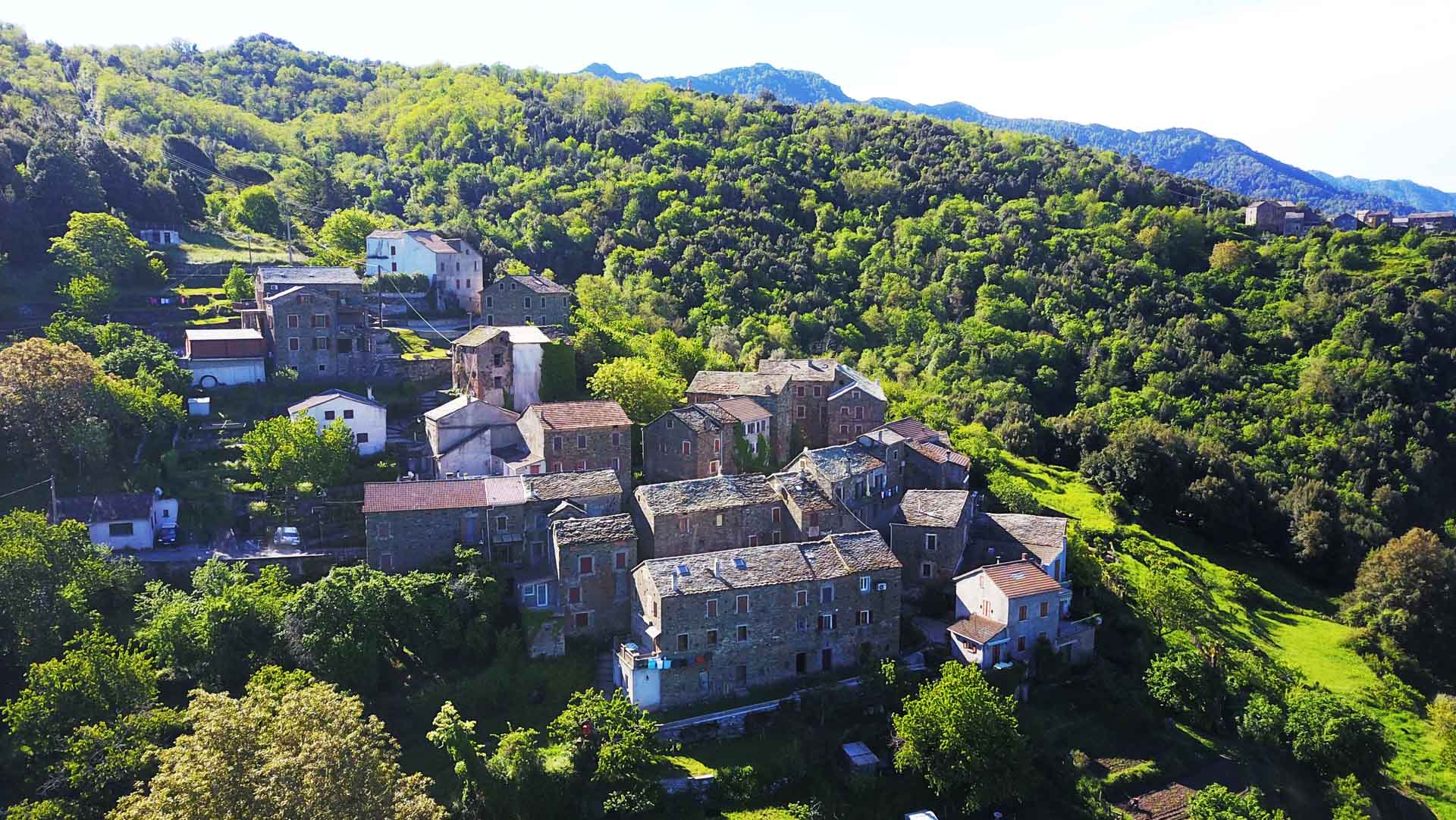