Santa-Reparata-di-Moriani is located at 620 metres above sea level and is part of the ancient parish of Moriani. This small village is surrounded by medium-sized mountains and is located after the pass of Tribbiolu. It is made up of two hamlets: Forci and Penti. The vegetation of this village is quite lush and hikers will run into several centuries-old chestnut trees. Despite its altitude, Santa-Reparata-di-Moriani enjoys a temperate Mediterranean climate.

Santa-Reparata-di-Moriani is home to the refuge of Luna Piena (650 m), the first stop of the Mare a Mare Nord trail – a circuit of hiking trails that crosses Corsica from east to west, or vice-versa.
From here, you can reach the pass of Frate Mortu, where a legend says that a monk died in the snow while trying to reach the convent of Alesani. It is to honour the memory of this monk that people leave a stone and a stick so that he can build his home in the other world.

This village has a very ancient history: the fountain of Acqua Acitosa was already exploited in Roman times thanks to its carbonated and ferruginous springs.
During the 19th century, this village was the hiding place of several bandits and today you can visit the cave of the bandit Natale.

Art lovers can visit the parish church of St Reparata (17th century), which has been restored several times and which is now in excellent condition. The church is quite simple and has only one altar, but in the second half of the 18th century it was enlarged and equipped with a vaulted roof. You should also visit the chapel of St Anthony of Padua (Penti, 17th century), which is flanked by a campanile, and the chapel of St Anthony Abbot (Forci, 18th century).

Santa-Reparata-di-Moriani is located at 46 km from Aléria, at 54 km from Bastia and at 78 km from Corte. This village is crossed by the D34 road. 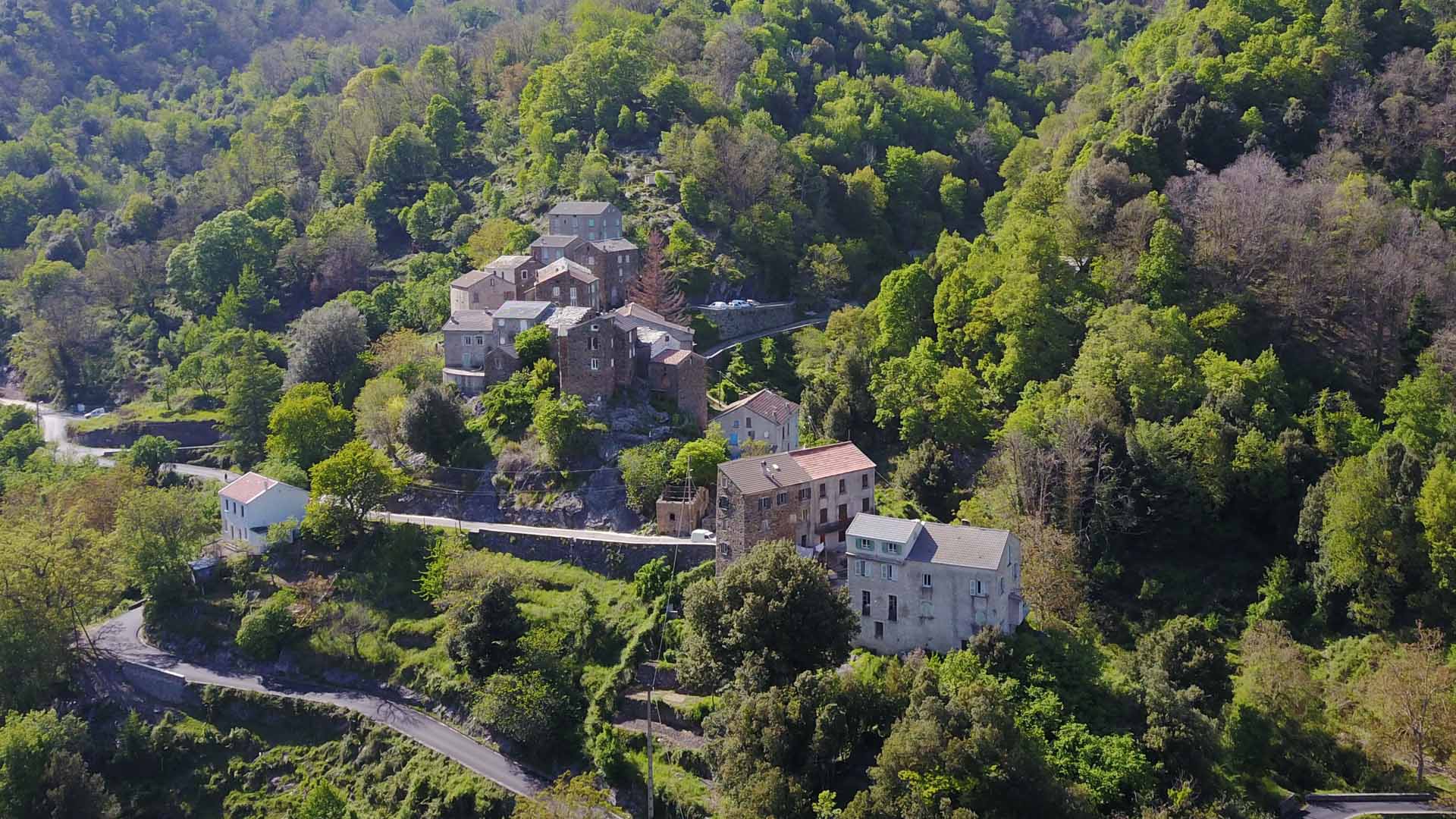