Santa-Maria-Figaniella is located at 450 metres above sea level and is part of the ancient parish of Viggiano. It is a village surrounded by medium-sized mountains, where holm trees and Corsican maquis compete with each other.
The main watercourse in this village is the Baraci river, which has its source at an altitude of 1040 metres. There are also a lot of streams such as Barab, Bruscaju, Capannajola, Firuletu, Giavina, Mulina, Scala and Verju.

During the Middle Ages, this village was attacked by Barbary pirates and by Saracens. For this reason, the population had to leave the littoral and to seek refuge in the highlands, where archaeologists have recently discovered numerous prehistoric sites.

Art lovers can visit the parish church of St Mary of the Assumption (12th century), which has been restored several times and which is considered one of the best examples of Corsica's Pisan heritage. This single aisle church is classified historical monument and is very particular. Indeed, you should know that the decorations of this church are very detailed and quite unusual: you can see legendary creatures, angels and demons, plants and animals and some mysterious knights... You may think that the knights look like Mongolian knights, a fact which has given rise to much speculation about the possible presence of Mongolic warriors in Corsica.
You can also run into the ruins of several chapels and into the ruins of some old churches, which bear witness to the past importance of this area.

Santa-Maria-Figaniella is located at 23,5 km from Sartène, at 61 km from Porto-Vecchio and at 84 km from Ajaccio. This village is crossed by the D19 road. 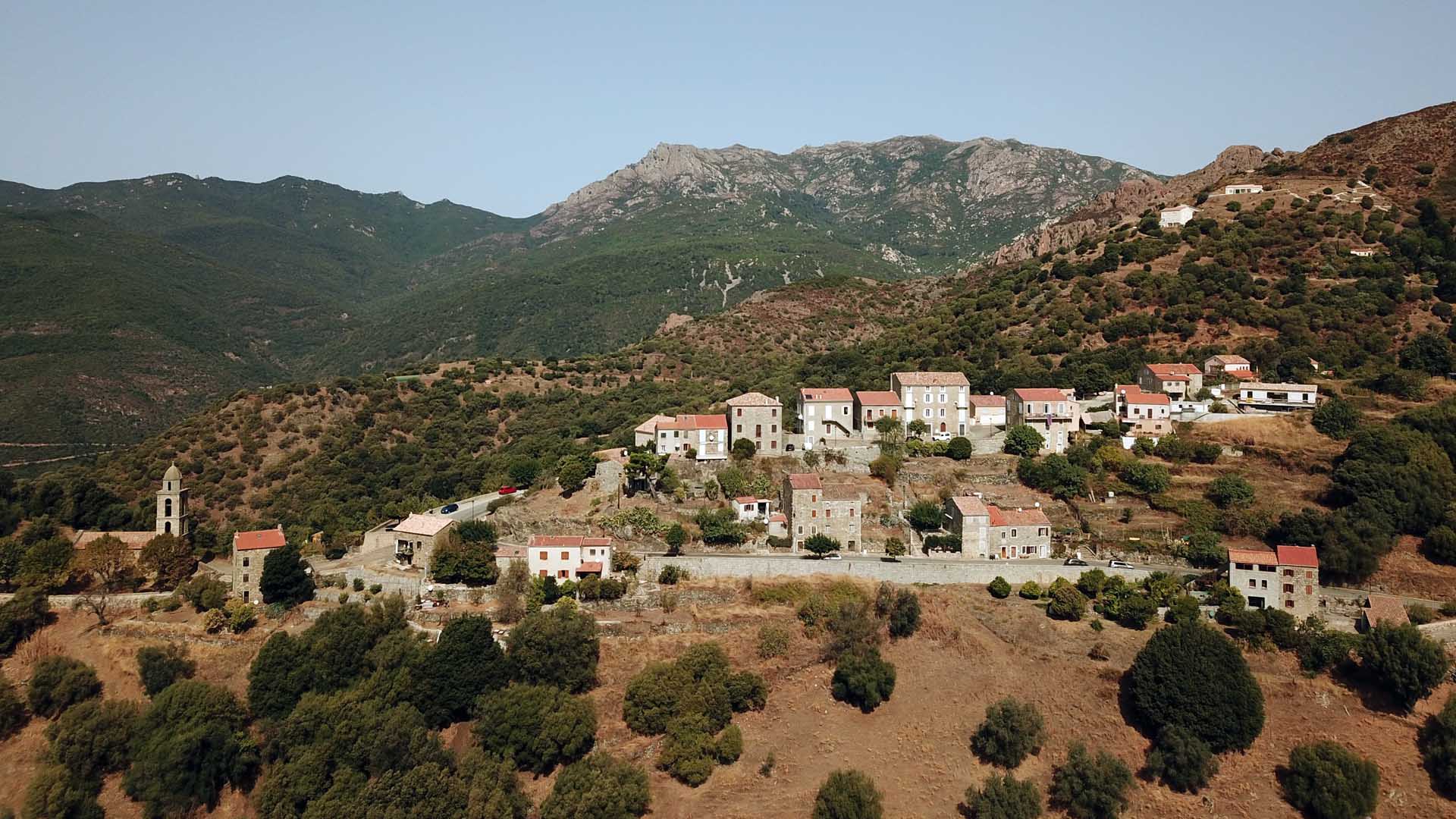