With its 726 inhabitants (as of 2017), San Giuliano is the largest municipality in Costa Verde. Its territory covers an area of 23.93 km2. It is close to the town of Cervione, about 20 minutes north of San Giuliano.

The village of San Giuliano reunites several hamlets, notably Alistro, San Gavino, Rascine, Onéo, Favalello, Careggia and Panglione. The villages of the region are all connected by a hiking trail.

The village has a remarkable architectural and historical heritage, with the parish church of Saint-Julien (San Ghjulianu) in Favalello built in 1884, the Saint-Joseph chapel in Careggia, dating back to the 18th century, and the Sant'Antone chapel, which was probably built in the 17th century.

You can also see a typical characteristic of the region: shale houses with slate roofs.
San Giuliano is also a seaside resort with its fine sandy beaches: the San Giuliano beach and the wild beach of Alistro. 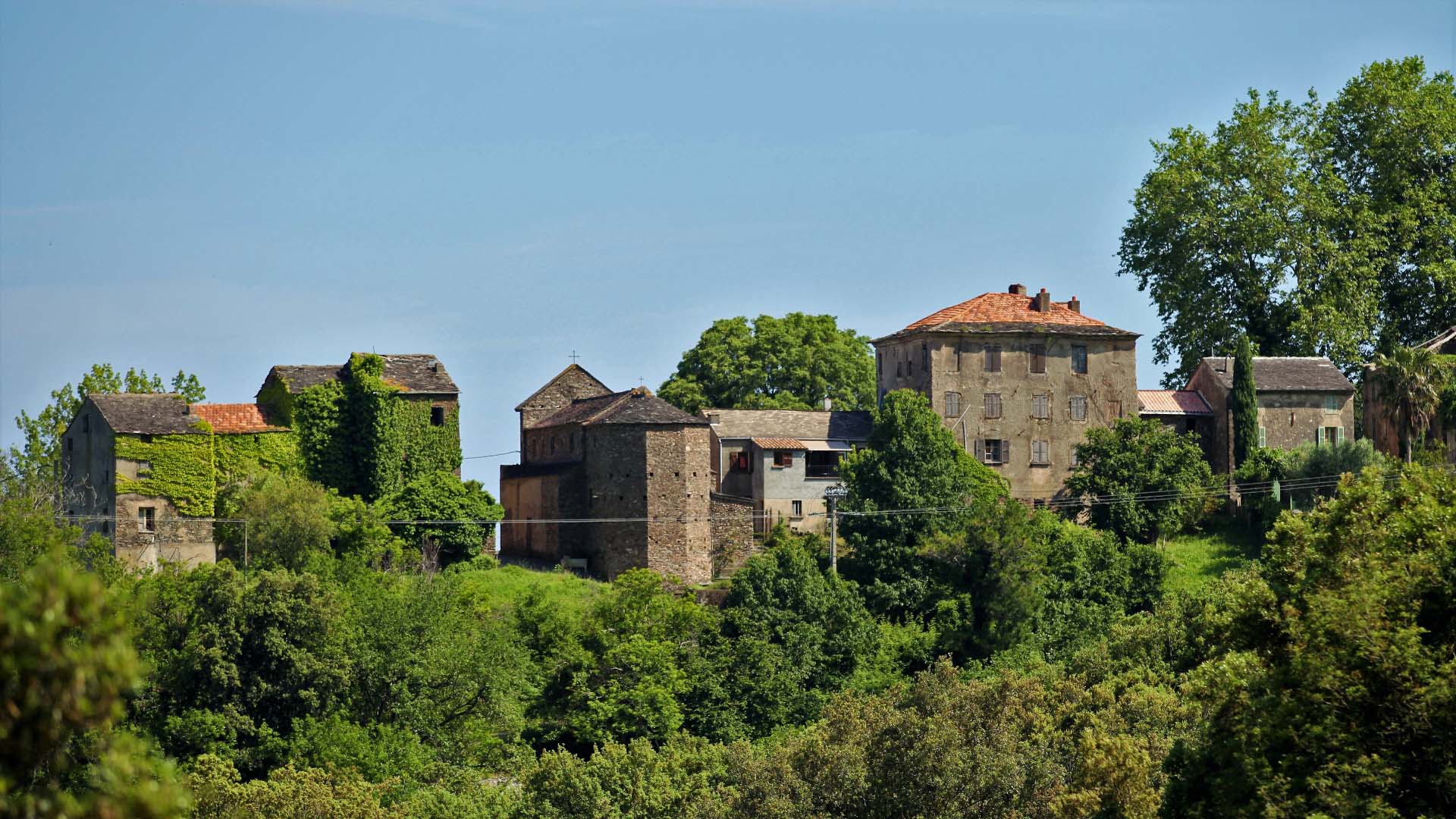