Saliceto is located at an altitude of 764 metres and is part of the ancient parish of Rostino, in Castagniccia. The village is nestled in a high valley and it enjoys a mild Mediterranean climate, even in the middle of winter. Saliceto is located on the border of the regional natural park of Corsica. The village is crossed by two streams, A Casella and U Piracciu, which in the past were essential for the chestnut and wheat mills that are now in ruins. From Saliceto, you can walk through the forest of Pineto or reach the waterfall of L'Acqua Felice.

This village has a very ancient history, the human presence is attested by engraved rocks, prehistoric fortifications and several menhirs. Saliceto was on the front line against invasions, that is why you can find many old fortified houses, such as a Torra – the old residence of the Saliceti family.

In general, this village has made great efforts to preserve its ancient aspect – many houses still have external niches on either side of the windows, which were used for public lighting or for chamber pots.  In Saliceto, you can visit the parish church of the Annunziata (18th century), which was built in place of a private chapel built by the Catoni family. The piers of this door come from Christianised menhirs.
After a walk, you can visit the ruins of Castellà, a prehistoric site dating back to the Bronze Age which is located at an altitude of 1060 metres between Saliceto and San Lorenzo. 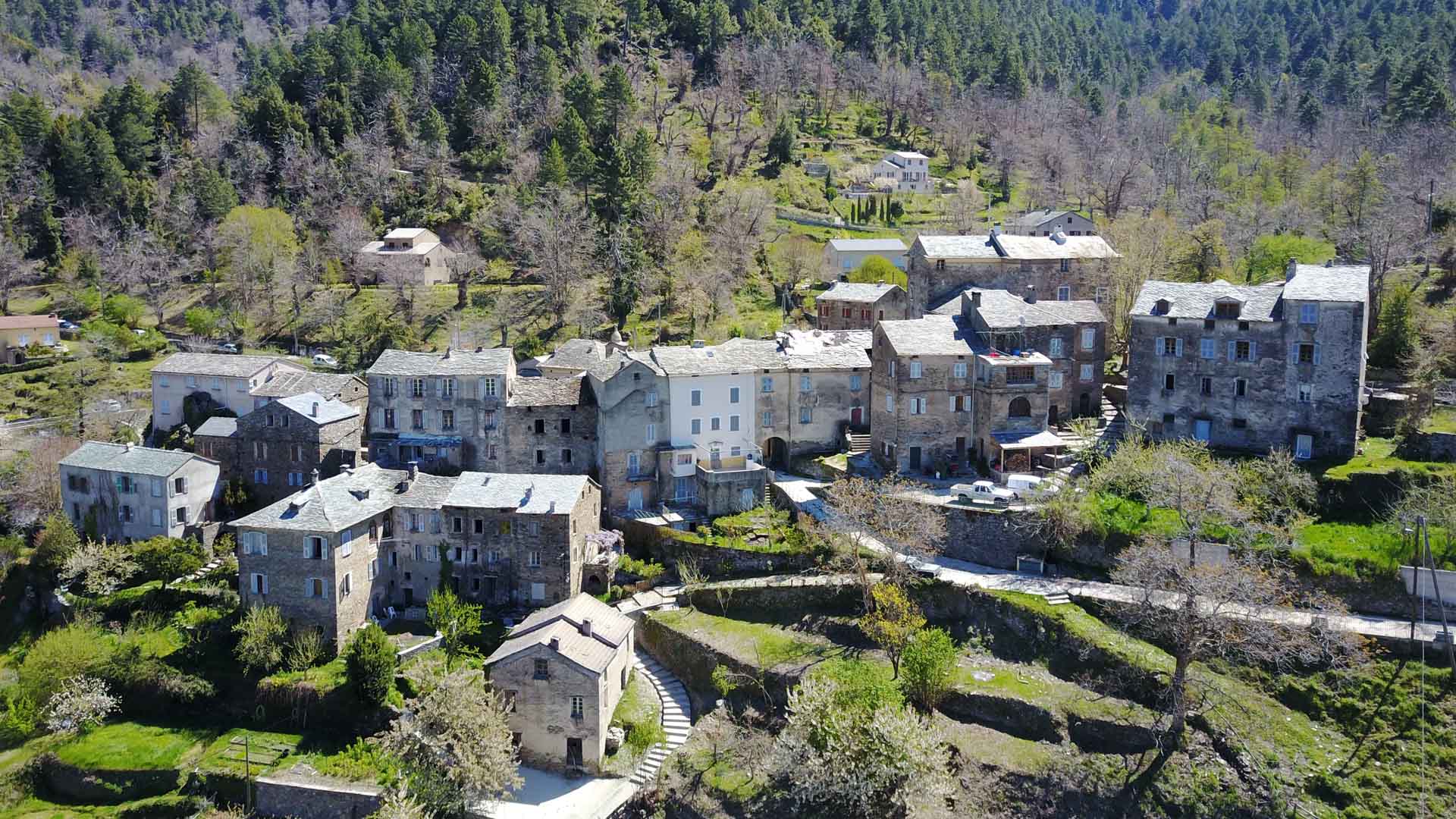