Capu di Roccapina is located south of Sartène. It is part of this same municipality, whose territory is the largest in Corsica.
The overhang in the sea separates the Gulf of Roccapina to the north from Cala di Roccapina to the south. The latter is on the edge of the "Bouches de Bonifacio" Nature Reserve. On either side of the cape are some remarkable beaches: the large beach of Erbaju in the north, the beach of the Roccapina inlet to the south. At the southern end is the mouth of the Vangone creek.
The rocky point, whose highest point is located at 144 m above sea level, is remarkable for the panorama it offers. This spot is called Lion de Roccapina.
Access
The beach of Cala de Roccapina is accessible by a track that starts at the small hamlet of Asinaja, along the RN196. This track leads to two parking spots.
Where the national road 196 crosses the Roccapina Pass (Bocca di Roccapina), a promontory whose end is surmounted by a Genoese tower draws attention thanks to a rock of pink granite whose shape, carved by the erosion, looks like a lion lying down. According to the legend, a lord nicknamed "the Lion" by the barbarians would have been petrified after having, on a hunting day, invoked death in front of a young woman who refused him... 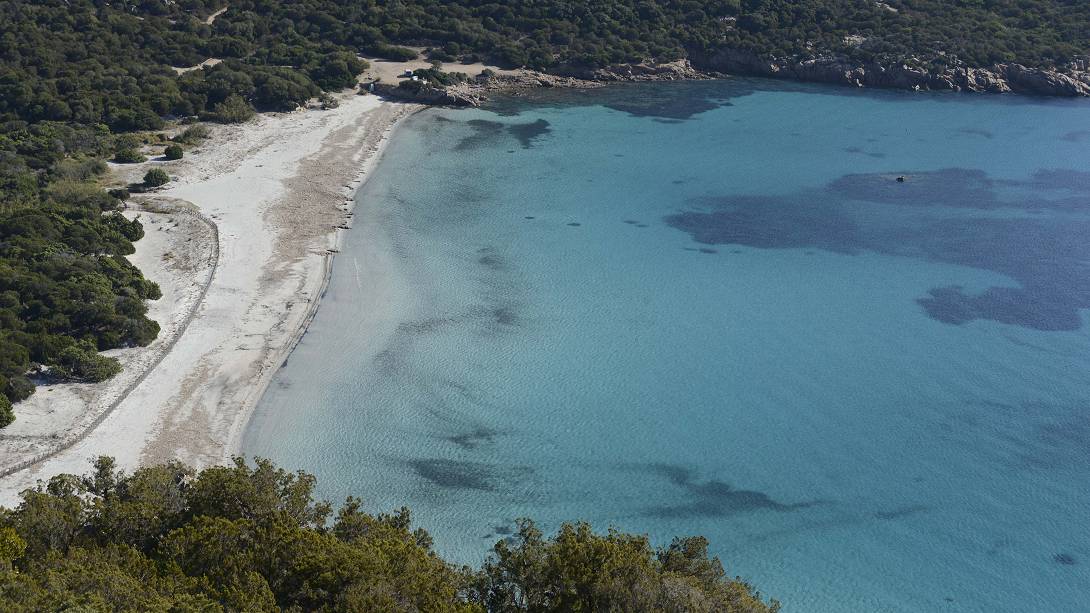