This village is located in the Cruzini pieve, in the valley of the eponymous river rising above Pastricciola until reaching the Liamone river, which flows into the Mediterranean Sea at the Gulf of Sagone, north of the Gulf of Ajaccio.

The toponym Rezza was chosen to designate the entire municipality, which is made of 5 villages. To be more precise, it is a phytonym: as is often the case in Corsica, a plant is at the origin of the name given to a geographical place. In this case, the village was named after an endemic species of bramble. But it was not always so, and the choice of Rezza as the name of the village constitutes a singular anecdote.

The municipality adopted this toponym only in 1921 to the detriment of Scanafaghjaccia, which had been used until then.
Jean-Dominique Nicoli, mayor of the municipality of Scanafaghjaccia, received an unusual request from the prefectural administration. They asked him to change the name of the village because its spelling and pronunciation were deemed too complicated.
Thus with the decree of April 23, 1921, published in the official journal of May 12, 1921, Scanafaghjaccia became Rezza. 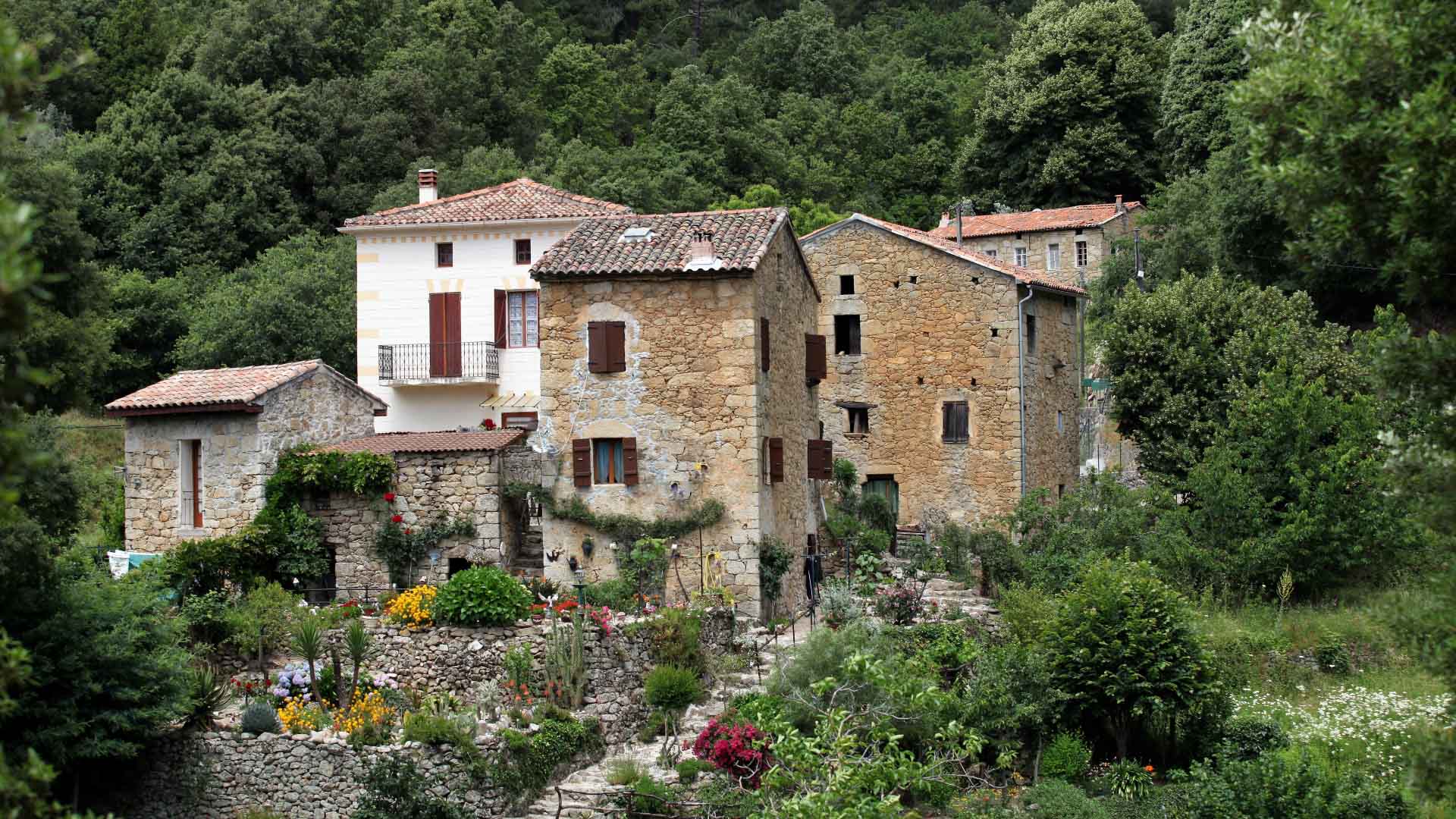