Rapale is located at 400 metres above sea level and is part of the ancient parish of San Quilico, in the natural region of Nebbio. This village, which is surmounted by medium-sized mountains, is built on a rocky ridge and overlooks the plain of Oletta. Rapale is home to the oldest photovoltaic power station on the island, which is located in an area that extends over 48 hectares and which has a capacity of almost eight megawatts. This small village is an excellent starting point for discovering the natural heritage of Corsica: if you love walking pay attention to the Corsican maquis which can be quite dangerous, especially during the summer.
The main waterways of this village are the river of Aliso and the streams of Fornello, Salinelle and Spizicciu.

In this village, archaeologists found a cave containing several finds such as vases, rounded stones, ashes of animal bones and several graves.

Art lovers can visit the parish church of St Mary of the Assumption (17th century), which has been renovated several times. This church is part of the Inventory of Corsican architectural heritage and contains various artistic and cultural works. You should also take a look at the ruins of the ancient chapel of St Cesaro (13th century), which is located on the heights of the village at an altitude of 500 metres and which is about a thirty-minute walk from the parish church. This chapel, which is considered the twin of the church of St Michele in Murato, has the particularity of being built entirely of serpentine (a local green stone).

Rapale is located at 26 km from Bastia, at 60 km from Île-Rousse and at 73 km from Corte. This village is crossed by the D62 road. 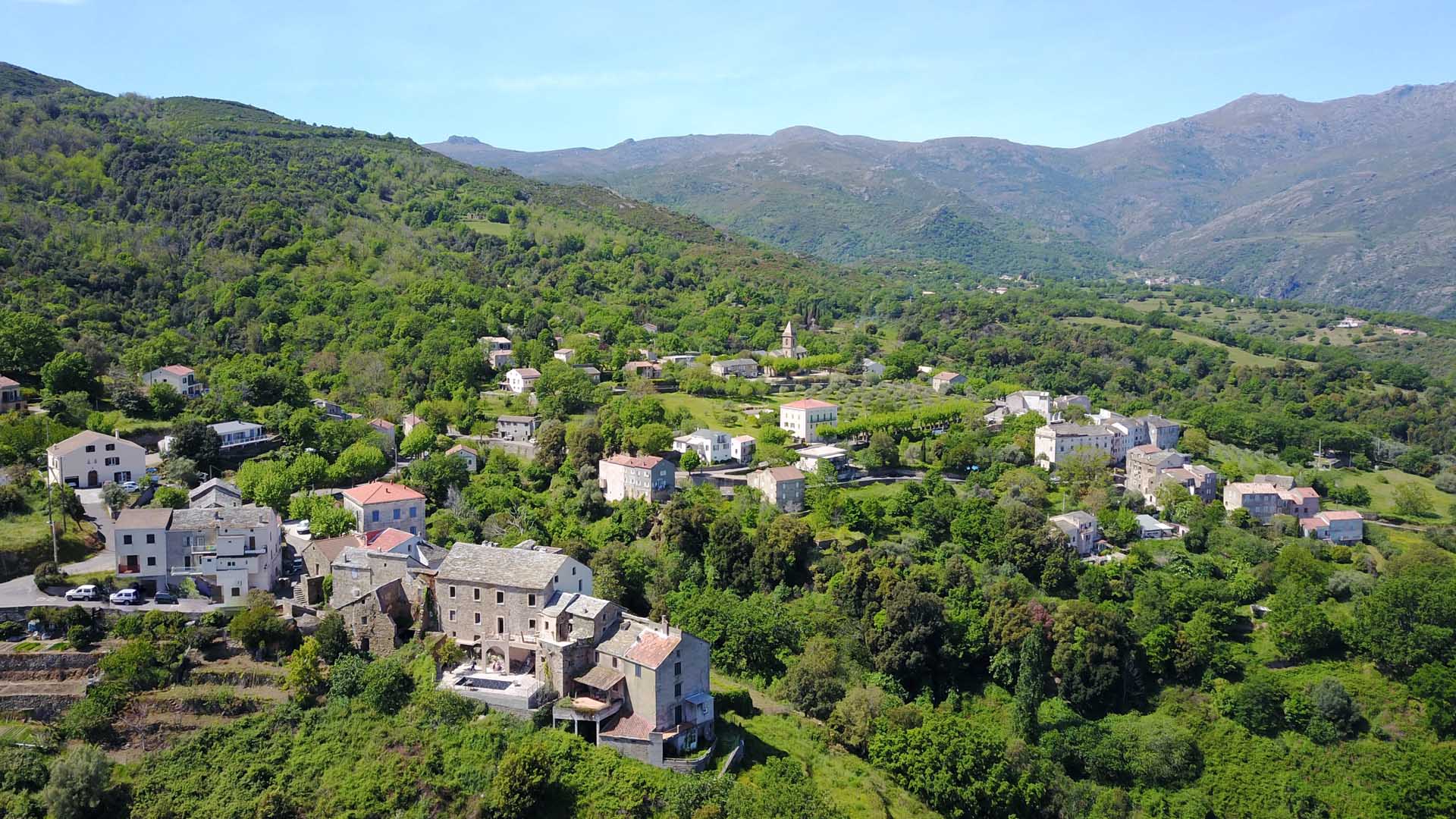