Rapaggio is located at 630 metres above sea level and is part of the ancient parish of Orezza in Castagniccia. The micro-region of Orezza is known for its gaseous and ferruginous springs, exploited since ancient times, and declared of public utility thanks to the abundance of iron and bicarbonate.
It is a village surrounded my middle-sized mountains, without access to the sea. Rapaggio is part of the regional natural park of Corsica. This small village is surrounded by many chestnut trees and enjoys a very mild climate during the summer. On the other hand, the climate can be rather cold during the winter and the autumn.

This small village has a very ancient history. In fact, Rapaggio was already frequented by the ancient Romans, who appreciated the curative qualities of the water. The medieval village is very old, pay attention to the architecture of the houses and to the stone façade of the church.

This village is part of a natural area of ecological, faunistic and floristic interest: Châtaigneraies de la Petite Castagniccia. Rapaggio has an anthropic site which is part of the National inventory of natural heritage, Sources ferrugineuses et carbogazeuses d'Orezza.

Rapaggio is crossed by the D46 road and is located at 39 km from Bastia, at 58 km from Corte and at 63 km from Aléria. 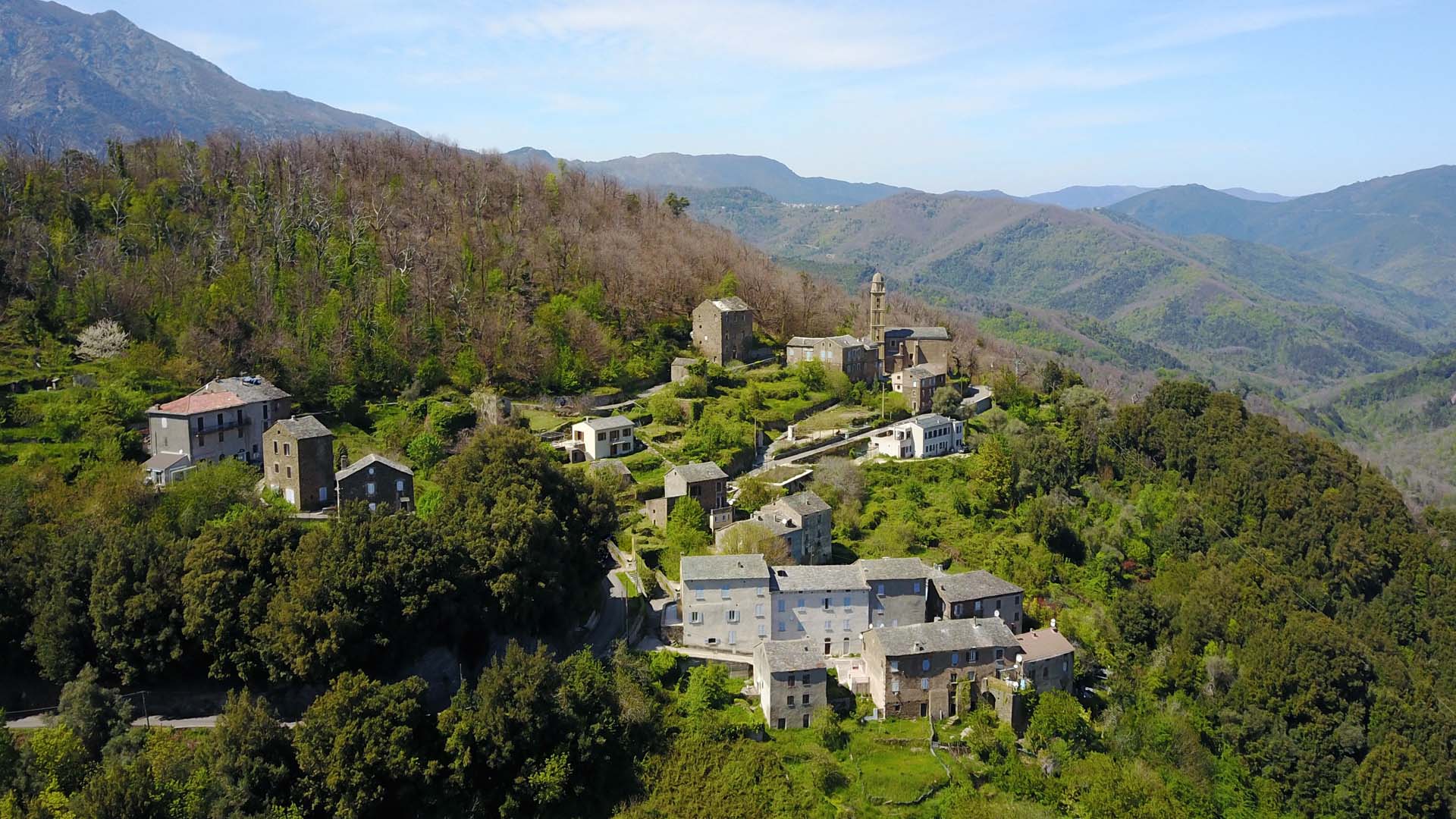