Quasquara is located at 720 metres above sea level and is part of the ancient parish of Ornano. It is a village surrounded by medium-sized mountains, but you should know that Quasquara has also a small littoral, which is called Punta des Sette Nave. An ancient legend tells that seven barbaresque galleys wanted to land in the south of the Gulf of Ajaccio, but the inhabitants of the village invoked Saint Roch who knelt down on the edge of the sea and with a gesture of the hand petrified the seven galleys which became the seven rocks that can be seen today. This Punta is located at the end of the Isoletta and is topped by a Genoese tower.
The main watercourse in this village is the river of Taravo, which has its source at an altitude of 1580 metres and which flows directly into the Mediterranean Sea.

After the fall of the Western Roman Empire, Quasquara was often sacked by Barbary corsairs: the inhabitants were often forced to abandon the main village and to seek refuge in the hamlets of Isoletta and Ruppione.

Surrounded by chestnut trees that cover a large part of the village and that make pig farming possible, Quasquara is a village full of charm. Indeed, this village is very picturesque and 17th century houses mingle with modern buildings.
Art lovers can visit the parish church of St Peter and St Paul (17th century) where you can admire a painting representing Apollo and Marsyas and a polychrome wooden Christ. You should also take a look at the bread oven dating back to 1871 and at many chestnut dryers.

Quasquara is located at 38 km from Ajaccio, at 46 km from Propriano and at 56 km from Sartène. This village is crossed by the D83 road. 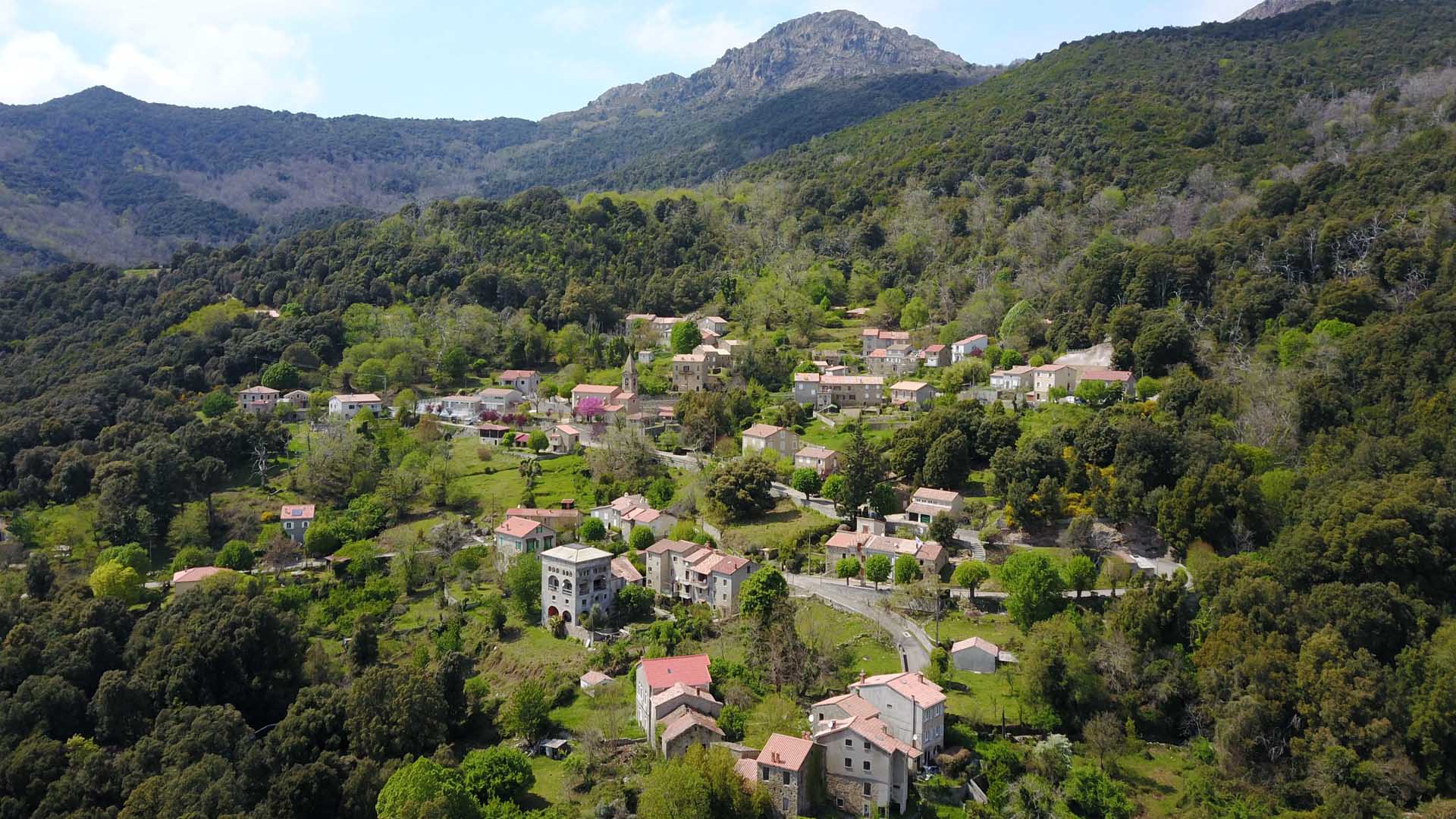