Pruno is located at 430 metres above sea level and is part of the ancient parish of Ampugnani in the region of Castagniccia. The name of this village might derive from the Latin word prunus, which means "the place where plum trees are planted”, but you might know that in Corsican language u prunu means "chestnut husk": probably the origin of the name of this village comes from the Corsican meaning of prunus– do not forget that the region of Castagniccia was cover with chestnut trees. This village is surrounded by medium-sized mountains, but it enjoys a temperate climate thanks to its proximity to the sea. Pruno is part of the regional natural park of Corsica.

At the end of the 19th century, industrialisation made its appearance in the region of Castagniccia and a tannin factory was set up in Pruno. This factory contributed to the economic well-being of the village, although the owners did not hesitate to exploit the inhabitants of the ancient parish – and in particular the inhabitants of Prunu – and to cut down thousands of trees.

In the heart of the village, you will find the parish church of St Maria Assunta (18th century), which was built on the foundations of a chapel dating back to the 17th century. The interior of this church is in a poor state of conservation, that is why the association Paese di U Prunu is struggling to restore this church.
Two kilometres from this church, you will run into the chapel of St Mary of Canovaria (10th century), which contains a 15th-century fresco which represents St Anthony of Padua with the baby Jesus. A legend says that this building was built by order of the Countess Matilda of Ampugnani, who was famous for her kindness and for having endowed several religious foundations.

Pruno is located at 43 km from Corte, at 51 km from Aléria and at 67 km from Corte. This village is crossed by the D36 road. 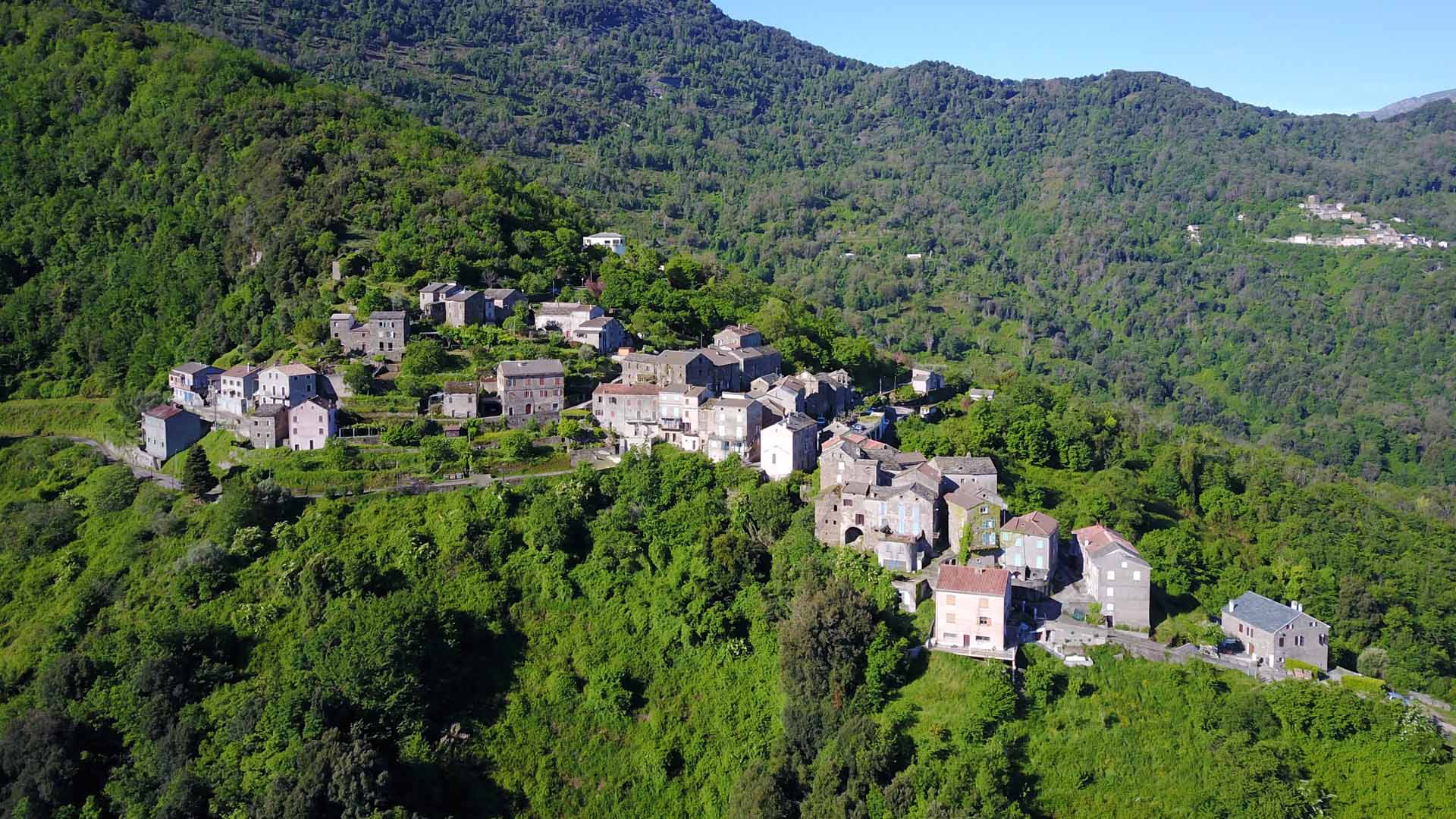