Prunelli-di-Casacconi is located at an altitude of 250 metres and is part of the ancient parish of Casacconi in the Castagniccia region. This village, which is composed of several hamlets – the most important of which are Capanolli, Fontanicchia, Prunelli, Purcinaja and Rotondo – offers an incredible view of the Golo valley. It is a true natural paradise, perfect for those who love nature and tranquillity.
The main watercourse in Prunelli-di-Casacconi is the Golo – which is the largest coastal river on Corsica and which flows directly into the Tyrrhenian Sea.

The history of this village was marked by a terrible vendetta that saw the Filippi family fight against the Agostini family at the beginning of the 19th century. It is said that this fight broke out when two sheep belonging to one family come into a vineyard belonging to the other one. The situation quickly degenerated and the Agostini family exterminated the Filippi one.

Orso Paolo Bertucci (1936- ), singer & songwriter, was born in Prunelli-di-Casacconi. In 1966, after a difficult period, he managed to achieve success with Angélique, which made him sell more than three hundred thousand records in a few weeks.

Art lovers can visit the parish church of St Cyr and St Julitte (17th century), which is part of the General inventory of cultural heritage and which houses several paintings made by the painter Giuseppe Maria Casalta who lived in the village for a long time. In Prunelli-di-Casacconi, there are several funerary chapels belonging to the Agostini family which are part of the General inventory of cultural heritage.
In Casteluccio you will also find the vestiges of an ancient castle, which was built at the beginning of the 13th century by the Count of Corsica Sinucello della Rocca.

Prunelli-di-Casacconi is located at 31 km from Bastia, at 40 km from Saint-Florent and at 43 km from Corte. This village is crossed by the D110 road. 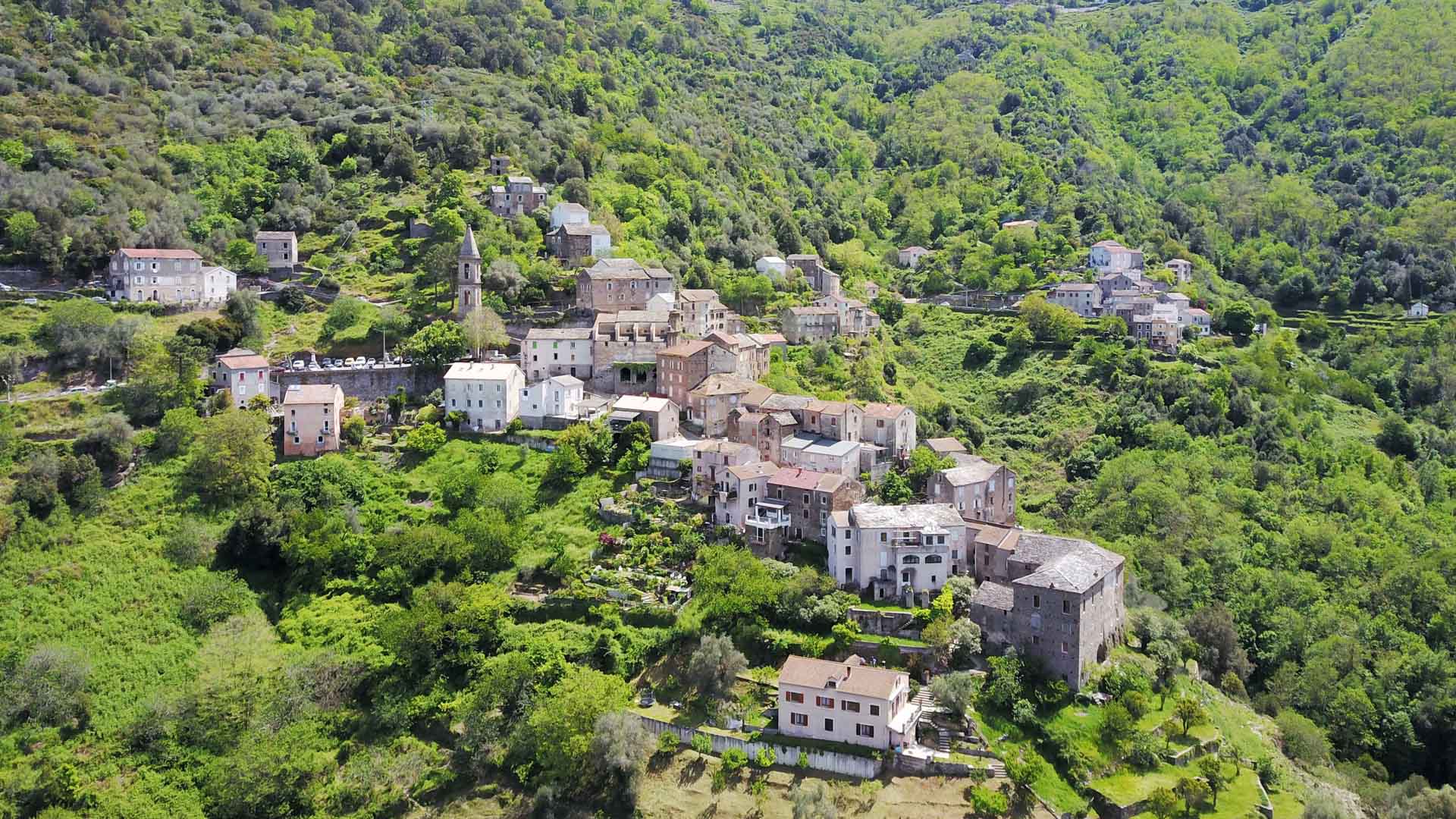