Prato-di-Giovellina is located at an altitude of 664 metres and is part of the ancient parish of Giovellina, of which it was the main town. It is a small village surrounded by middle-sized mountains, whose the highest point lies at 846 metres above sea level. In fact, this village is located to the east of the Aiguilles de Popolasca, a mountain group which reaches a maximum altitude of about 1927 metres and which belongs to the Monte Cinto massif.

The Aiguilles of Popolasca are perfect for those who love mountain sports such as downhill skiing, climbing, trekking... There are several hiking trails: from Popolasca you can reach the Vallon de Terrivola, the Grotte de Scaffa (where you can see an old sheepfold next to a water source) or the famous Cima a i Mori – where you can admire the most beautiful peaks of Corsica, after a particularly challenging walk.

In Prato-di-Giovellina, you can admire the Castle of Serravalle (13th century), one of the best-preserved medieval military buildings in Corsica. This castle, classified historical monument, was occupied by the Genoese in the 15th century and was abandoned in the 16th century.
If you like walking, then you can run into the Genoese tower of Monte Albano, which was used as the set for the TV show Colomba. It is one of the few towers located in the island hinterland, it was more common to build towers on the coastline to protect the access to the island. You can also visit the parish church of the Annunciation (15th century), located in the heart of the village. This church contains two paintings dating back to the Renaissance.

The D118 is the only road which crosses the village. Prato-di-Giovellina is located at 44 km from Bastia, at 54 km from Île-Rousse and at 66 km from Aléria. 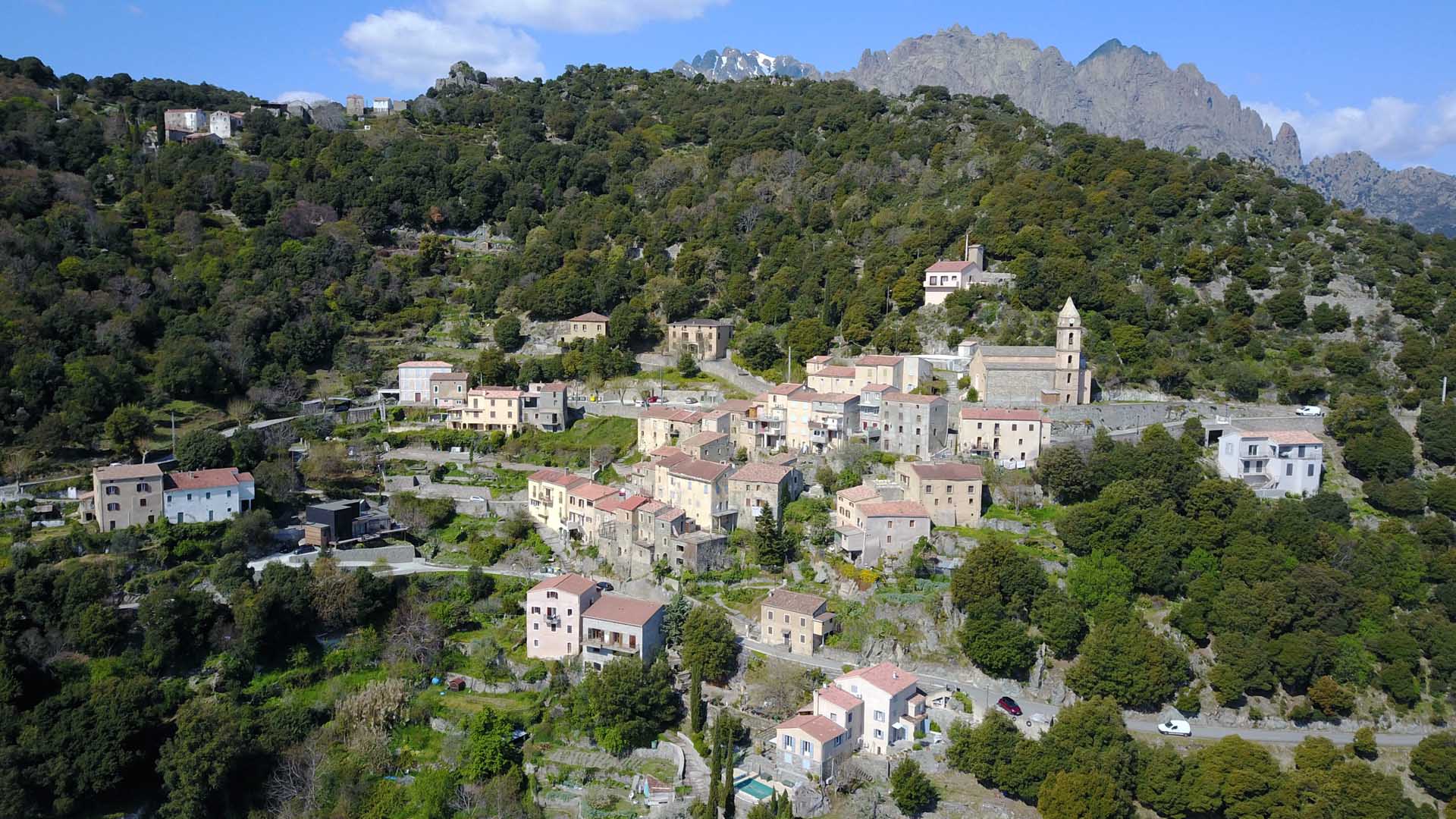