Porri is located at an altitude of 511 metres and is part of the ancient parish of Casinca – it is one of the highest villages of the parish. This village is surmounted by medium-sized mountains and is located at the foot of Mount Sant'Anghjulu (1218 m). Porri, like the other villages of Casinca, is covered with a dense vegetation. The village is made up of several hamlets: Panicale, Casanova and Curona.

Porri has a very ancient history and we know that it has been inhabited and frequented for centuries. From Porri you can visit the ancient village of Sajabicu – which was destroyed twice: the first time by Andrea Doria's Genoese troops, the second time by the Moors. From Sajabicu you can enjoy a breathtaking panorama, ranging from Cap Sagro to Alistro.

Porri played an important role during the Second World War: it was a stronghold of the Resistance. Today we can visit the cave of Maquisards, which is located about one kilometre from the village, a two-hour walk. In the cave of Maquisards the Corsican Resistance organised its headquarters, of which numerous remains can still be seen today such as a typewriter and a machine gun.

This village is located on the left bank of the Fium'Alto and it is made up of old traditional houses grouped around an old washhouse. Art lovers can visit the parish church of the Annunciation (17th century), which has a beautiful carved door and a two-storey campanile. If you like walking, you can run into the ruins of the chapel of St Ghjapicu, which are accessible by a path above the village. 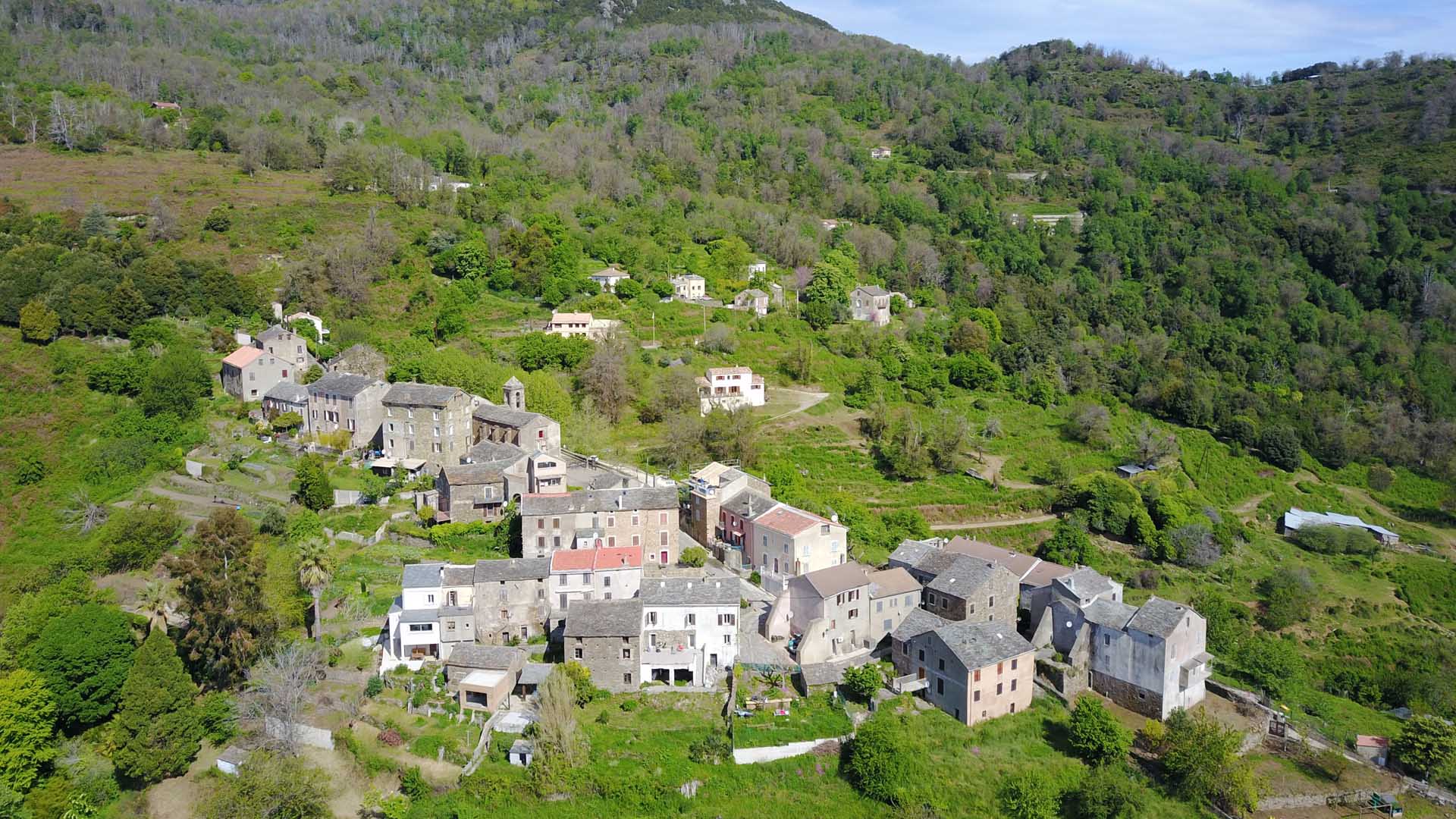