The Spina Cavaddu Bridge (Spin'a Cavallu) is located in Sartène, on the Rizzanese. More Pisan than Genoese, it dates back to the thirteenth century and is one of the oldest in Corsica. It owes its name to its form of horse back. It was listed as a Historic Monument in 1992 and was restored in 1995 following the flooding of Rizzanese and Fiumiccicoli. It is 64m long and 2.60m wide. It rises 8m above the water.

This is a good place for a stop and have a picnic sheltered from the sun under the trees. Other places near the bridge allow the more adventurous among you to dive or slip into a waterfall...

Tip
The place being prized for its calm, its shades and its fresh water, it is better to come there early to settle down.

Access by car
From Sartène, direction Propriano. Turn right at the Madunina, towards Levie. You will be able to park in front of the site (be careful though the parking is dangerous and works might be in progress). 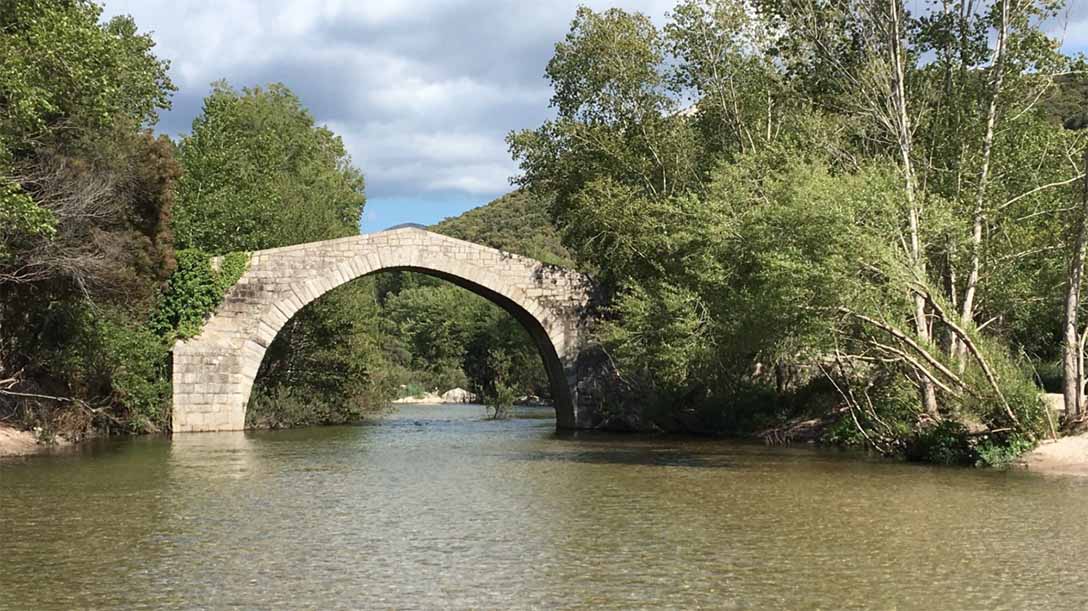