Corsica is an island swept by seven winds: u Libecciu which is associated with a dry and mild climate during the summer and which is accompanied by heavy rainfall during the winter, a Livantu which is rather mild but which can make the sea very rough, a Tramuntana which can sometimes blows at one hundred kilometres per hour and which often brings rain if it blows with one of the north winds, u Punenti which is known to be a gentle wind and which is often associated with the Libeccio, u Maestrale which is rather dry and which tends to make the sky clear, u Grigale whose name could be translated as "Greek wind" as this wind starts at the Ionian Island Zakynthos and u Sciloccu which is comes from Sahara and which can reach hurricane speeds.
The bridge of the four winds crosses the Bevinco stream – which rises on the slopes of Mount Reghia di Pozzo at 1469 metres above sea level – and it is a convergence zone where we can meet different winds at the same time: that is why it is called the bridge of four winds! To reach this bridge you can take a well-maintained path which is located just beside the embankment where you can park your car and which will allow you to reach your destination in a five-minute walk. Under the bridge you can take a swim in peace and quiet. 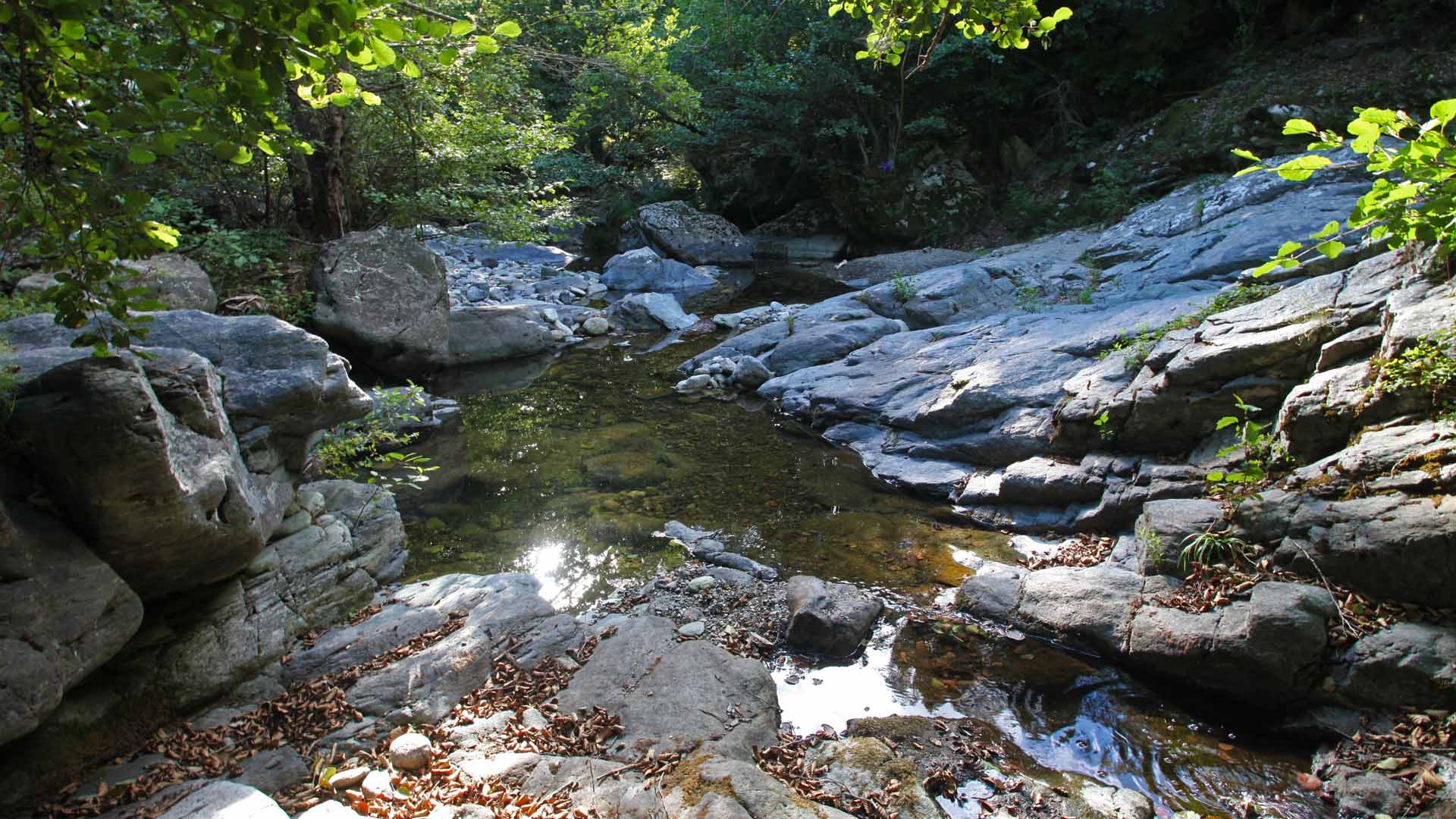