Poggio-Marinaccio is located at 600 metres above sea level and is part of the ancient parish of Ampugnani, in Castagniccia. It is a mid-mountain village, dominated by Mount San Petrone (1767 m). It is a wooded village , in the shadow of wild chestnut trees. Poggio-Marinaccio is part of the Corsican regional natural park and benefits from the temperate and humid climatic conditions typical of the eastern Castagniccia.
This village is sparsely populated and is made up of three hamlets: Poggio-Marinaccio, Lutina and Cansito.

Located in the centre of the territory, the village is made up of old houses, dating from the 16th to the 19th century, covered with local slate roofs, lined up on a rocky ridge and characterized by a truly remarkable architectural harmony. Two houses are part of the Corsica's cultural patrimony and one of them is an old tower house.

Art lovers can visit the parish church of San Biagio, which dates back to the Middle Ages and which was built on the foundations of a church built in Romanesque stlye. The church is located to the south-east of Poggio, quite far from the village centre. Inside there are several works that are part of the preliminary inventory of France. In Lutina there is the chapel of St. Anthony of Padua (17th century), which contains some remarkable artworks such as the monumental painting of the Delivery of the Scapular to St. Pancras by the Virgin and Child. In Cansito there is the chapel of St. Elizabeth and St. Mary (18th-19th century), a small single nave building with a teghje roof, unfortunately in a poor state.

Poggio-Marinaccio is located at 33 km from Bastia, at 50 km from Bastia and at 58 km from Aléria. This village is crossed by the D 405 road and by the D515 one. 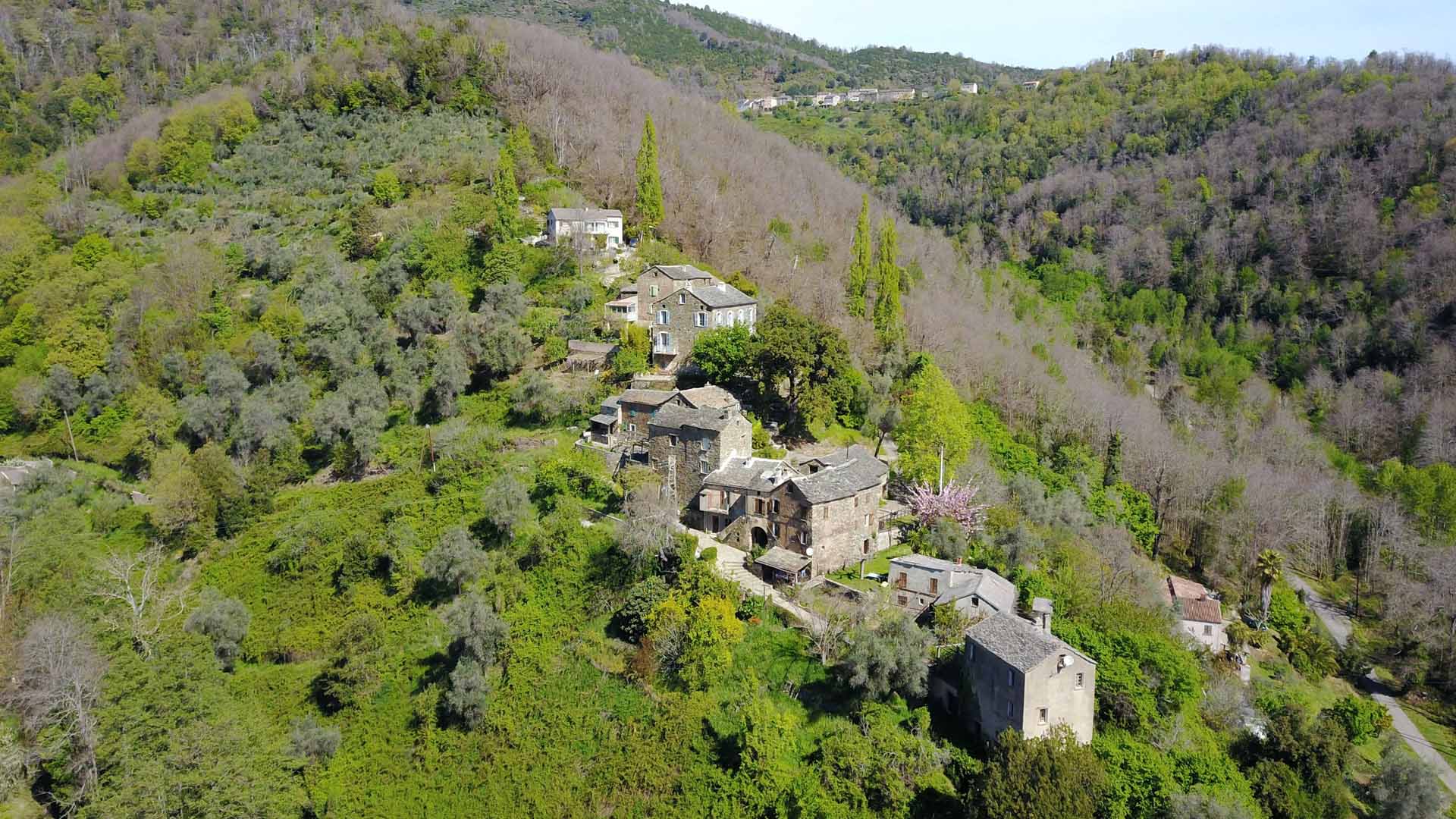