Poggio-d'Oletta is located at 285 metres above sea level and is part of the ancient parish of Oletta, in the natural region of Nebbio. This village represents an incredibly good starting point for many hikes: from Poggio-d'Oletta you can reach Monte Sant'Angelo (354 m), Punta Ficaggiola (665 m), Monte Canneje (665 m), Monte Rossi (674 m), Col de Sant'Antonio (743 m) and Monte a a Torra (852 m).
The vegetation of this village is made up of Corsican maquis, holm oaks and white oaks. The plain of the village is planted with vines.
The main waterways are the streams of Brietta, Poggio, San Pancrazio and Vado.

Archaeologists have discovered many finds that prove that this village has been inhabited since the Neolithic period.
Maria Gentile, nicknamed the Antigone of Corsica, was born in Poggio-d'Oletta. This woman became famous in 1769, the year in which the island of Beauty came under the control of the kingdom of French. The French annexation of Corsica was not peaceful because several patriots fought against France: on 25 September 1769 some of these patriots, including Maria Gentile's fiancé, were captured and executed. The corpses were publicly exposed in the square in front of the convent of St Francis and were watched over by some king's soldiers who forbade anyone to go near the corpses. Maria Gentile, who was only 20 years old at the time, defied the law to give her fiancé a burial.

Art lovers can visit the parish church of St Cervone (11th century), which has been remodelled several times: in fact, the church has several side chapels built in the 18th century and a bell tower built at the beginning of the 19th century.
You should also take a look at the ruins of the ancient chapel of St Quilico (11th century), which is classified historical monument.

Poggio-d'Oletta is located at 11 km from Saint-Florent, at 18 km from Bastia and at 73 km from Corte. This village is crossed by the D82 road. 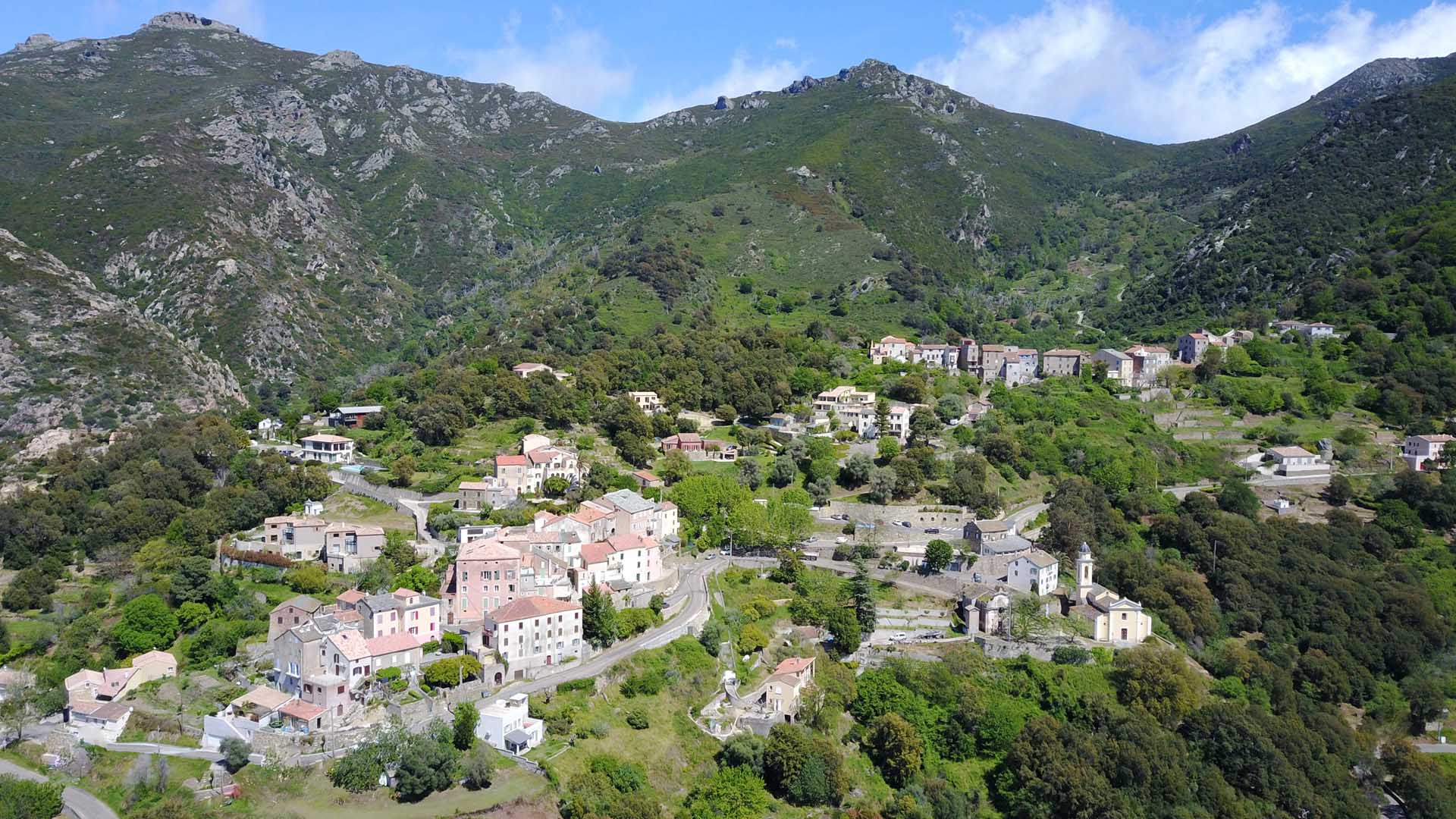