Poggio-di-Venaco is located at 650 metres above sea level and is part of the ancient parish of Venaco, in Upper Corsica. This village is part of Corsica's regional natural park. It is a mid-mountain village which is crossed by the Tavignano, the longest river in Corsica after the Golo. It is a good starting point for many hikers. Indeed, the Mare a Mare Nord-Variante circuit crosses Poggio-di-Venaco in a north-south direction, in parallel to the D40 road.

According to the legend, Ugo della Colonna lived in Poggio-di-Venaco after having pushed the Moors out of the island in the 9th century. According to the island's traditions, he is the heroic founder of the dynasty of the Counts of Corsica, but today historians have several doubts regarding his existence.

In the heart of the village there is the chapel of Saint Roccu (18th century), which contains a painting from the end of the 18th century: The Assumption of the Virgin surrounded by two saints, one of whom is Saint Roch. You should have a look at the parish church of Saint-Cyr (13th-14th century), which has a crypt accessible from the sacristy through two openings protected by marble slabs. This church was built at the entrance to the village, on a rocky spur at an altitude of 650 metres. This church overlooks the old parish and offers a marvellous panorama: next to the church, you will find a topographical map. Outside the parish church, there is the so-called ossuary of the Sacr'arca of San'Chilgu, dating from the 17th century and consisting of two rooms. The first room was reserved for children and clergymen, the second one for the rest of the village. 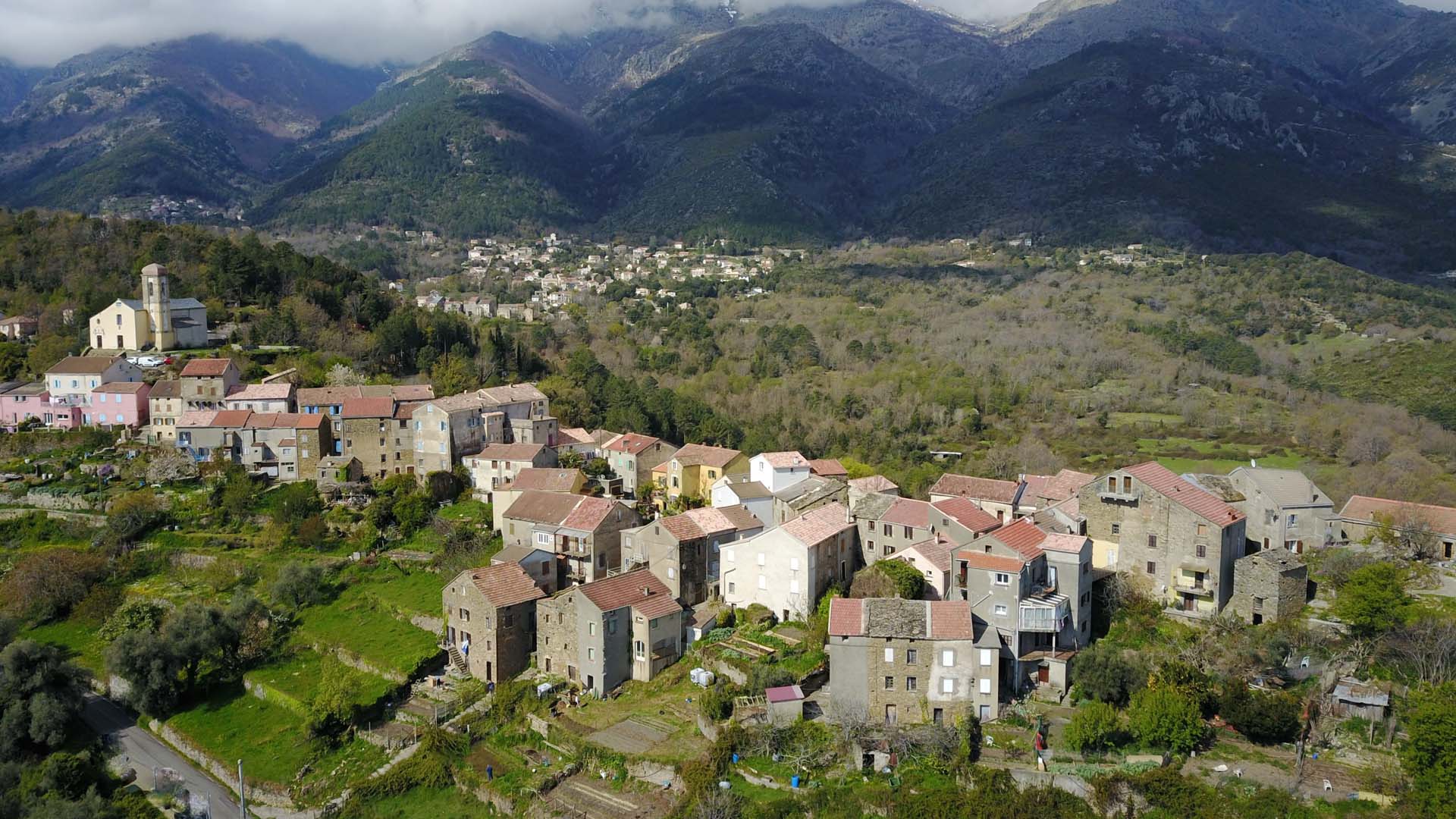