Pioggiola is a small village located 820 metres above sea level, belonging to the former parish of Giussani in Balagna. It is a mountainous area in the north-west of Corsica, located in the northern part of the Corsica Regional Natural Park. This village is part of a mountainous micro-region with Olmi-Cappella, Mausoléo and Vallica. The village is part of two natural areas of ecological, faunal and floristic interest: "Chênaie pubescente de Pioggiola" and "Crêtes et hauts versants asylvatiques du Monte Cinto".

You can walk in the middle of an uncontaminated nature and reach Bocca di Pozzi (1729 m), Monte Grosso (1937 m), Cima Caselle (1622 m), San Parteo (1680 m) and Bocca di a Battaglia (1099 m) – where the more courageous can go paragliding.
You should also know that Pioggiola is located on the route of the “Transversal Corte – Île-Rousse – Olmi-Cappella – Speloncato”, which crosses five historical micro-regions of Upper Corsica. Thanks to its altitude, Pioggiola is one of the few villages in Corsica that remain relatively cool even in summer.

The village has a very ancient history; arrowheads dating back to the Stone Age have been discovered near the Pioggiola hill. In the centre of the village, tourists can admire the church of St Maria Assunta (17th century) built following a Mannerist style and containing a work of art classified as a historical monument: a 19th century wood and metal organ. In the village you can also find A Stazzona, a theatre training centre run by the Association des Rencontres Internationales Artistiques, which was founded by Robin Renucci in 1998. If you walk through the village, you can also admire several Genoese bridges built to allow cattle transhumance. 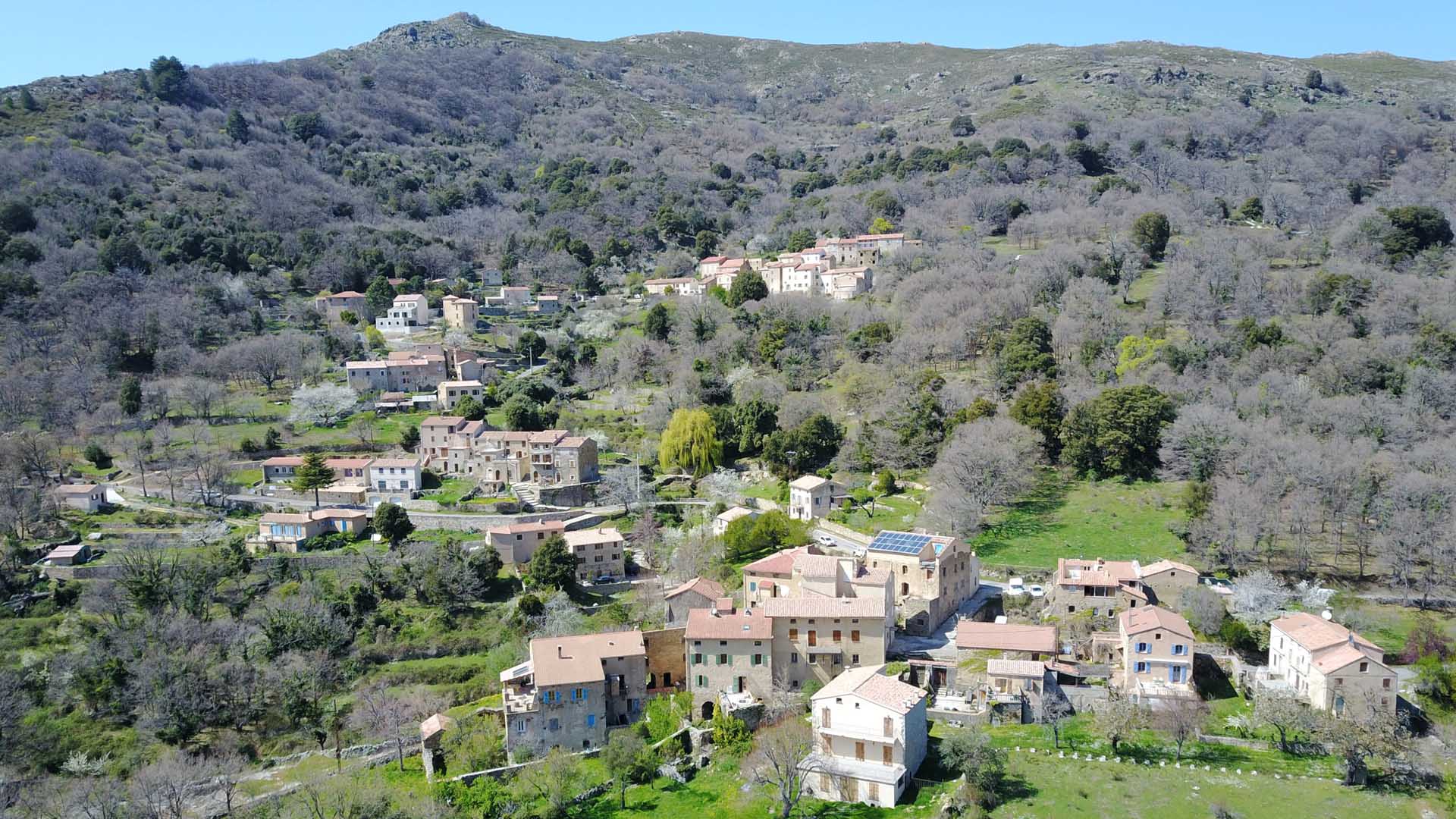