Piobetta is located at 800 metres above sea level and is part of the ancient parish of Alesani in Upper Corsica. It is a village surrounded by medium-sized mountains, an excellent starting point for many hikes, but pay attention to the difficulties caused by the heat, by the steepness of the slope and by the Corsican maquis. Piobetta is part of the regional natural park of Corsica.

A legend says that the bandit Francescu Maria Castelli (1875-1929) hid in a cave near the village of Piobetta. This man was an interesting personage, with a character full of contradictions: he was a brute devoid of feeling who offered prayers and thanks for the divine protection, a strong and vigorous man with a feminine voice...

The count Pierre François Xavier Vincenti (1874-1942) – who was better known as Piobb and who was a specialist in esoteric and occult sciences – was born in Piobetta. Vincenti studied Nostradamus’s Prophecies and he thought that Nostradamus had not written a word of the prophecies attributed to him. In fact, Vincenti thought that the book was a Templar text published after the dissolution of the religious order for the last surviving members.

Inside the village, art lovers can visit the parish church of the Annunciation (18th century), which is in excellent condition and which is flanked by a beautiful campanile. The outside looks rather plain, but you should visit the church interior.
A little away from the village, halfway between Pietricaggio and Piobetta, you can run into the ruins of a Pisan chapel (12th century) which is surrounded by chestnut trees and which is located in the middle of the cemetery of the village.

Piobetta is located at 46 km from Aléria, at 62 km from Corte and at 64 km from Bastia. This village is crossed by the D417 road. 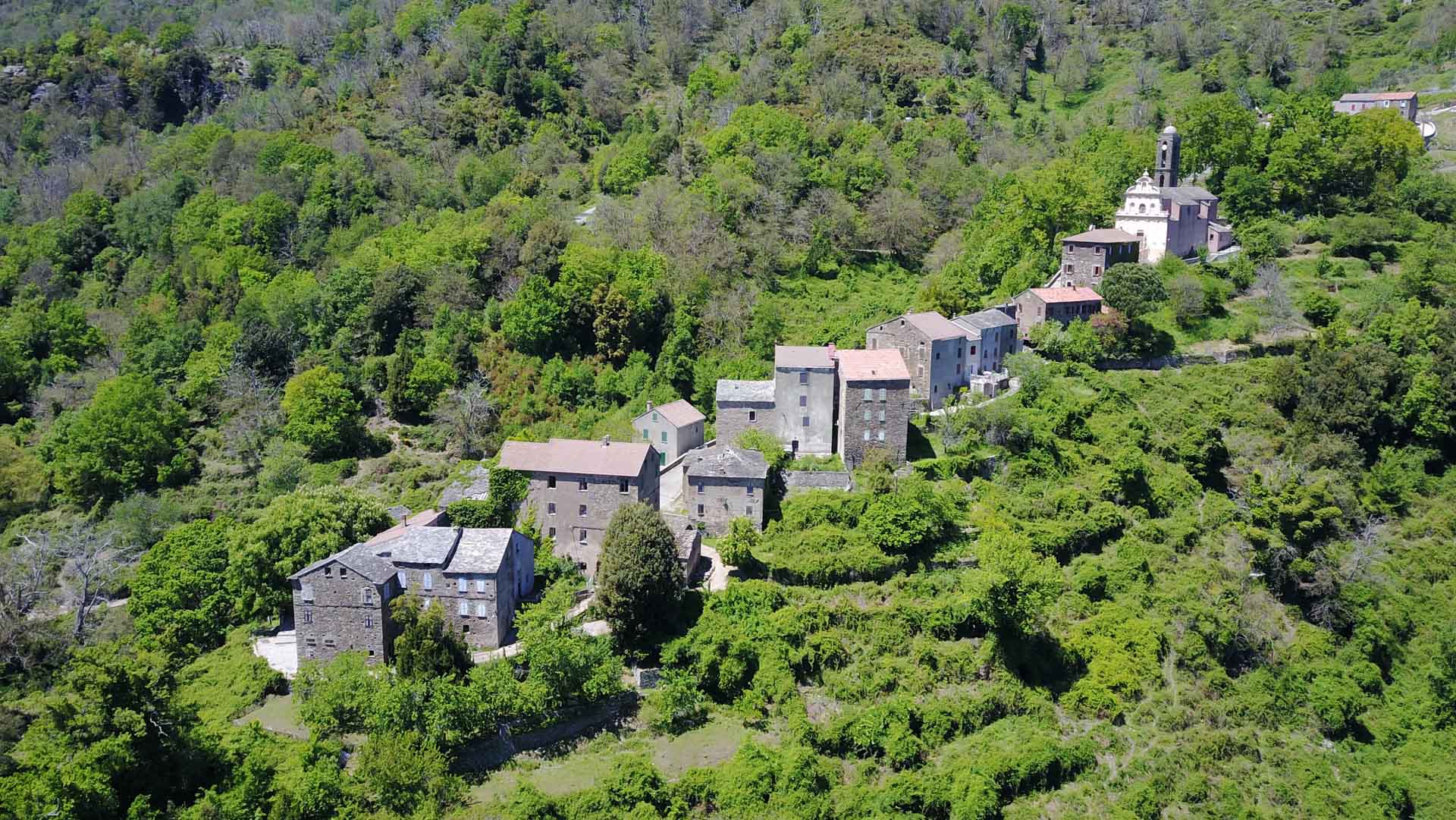