Piève is located at 450 metres above sea level and is part of the ancient parish of San Quilico, in the natural region of Nebbio. This village has no coastline but is not far from Bastia and from Saint-Florent, that is why Piève represents an ideal location to discover the natural and cultural heritage of Corsica.
The main waterways are the Aliso, the Bevinco, the Forca and the Merla.

We know that this territory has been inhabited for a long time: in fact, archaeologists have discovered three menhir statues dating from 1400-1300 BC. These statues, which today stand in front of the parish church of St Cyr, are surnamed Bucentaure, Murello and Murtola.

Piève is located at 17 km from Saint-Florent, at 28 km from Bastia and at 75,5 km from Corte. This village is crossed by the D62 road. 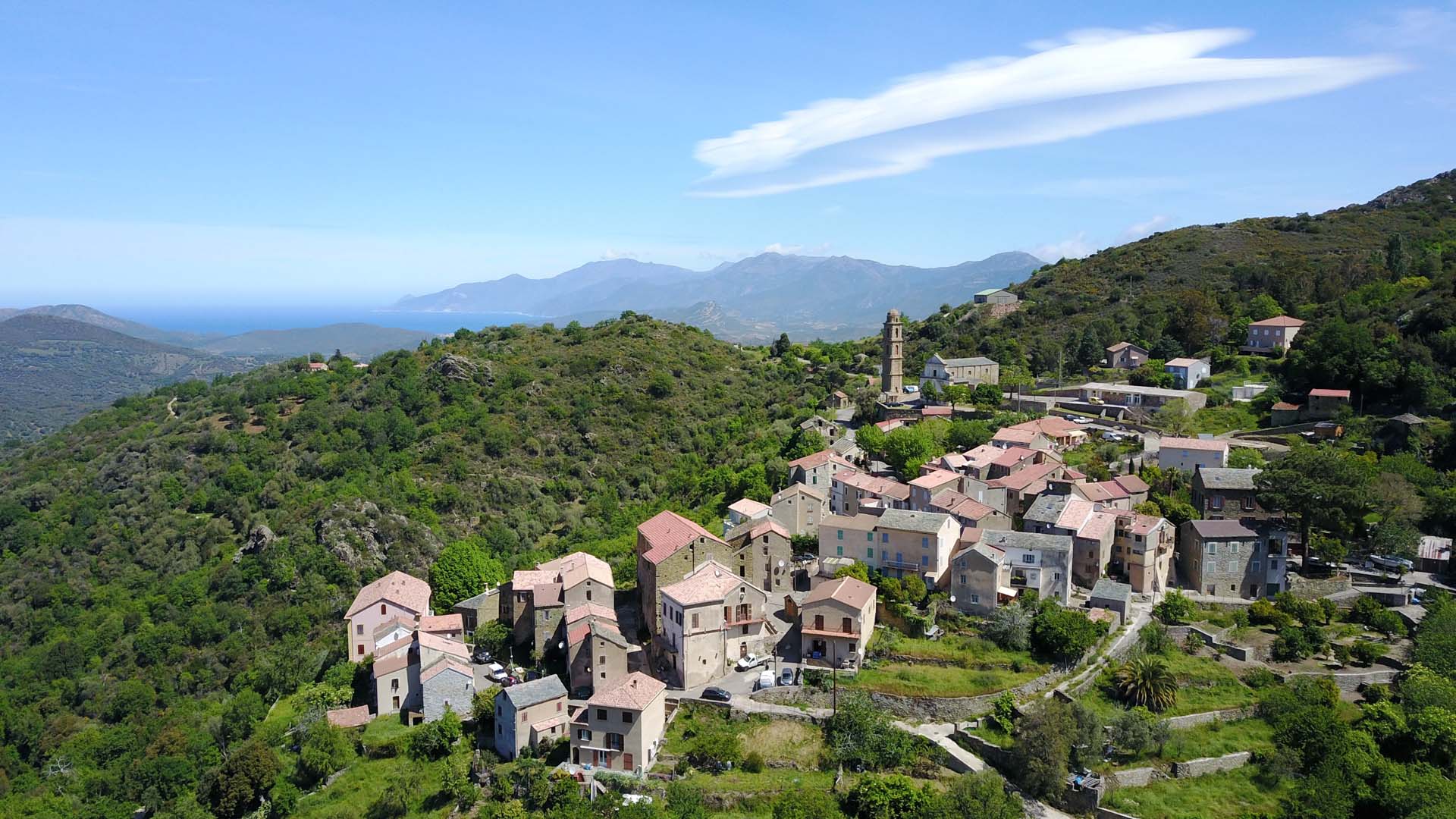