A legend explains the origin of Pietraserena: the count Gaggio – who lived in the 15th century – was in love with a girl called “Serena”, who took refuge in a cave inside a rock called “Pietra” to avoid a vendetta. The count was able to find the woman and, to protect her, he decided to grant his protection to the people who wanted to live around this rock.

There is only one place of worship in Pietraserena: the parish church of San Roccu (17th century) built in Baroque style. This church is classified historical monument and was renovated in the 19th and in the 20th century. In the heart of the village, there is the funtana vechja, a fountain which was used by the inhabitants to obtain drinking water and which was also used as public washhouse.

Pietraserena is located at 26 km from Aléria, at 31 km from Corte and at 94 km from Bastia. This village is crossed by the D14 road. 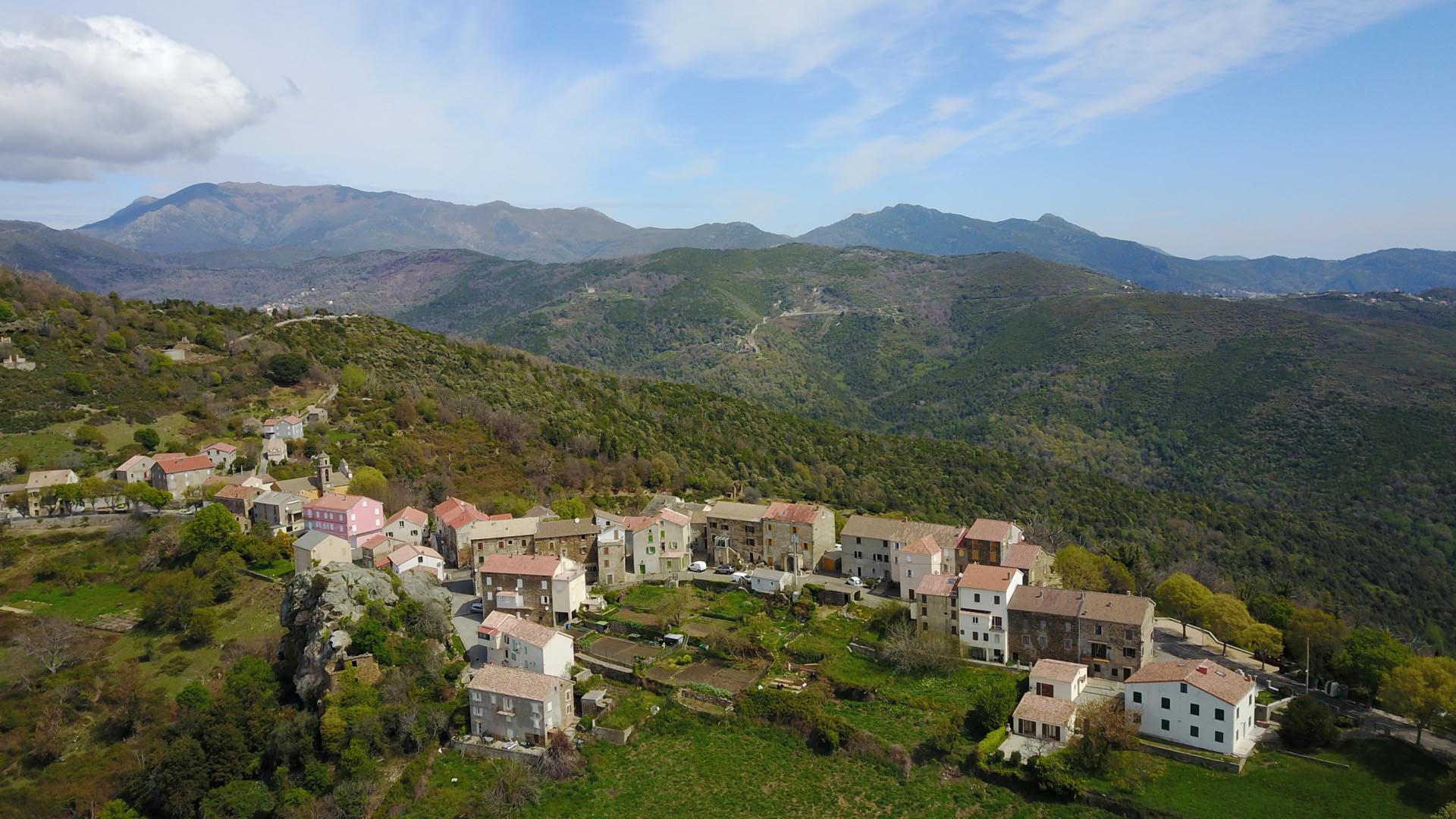