Pietra-di-Verde is located at an altitude of 420 metres and is part of the ancient parish of Verde, of which it was the most important village. It is a landlocked mid-mountain village, built on a rocky promontory where many houses are spectacularly built on steep cliffs. This village is made up of several hamlets which developed in different historical periods: Pietra, Mucchio and Munticchio.

This village is part of a natural area of ecological, faunal and floristic interest of second generation: Hauts maquis préforestiers des collines orientales de la Castagniccia. Pietra-di-Verde borders on the regional natural park of Corsica, but it is not part of it.

In Pietra-di-Verde you can visit the parish church of St Elias (18th century), which is located in the south of the village and which has a 38-metre high campanile with ornamental apertures, one of the highest in Corsica. It is the only Corsican parish church dedicated to this saint, who was a Hebrew prophet. In the church square, there is a war memorial built entirely in Carrara marble, which represents a soldier lying on the ground in a particular style.
You should also visit the chapel of St Pancrazio (10th century) which is located to the west of the village, at an altitude of 570 metres. This young martyr, of Phrygian origin, was beheaded in Rome in 304 at the age of 14, after having reproached the Emperor for his depraved life.

If you love walking, you can run into the ruins of the Abbadia de Verde – which was founded around 952 and which is one of the first abbeys in Corsica – and at the ruins of a medieval castle – which is located at 283 metres above sea level and overlooks the Alesani dam.

Pietra-di-Verde is located at 32 km from Aléria, at 43 km from Corte and at 49 km from Bastia. This village is crossed by the D17 road. 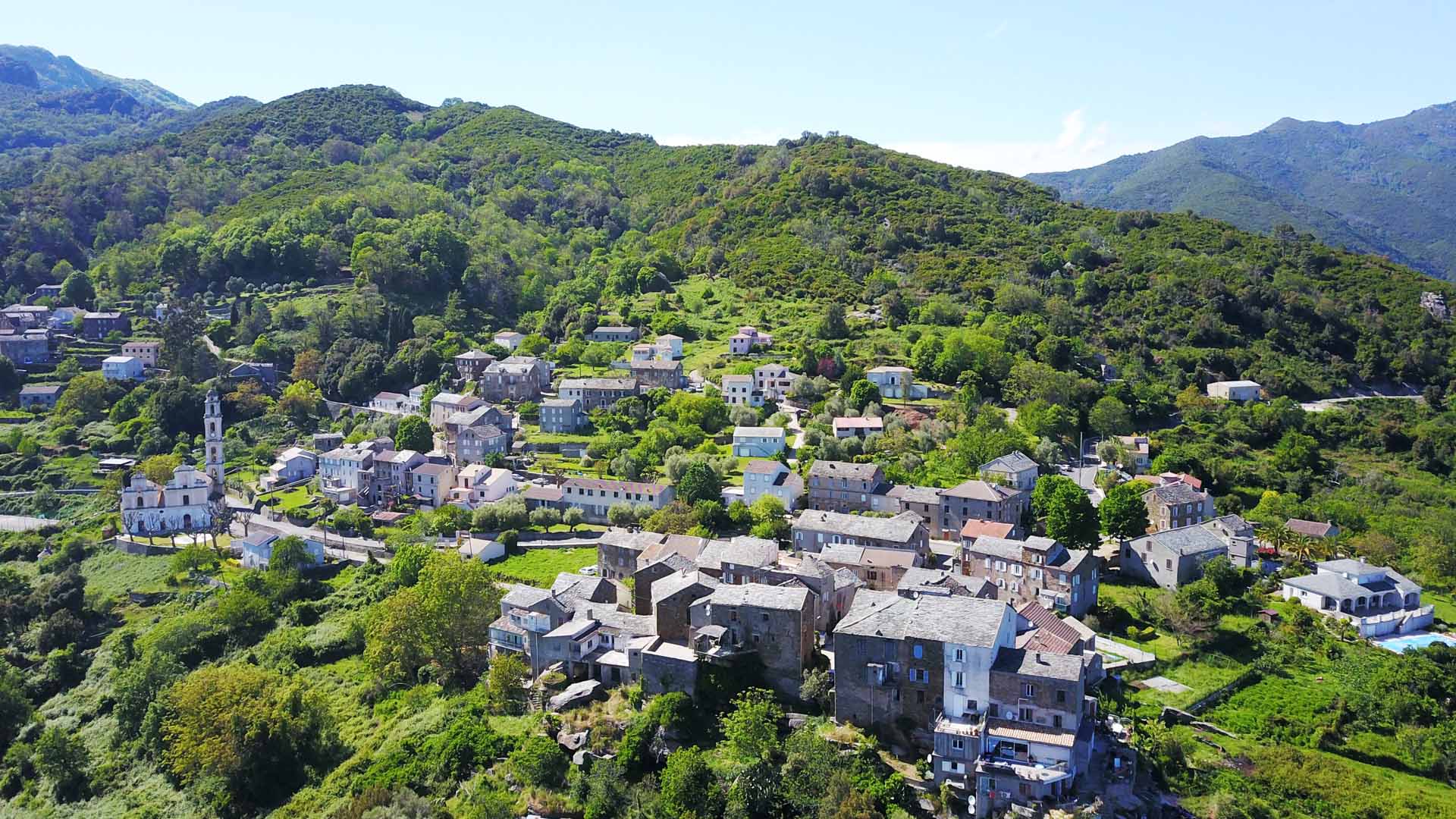