Piedicorte-di-Gaggio is located at 730 metres above sea level and belongs to the ancient parish of Rogna, of which it was the most important village. This village is surrounded by medium-sized mountains, it is dominated by Punta Gaggio (1102 m) and it is crossed by the Tavignano, the longest river in Corsica after the Golo. The village has a varied vegetation, at the beginning of summer the Spanish broom colours of yellow the Corsican scrub. It is a good starting point for many excursions: from Piedicorte-di-Gaggio you can reach Punta Cigno (1003 m), Punta Suale (770 m), Punta Piuzale (604 m), Bocca alla Pajana (630 m), Punta Cervio (1189 m) and, of course, Punta Gaggio.

Piedicorte-di-Gaggio has a prehistoric site which is located to the south-east of the rocky peak called Castellare (339 m altitude) which overlooks Tavignano.
Art lovers can visit the parish church of Notre-Dame-de-l'Assomption (19th century), classified historical monument. This church has a Baroque façade and a magnificent four-storey bell tower. The church interior is composed of the central nave, of seven altars decorated with old paintings (including a Descent from the Cross), of a wooden statue of Saint Anthony and of the mummy of Saint Clement. This church contains an organ built in 1900 by the Agati-Tronci company. It is the last organ built following a particular Italian style, which was popular in Corsica at the end of the 19th century.

Piedicorte-di-Gaggio is at an equal distance from Corte and Aléria (29 km) and is located at 82 km from Bastia and at 87 km from Ajaccio. The village is crossed by the D14 road. 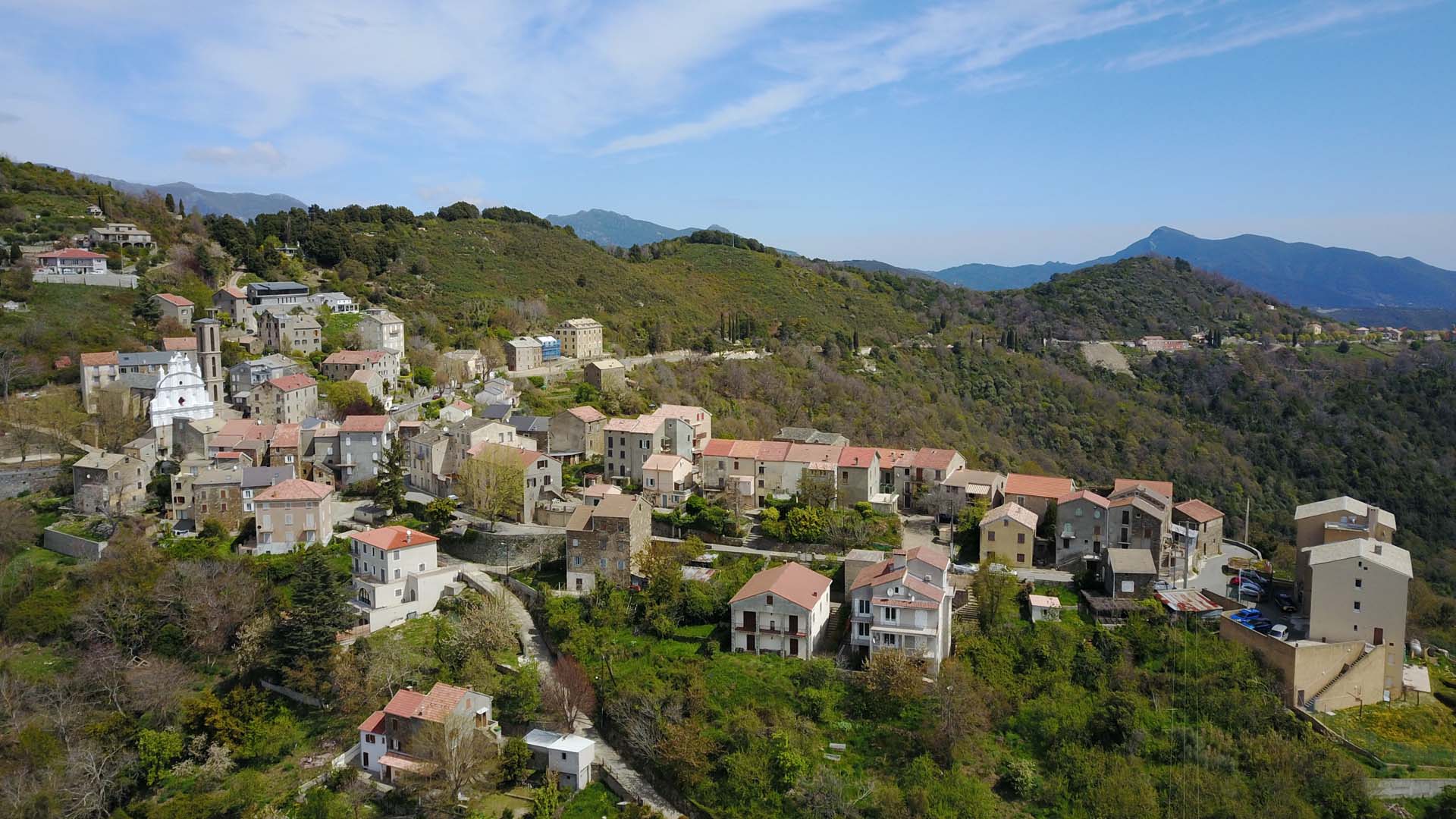