Perelli is located at 700 metres above sea level and belongs to the old parish of Alesani. This village is surrounded by medium-sized mountains and is made up of several hamlets: Casella, Fungaja, Stroscia, Casanova, Piedacosta, Quercepiane and A Ferrera. Here, lovers of long hikes can join the Mare a Mare Nord circuit, which crosses Corsica from east to west, from Moriani Plage to Cargèse. Perelli is one of the villages furthest from the sea: the first beaches are located at 45 minutes by car.

Pietro Giovanni (1715 - 1801), called Grossu Minutu, was born in Perelli. He was a friend of Pasquale Paoli and even today his sarcastic answers are an excellent example of the Corsican humour, which is characterised by irony and sarcastic remarks. One small example of his caustic wit: it is said that the priest of Piedicroce did not like Minutu because of his long tongue. One day this priest, who was following Minutu along a narrow mountain path, said with contempt to Minutu: 'I think that you have always lived among pigs! " and without hesitation Minutu replied: "Sometimes ahead of them, sometimes behind of them. At the moment, I'm ahead".

Today you can still admire the house where Grossu Minutu was born, which is located in the heart of the village. In addition, art lovers can visit the parish church of San Sylvestre (17th century), which was renovated during the 19th century. Inside the church there are several paintings of excellent artistic quality, such as the monumental painting from the 19th century and the Apparition of the Virgin of Seven Sorrows to Saint Roch and Saint Peter from the 18th century. In Casella there is the chapel of St Peter and St Paul.

This village is located at 43 km from Aléria and at 61 km from Corte. Perelli is crossed by the D217 road. 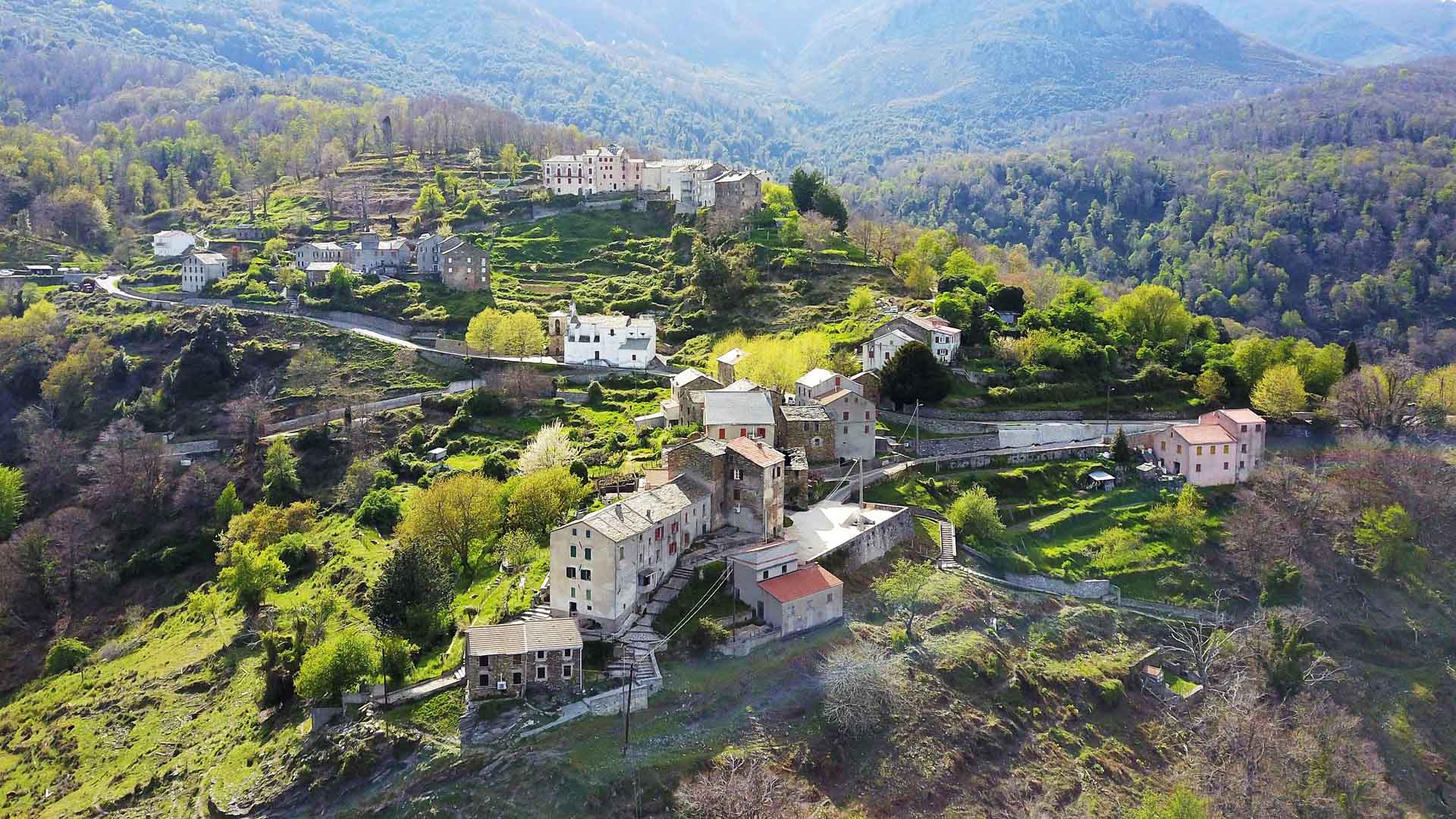