Palasca is located at an altitude of 370 metres, in the ancient parish of Ostriconi within the Balagna region. This medieval village dates back to the end of the 11th century and is surrounded by medium-sized mountains that do not surpass 800 metres. The walks around Palasca, perfect for discovering Corsican flora and fauna, are numerous and accessible to everyone. You can reach the Annunciata chapel (347 m), Capo Niello (436 m), Monte Negro (300 m), Bocca di Cento Chiave (250 m), Punta d'Arco (320 m). Be careful: do not forget to have a good supply of water before setting off in summer.

The climate is generally mild and temperate thanks to the presence of the Mediterranean Sea. Palasca has a coastline of about ten kilometres: its white sandy beaches are among the most beautiful on the island. Palasca is part of three natural areas of ecological, faunal and floristic interest: "Basse vallée du Regino et terrasse sablo-graveleuse de Lozari", "Désert des Agriate" Dunes, plage et zone humide de l'Ostriconi".

In the centre of the village, you can play a game of boules. You can also visit the Palasca railway station where the movie "L'Enquête Corse", directed by Alain Berberian, was filmed.
The church of St Maria Assunta (17th century) is in Baroque style and inside you will find several works classified as historical monuments such as three paintings (Christ on the Cross supported by God the Father between the Virgin, St John, St Peter and the donors, Job and The Annunciation with St Joseph and St Francis Xavier) and an organ. In the past, the village was overlooked by the castle of San Colombano di Giussani, an ancient fortress of the Marquises of Massa. Today this castle is destroyed, but if you like to walk, you can see the ruins of this ancient building. 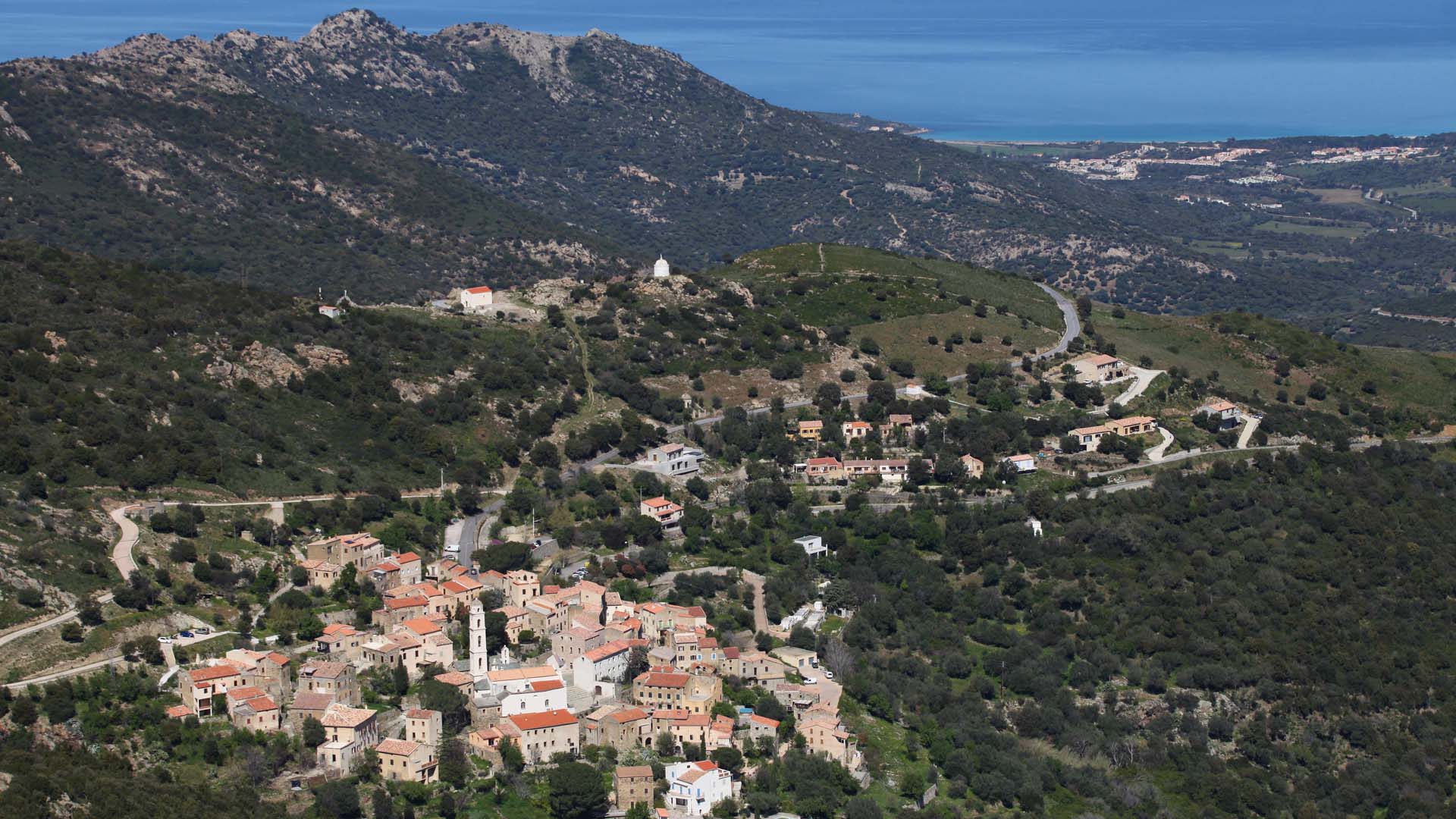