Olmo is located at an altitude of 550 metres and is part of the ancient parish of Casacconi in the region of Castagniccia. Olmo, like all the villages belonging to this region, has a rich vegetation where Corsican scrub and chestnut trees compete with each other. This village has no waterfront and is made up of several hamlets: Barchetta, Casellaje, Quarcetto and Trave.
The main watercourse of this village is the Golo, a coastal river that has its source at an altitude of 2525 metres and that flows directly into the Tyrrhenian Sea.

We know that the history of this village is very ancient, probably Olmo was built on the ruins of the ancient village of San Quilico.
Around the year 1000 this village was burnt down by corsairs, but the inhabitants were not discouraged and never abandoned their territory. In the 15th century, Giovanni della Grossa – whose chronicles are the only internal medieval sources – wrote: “the parish of Casacconi has 420 firesides distributed in 19 villages, the best known of which are Olmu and Crocichja because they are inhabited by the leaders of the parish”.

Art lovers can visit the parish church of St Cyr and St Juliet (17th century), which was built on the foundations of the ancient church of the Holy Cross. This church was renovated several times in the 18th and in the 19th century.
If you like walking, you can take a look at the vestiges of the Castelluciu fort (13th century), built by the lord of Cinarca. Not far from the Carcarone pass, you can admire the vestiges of the Castellu of Carcarone (13th century), which was a powerful fortress built to ward off the invaders. 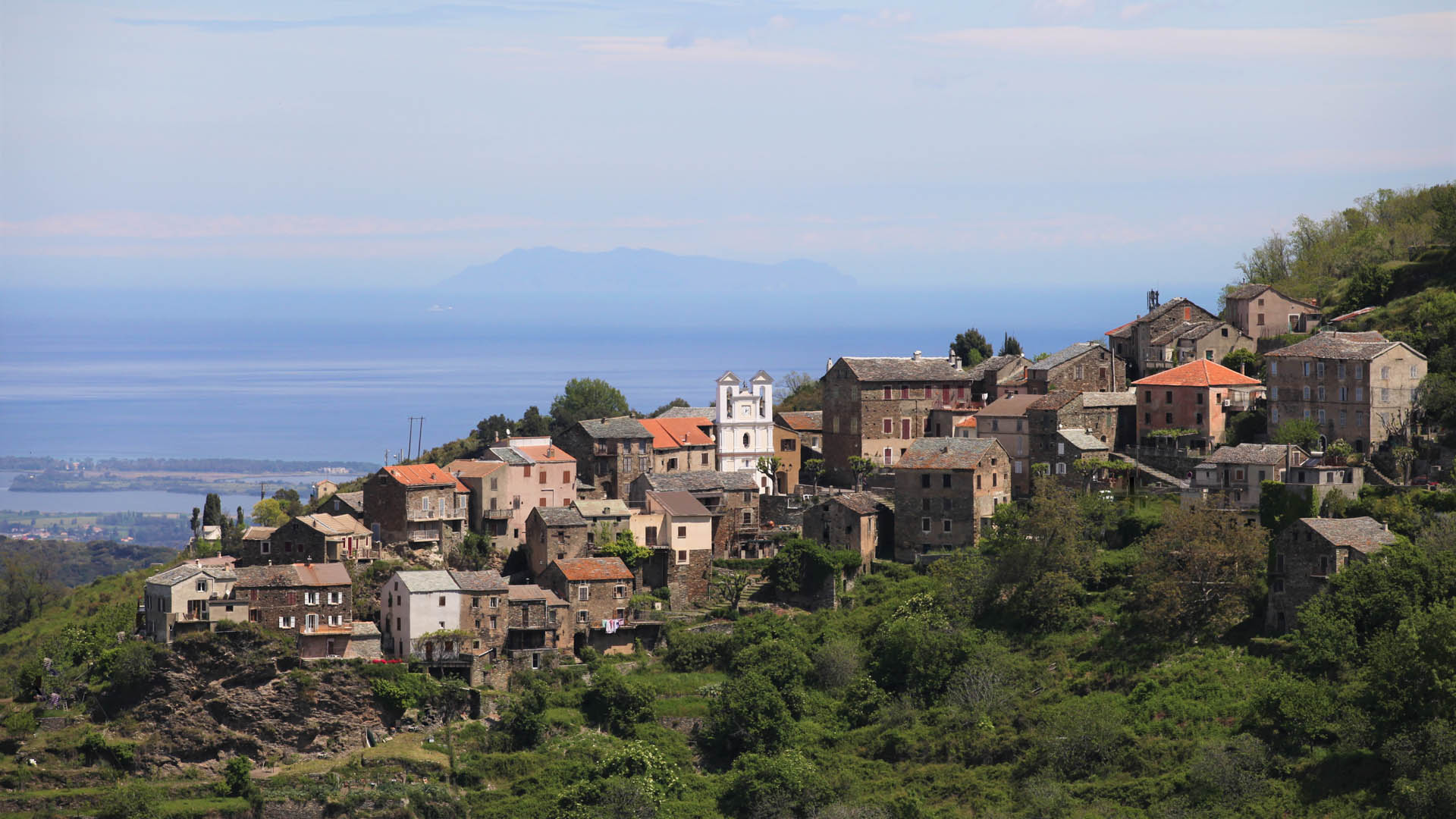