Olmi-Cappella is the most important village of the ancient parish of Giussani and is located at an altitude of 880 metres in Upper Corsica. It is a mountain commune and the starting point for beautiful walks. Several paths cross the village, for example the "sentier patrimonial d'Olmi-Cappella" or the "Olmi-Cappella à Belgodère”. The village is part of a mountain micro-region with Vallica, Mausoléo and Pioggiola.

The Tartagine forest covers the south-eastern part of the municipal territory, which belongs to the Regional Natural Park of Corsica. If you want to visit this park, then you will have the pleasure of observing Corsica's indigenous flora, whose main feature is the pozzine - protected peat bogs that are located between the Montane and Alpine level. The park's fauna is very varied: mouflons, Corsican red deers, bearded vultures, ospreys, Hermann's tortoises and golden eagles.

This village has an extraordinarily rich historical heritage and was inhabited by Carthaginians, Phoenicians and Romans who exploited the Tartagine forest to build their warships. But this village has a more ancient origin: it is not by chance that many prehistoric sites can be found in this territory, for example the Neolithic site of Escita with its megaliths, its enclosures and its cup-marks.
Today you can also visit the church of St Nicola (16th century), where there is a painting by Nicolao Castiglioni, entitled Sant'Antonio Abate, San Filippo Neri, San Giacomo and San Giorgio at the feet of the Virgin and Christ Child.

Every year Olmi-Cappella hosts theatre workshops organised by the Association des Rencontres Internationales Artistiques, which was founded in 1998 by Robin Renucci. This association runs a theatre education and training centre. If you are on the Balagne region in August, then you cannot miss the most important cultural event of the summer: The International Theatre Meetings in Corsica.

The village is located at 36 km from Ile-Rousse and at 46 km from Calvi. The main access to Olmi-Cappella is the D 963 road 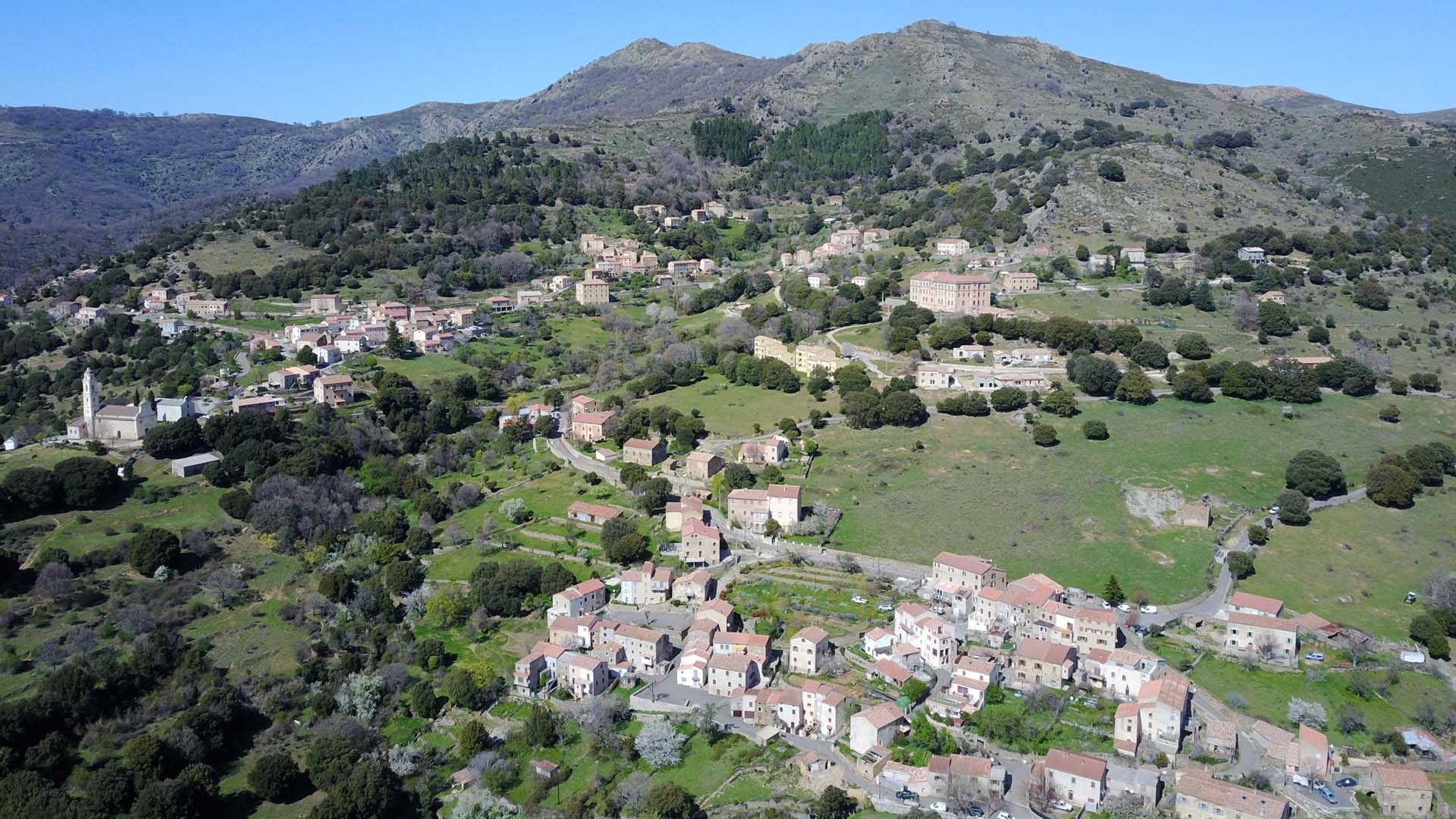