Olmeta-di-Tuda is located at an altitude of 300 metres and is part of the ancient parish of Rosolo, of which it was the main village. The population of this village increased from 1873, after the discovery of a copper mine – of which today you will find only few vestiges – that provided work for a large part of the population of Olmeta-di-Tuda. When this mine was closed (in the first half of the 20th century), the population of the village began to decline, but today the population is increasing again thanks to tourism and to the exceptional location of Olmeta-di-Tuda: this village is located a few minutes from Saint-Florent and not too far from the international airport of Bastia.
The main waterways of this village are the Bevinco – a river that rises at an altitude of 1395 metres and ends its course in the Biguglia pond – and the streams of Fangone, Forne, Sant'Andrea and Tendigiola.

This village was the birthplace of Jean Pie Hyacinthe Paul Jérôme Casale (1893-1923), a World War I ace, credited with thirteen aerial victories. After the war, he participated in numerous studies on the effects of altitude on the human body and he broke several records.

Art lovers can visit the parish church of St Mary of the Assumption, which contains three paintings classified historical monument: The Sacrifice of Abraham, Christ driving the merchants from the temple and The Annunciation. In the centre of Olmeta-di-Tuda you can run into the castle of Tuda, which is made up of two houses dating back to the 16th century that are connected by a red-brick tower built by the architect Visconti in the 19th century.

Olmeta-di-Tuda is located at 21 km from Bastia, at 68 km from Corte and at 78 km from Calvi. This village is crossed by the D82 road. 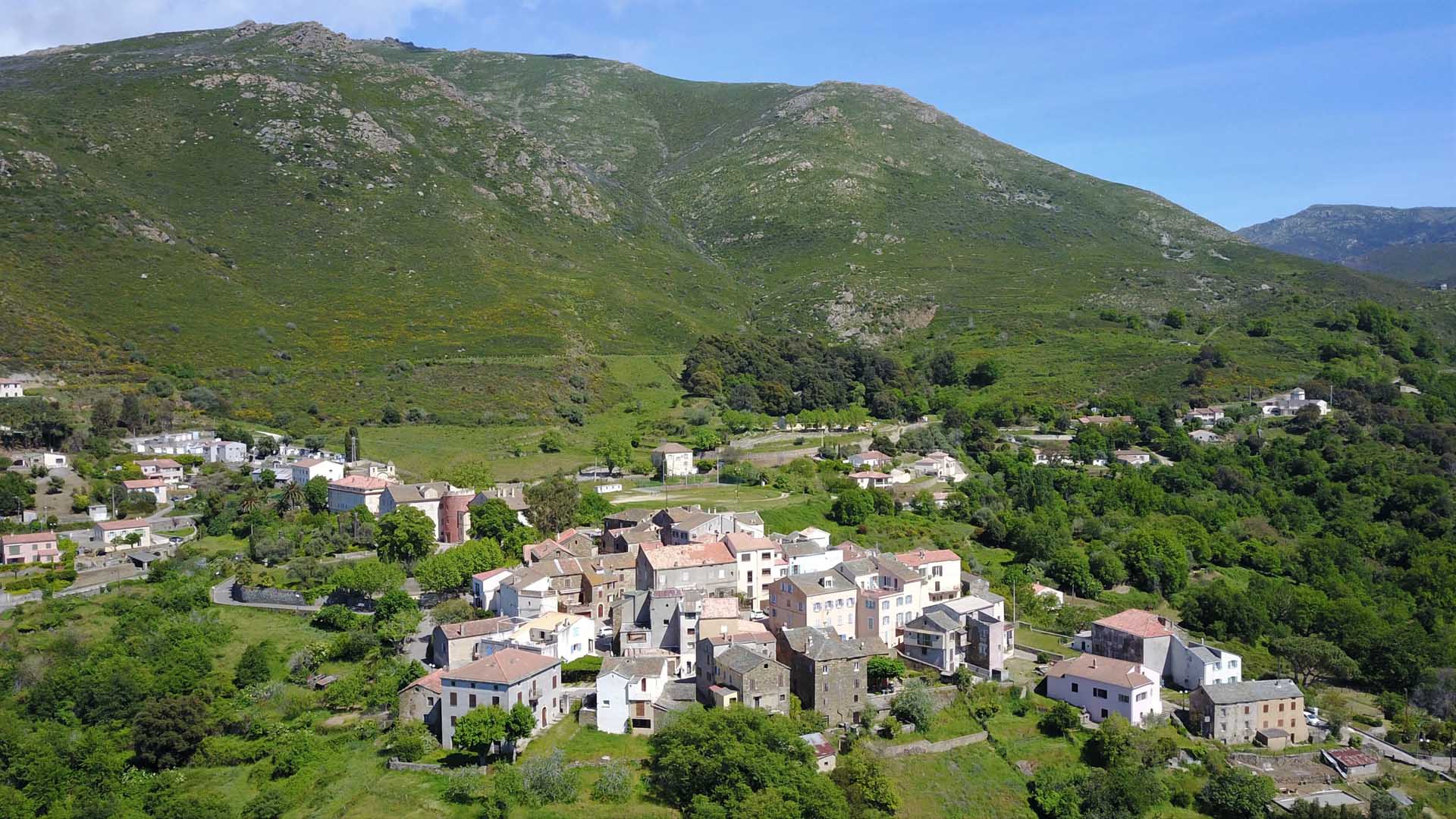