Olivese is located at 550 metres above sea level and is part of the ancient parish of Ornano. It is a village surrounded by medium-sized mountains and is an excellent starting point for many excursions. From Olivese you can reach several climbing sites such as Monte Rossu and Petra Piombu. In the surroundings of the village hikers can refresh themselves near the waterfall A Piscia di Alba.
The vegetation in Olivese is very dense: Corsican maquis and trees compete with each other. The main watercourses are the Taravo – a coastal river that flows directly into the Mediterranean Sea to the west of the island – and several streams.

This village has an ancient history: archaeologists discovered several finds that attest to human presence in the territory since millennia. There are also some Saracen tombs that show that the village was attacked by Barbary pirates.

Art lovers can visit the chapel of St Georges (19th century) in the hamlet of Valdu. A legend says that strange things happened during the construction of this chapel: the first stones disappeared, but the inhabitants found them a few days later in the middle of the Corsican maquis. This phenomenon recurred every night: the villagers started building the chapel during the day and the stones moved during the night. Some villagers – who thought that it was a bad joke and who wanted to find the pranksters – decided to control the site during the night. To their surprise, they saw the stones flying, guided by a ghostly glow. The villagers decided to obey this supernatural will and built the chapel in the place that we can see today.
You should visit the parish church of St Agostino (19th century) – which has a splendid campanile – and the Genoese bridge of a Trinita (17th century) –  which crosses the Taravo.

Olivese is located at 51 km from Ajaccio, at 52 km from Sartène and at 92 km from Cargèse. This village is crossed by the D757 road. 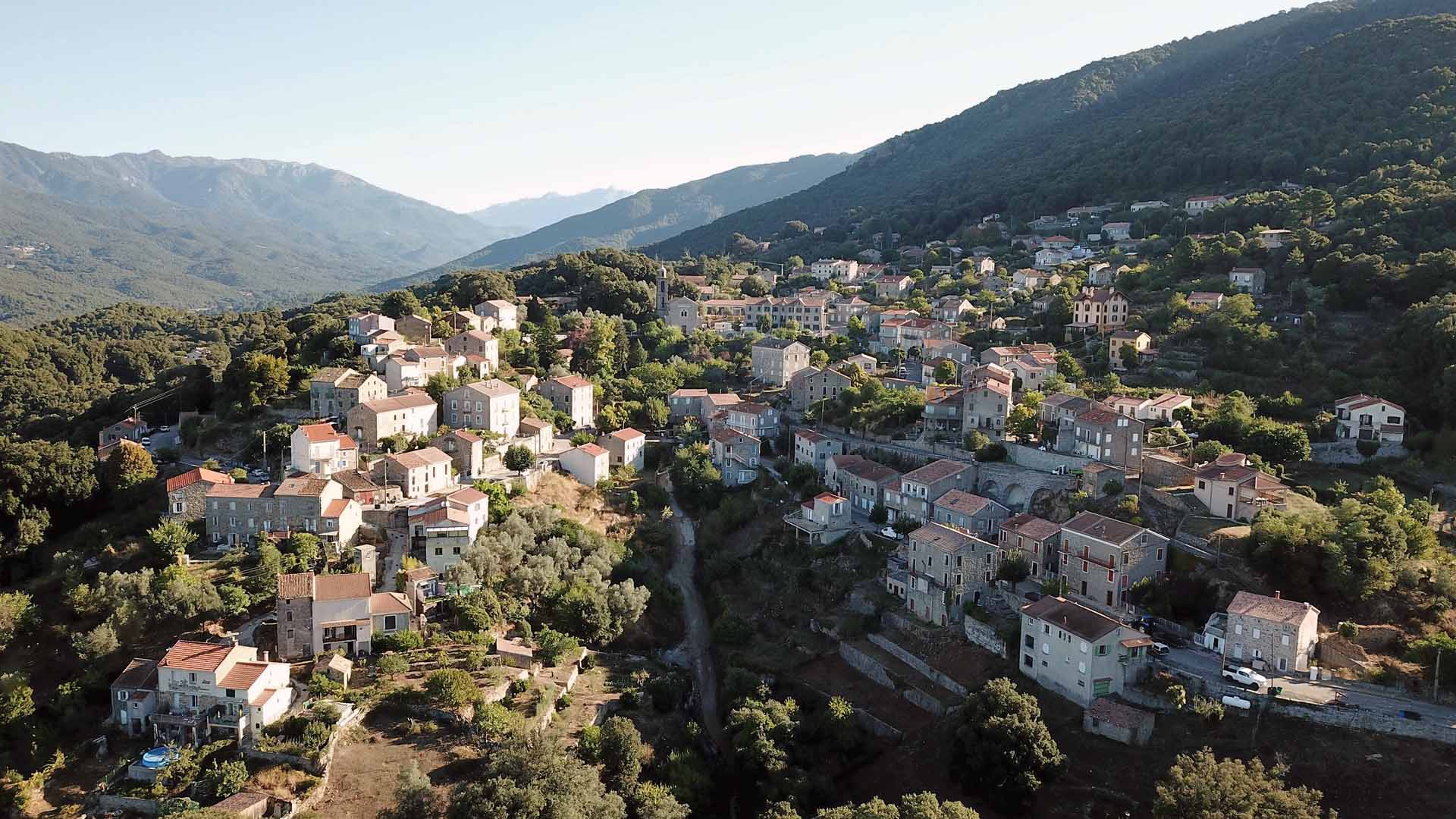