Olcani is located at 350 metres above sea level and is part of the ancient parish of Nonza, on the Cap Corse peninsula of which it is the only village without a coastline. This small village is located in the centre of Cap Corse and, with the village of Ogliastro, is considered the regional green lung. Several peaks can be reached from Olcani: Monte Cagnolu (1017 m), Monte di Scolca, Monte di a Cibiola (1196 m), Monte Caneto (1256 m), Monte Stello (1306 m) and Cima di e Follicie (1324 m). This village is covered with Corsican scrub, but you can run into some holm oaks, olive trees and chestnut trees.

This village is part of a second-generation natural area of ecological, faunal and floristic interest: Crêtes asylvatiques du Cap Corse.

If you love walking, you can take the excursionist path called Le sentier de la montagne. This path – which is four kilometres long and with an altitude difference of 120 metres – will allow you to discover the natural and artistic heritage of Olcani in less than two hours.

You could also take a look at the vestiges of the chapel of St John (16th century). It is said that this chapel replaced an old building dating back to the 4th century which was used by the nomadic shepherds who roamed the region of the Serra. If you want to reach this chapel, you should pay attention to the Corsican scrub, which is very present and which sometimes hides the paths. You should also take a look at the ruins of the chapel of St Quirico (10th century), where you can admire some frescos in good condition.

Olcani is located at 33,5 km from Saint-Florent, at 48 km from Bastia and at 79 km from Île-Rousse. This village is crossed by the D233 road. 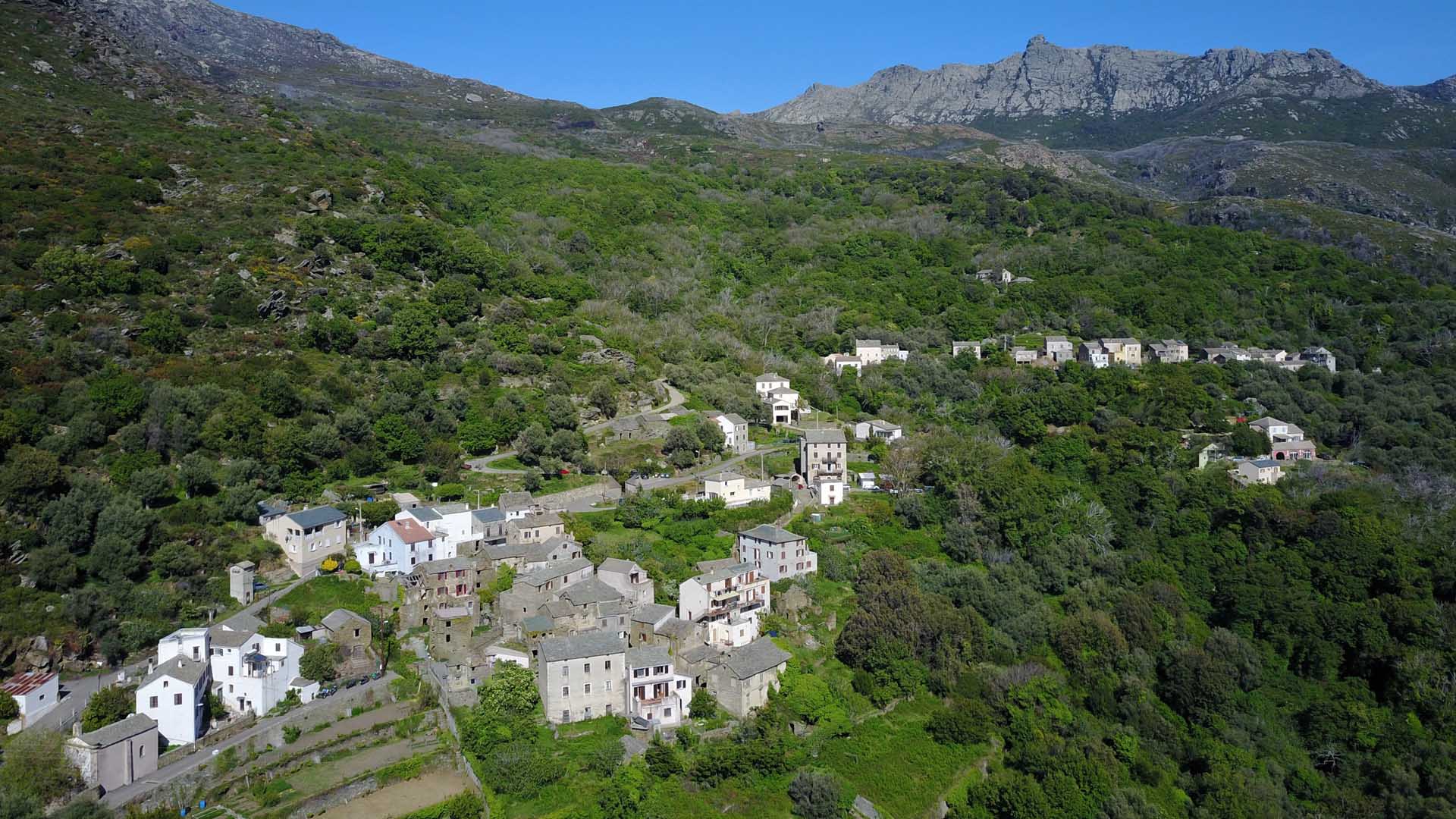