Occhiatana is located at an altitude of 350 metres in Upper Corsica and belongs to the ancient parish of Tuani, in Balagna. This small village is located between the sea and the mountains and enjoys a temperate Mediterranean climate. The olive tree is common throughout the territory of the village and plays an important role in the local economy. This village is built on the slopes of Mount Pinzu Sordu (1206 m), which is part of the mountain range that surrounds Balagna.

The village's patronal festival is celebrated on 24 August and lasts three days to the delight of inhabitants and tourists. Art lovers can visit the parish church of St Bartolomeo (17th century), which contains 96 works of art listed in the general inventory of cultural assets, including the statues of the Virgin with Christ Child and Saint Anthony with Christ Child. The old chapel of the brotherhood has been restored by the association Per l'Animazione d'Ochjatana and now is the real place of life and meeting of the village, the nerve centre.

This village is the birthplace of Damasco Maestracci (1888-1976), the most productive and imaginative Corsican artist of his generation and of André Giusti (1906-1943), a hero of the Corsican resistance during the Second World War, who was decorated with the military medal and with the war cross by General Giraud.

Occhiatana is crossed by the D 71 road and by the RN 197 one. The village is located at 40 km from Calvi and at 19 km from Île-Rousse. 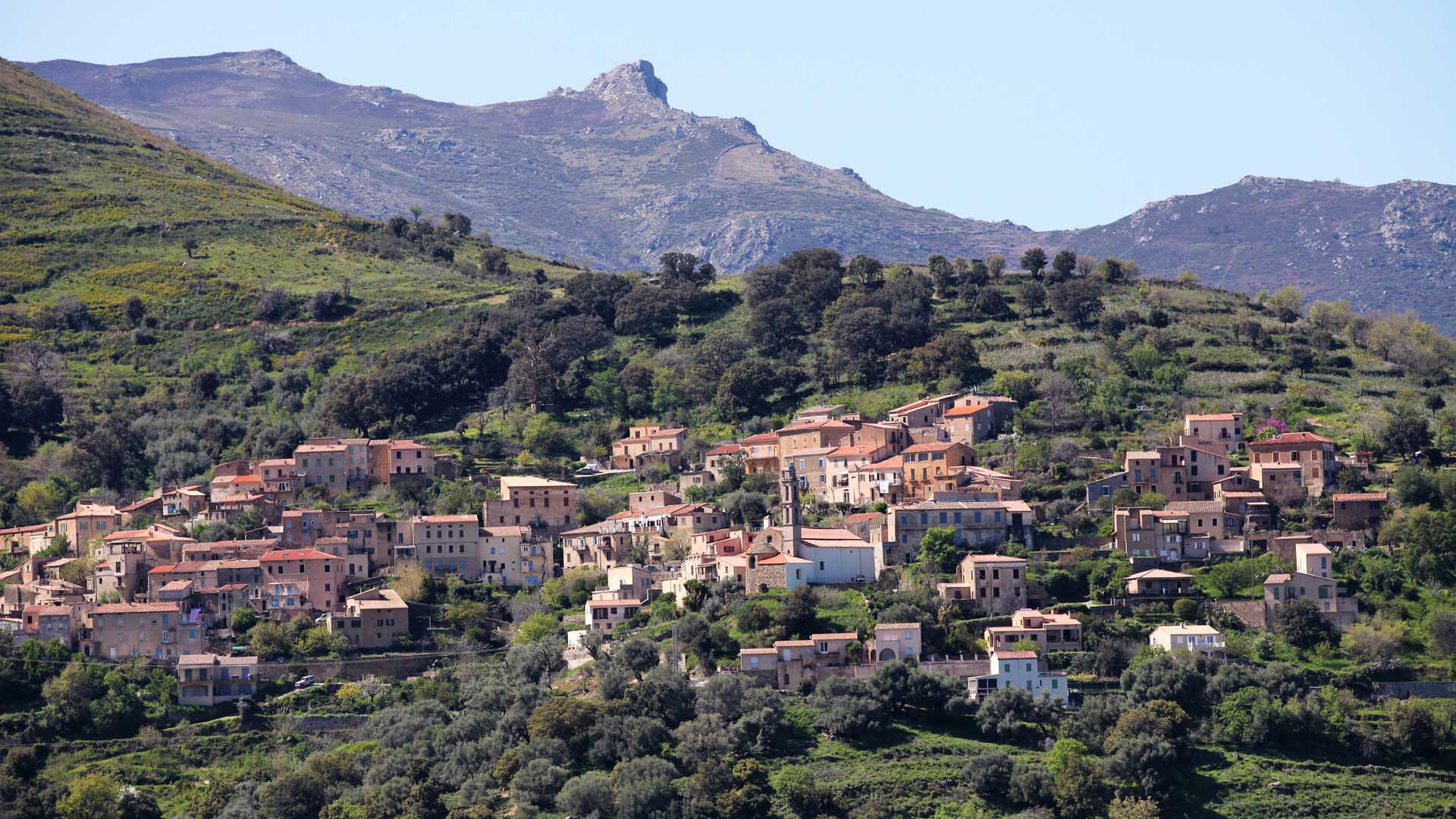