Novale is located at an altitude of 600 metres and is part of the ancient parish of Alesani in Castagniccia. This region has its peak at Monte San Petrone, at 1767 metres above sea level. Novale is surrounded by high hills covered with chestnut woods. In general, the villages of Castagniccia are a true paradise, where you can seek peace and quiet and find a nature that is still well preserved and almost unspoilt. This village is an excellent starting point for many excursions.

This village is part of a second-generation natural area of ecological, faunal and floristic interest: Châtaigneraies de la petite Castagnicci. Novale is part of the regional natural park of Corsica.

It was in Novale that the ghjuvannali – a Franciscan current considered heretical by the official church – were exterminated following an ambush in Batagliaghju (14th century). This is one of the darkest pages in the history of Corsica.

The parish church of St Stephen (18th century), whose pediment challenges the sea, has recently undergone several restorations. The painted decorations, most of them painted in the Baroque style by Gherardi between 1850 and 1870, have recently been restored to their original splendour. The architects wanted to build a church exposed to the light, just like the heavenly Jerusalem.
If you love walking, then you should climb to the heights of Cozzi, where you can enjoy a breathtaking view: you can see the other villages of the ancient parish, the sea and the island of Montecristo.

This village is located at 38 km from Aléria, at 69 km from Corte and at 75 km from Bastia. Novale is crossed by the D17 road. 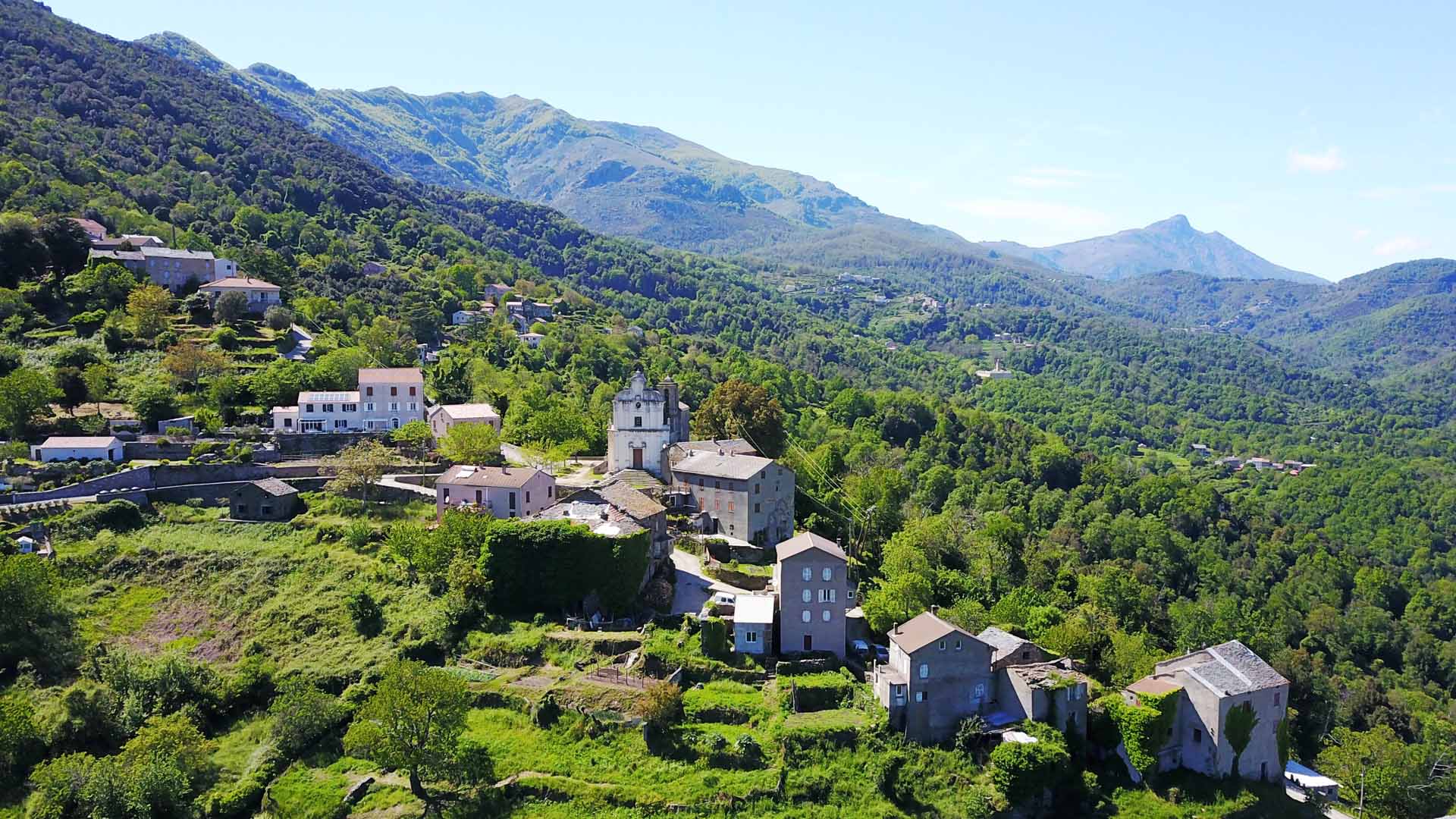