Monticello is a small village in Haute Corse located between Île Rousse and Calvi. This small village belonging to the pieve of Aregno, in Balagne, is perched at an altitude of 218 m on a promontory called "the golden islands".

On its eastern side, Monticello is bordered by a mountain ridge running from north to south, starting at the Saleccia tower until Cime a Pergole (324 m), then moving west towards its highest peak, Punta di Colombaja, at 409 m above sea level overlooking the village, passing through the San Francescu chapel.

The closest towns to Monticello are Santa Reparata-Di-Balagna at 3.3 km, Ile Rousse at 3.9 km, Corbara at 6.6 km. The heart of the village of Monticello is made up of old buildings grouped around its parish church of San Sebastianu, built at the beginning of the  17th century, and separated by narrow alleys and vaulted passages under some houses.

The communal cemetery in which theparish church of San Quilico is located is on the heights of the municipality. Michel Rocard's ashes rest in this cemetery. Jacques Dutronc  has owned a house on the heights of the town since  1967. Michel Mallory, singer and lyricist for  Johnny Hallyday, was born in the village. 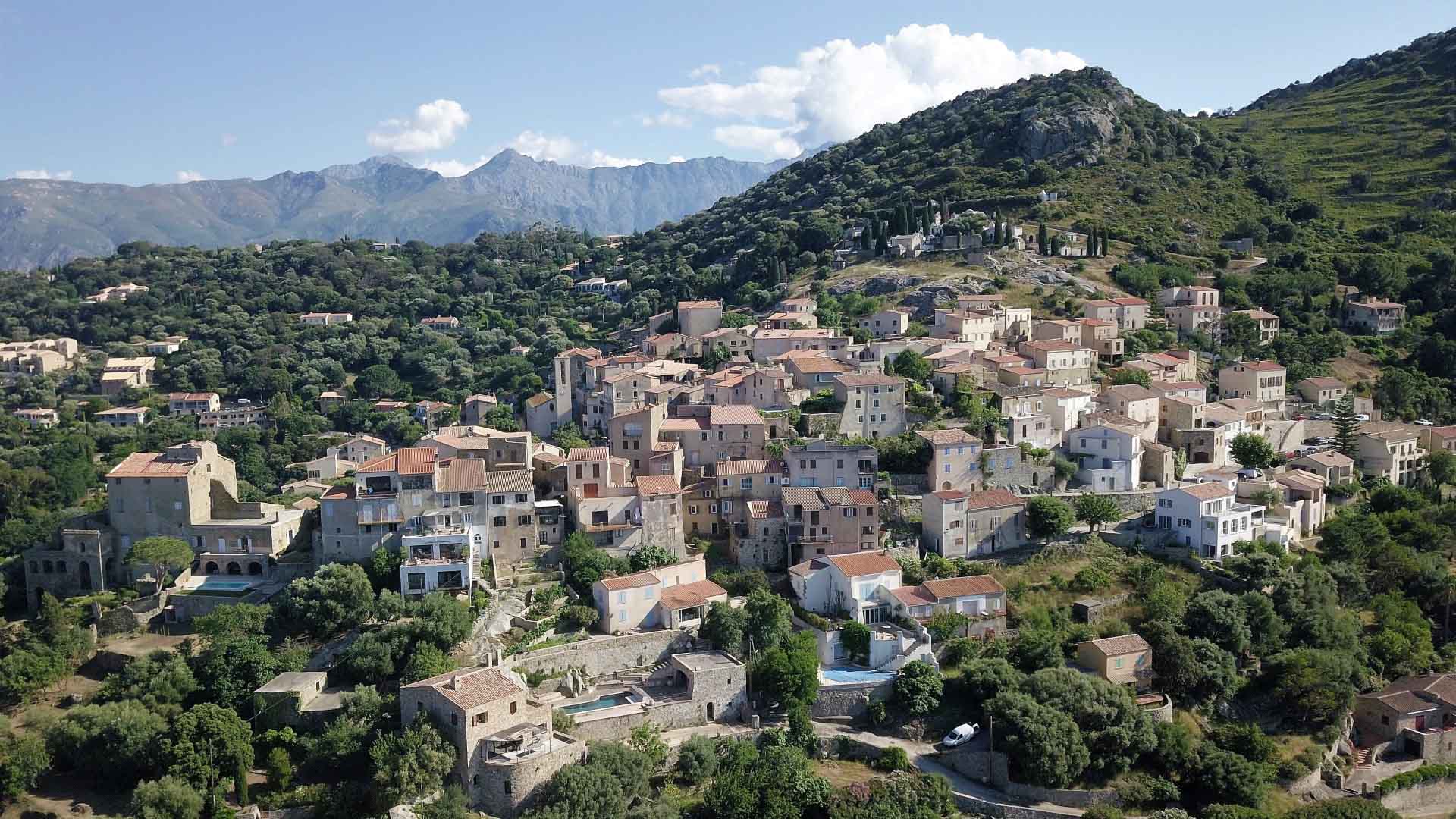