Mela is located at 650 metres above sea level and is part of the ancient parish of Tallano. This village is surrounded by medium-sized mountains and is located in the natural region of Alta Rocca, between La Rocca and the Bavella pass (1217 m), where the panorama is among the most distinctive and impressive to be found in Corsica; for this reason – although it is a little way from the main resort towns – we highly recommend an excursion.
The main watercourse in this village is the Fiumicellu river, which is a tributary of the Taravo and which has its source at 1350 metres above sea level. Mela has also different streams: such as Casavecchia, Culumbella, Mezzane and Petra Grossa.

This village is located close to the site of Cucuruzzu, which dates back to the Bronze Age, and has medieval origins.
We know that the existence of this village is documented from the first half of the 15th century, indeed Mela appears on the oldest land registry map of Corsica.
Several vendettas took place in Mela, especially in the 18th and in the 19th century: Antono Santalucia, Giacomo-Antono Giacomoni and Giuseppo Quilichini terrorised the Alta Rocca region to fight against the Poli family and the Quilichini family.

Art lovers can visit the parish church of the Assumption (19th century). This church has three beautiful stained-glass windows representing the Virgin Mary, St Peter and St Francis of Assisi. You should also take a look at the old church of St Mary of the Assumption (9th century), which is located in the small village cemetery.

Mela is located at 25 km from Sartène, at 44 km from Porto-Vecchio and at 92 km from Ajaccio. This village is crossed by the D268 road. 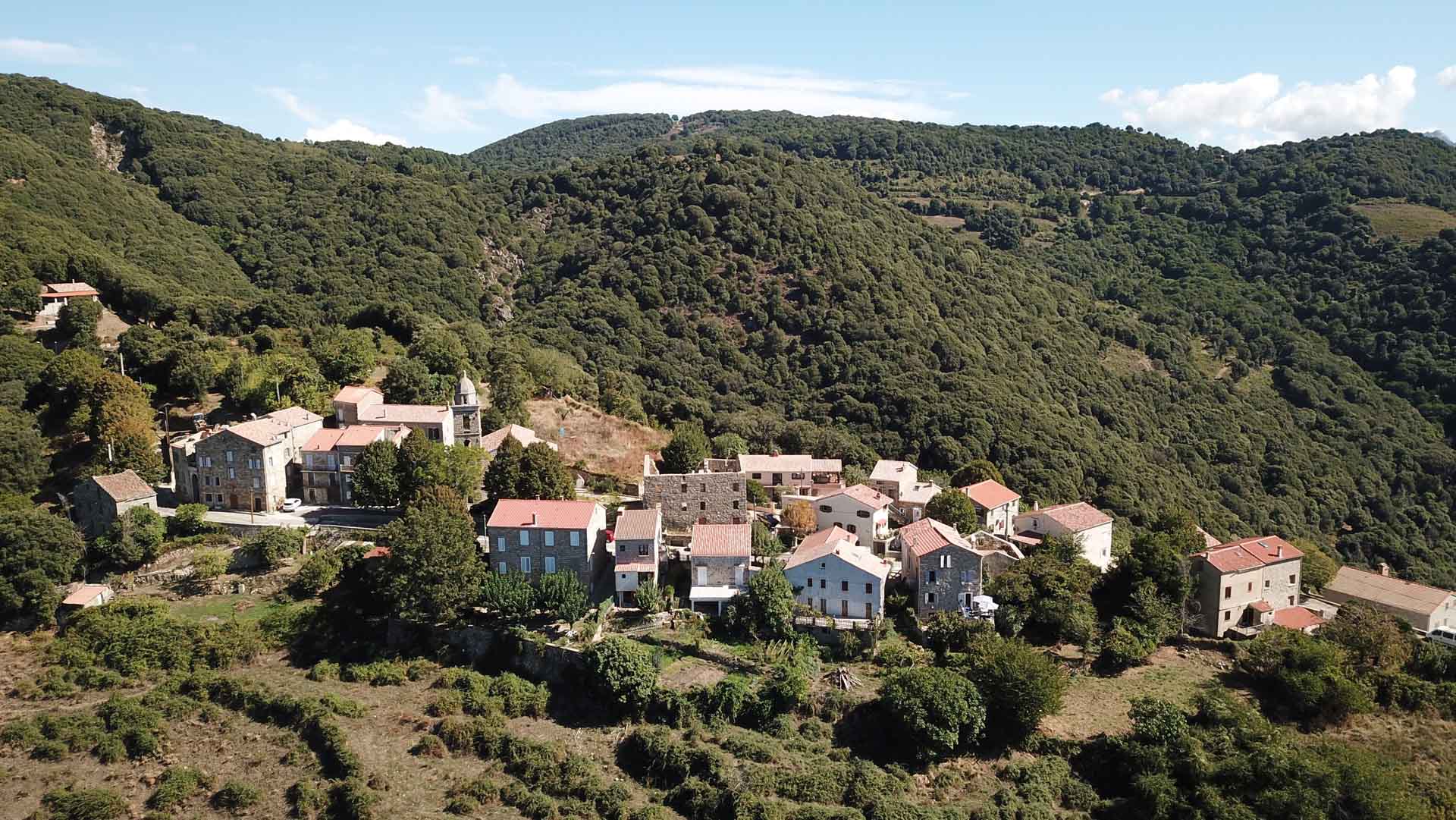