Matra is located at 570 metres above sea level and belongs to the ancient parish of Serra, a region of Upper Corsica. It is a mid-mountain village, a good starting point for several hikes such as the Zalana-Matra trail, the Pianellu waterfall and La Punta di Caldane. These hikes are not easy, so you need to be in good physical shape and you must have the right equipment.

Matra was an industrial village thanks to its mines, whose exploitation changed the lives of its inhabitants at the end of the 19th century. It is sure that the exploitation of the mines contributed to the economic well-being of the village during the 20th century, but it did not have only positive consequences because industrial waste was dumped near the village’s waterways generating a pollution that remains an unresolved problem.

Inside the village, you can visit the parish church of San Bernardino (16th century), which was remodelled at the end of the 17th century and in the second half of the 19th century. This church has six side chapels, not communicating, with barrel vaults. Not far away, you can find the convent of St. Francis (17th century), now in a poor state. However, you can still admire its imposing façade and the remains of the convent church, where some frescoes are still visible.

This village is crossed by the D16 road and is located at 36 km from Corte and at 78 km from Bastia. 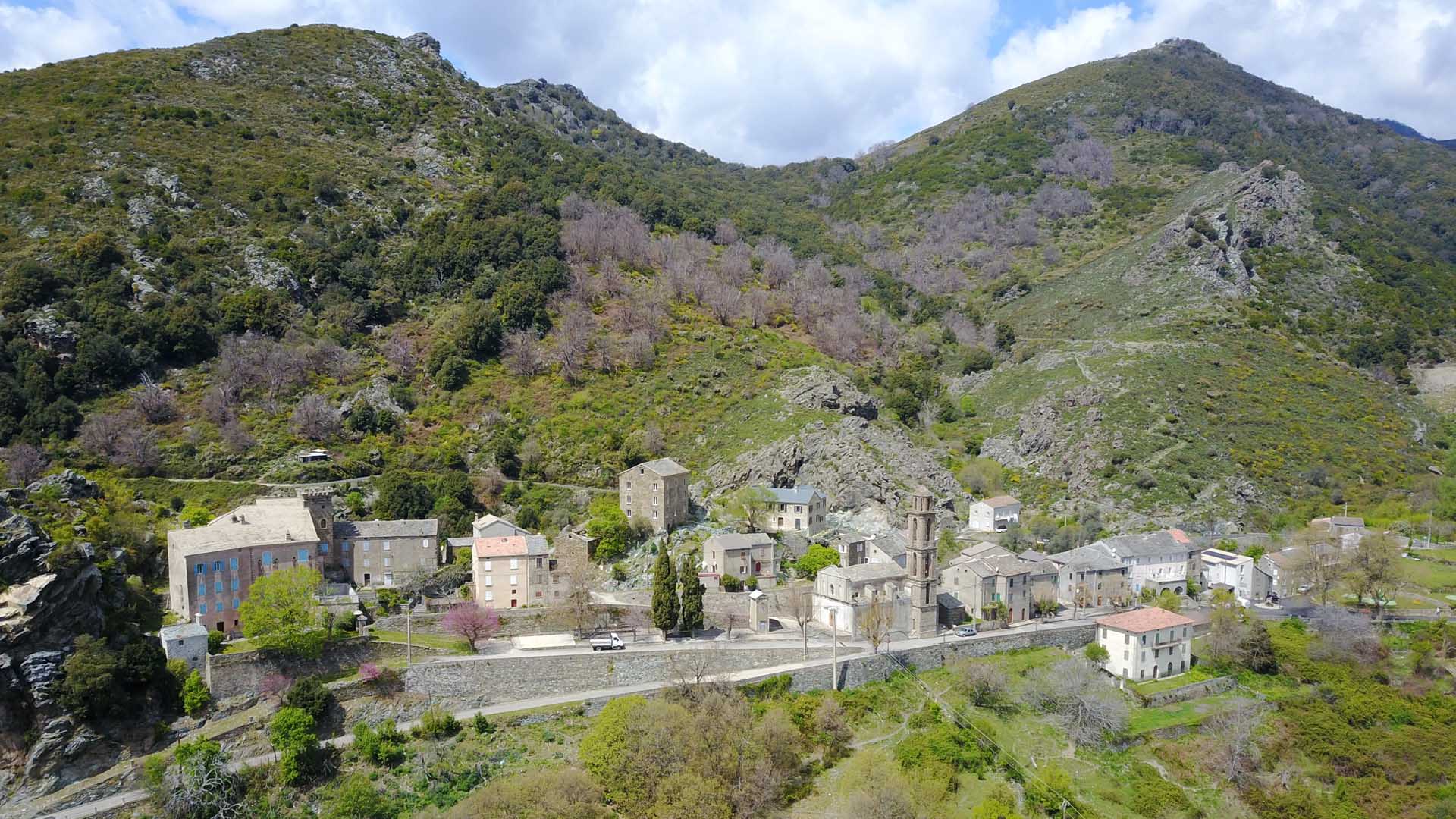